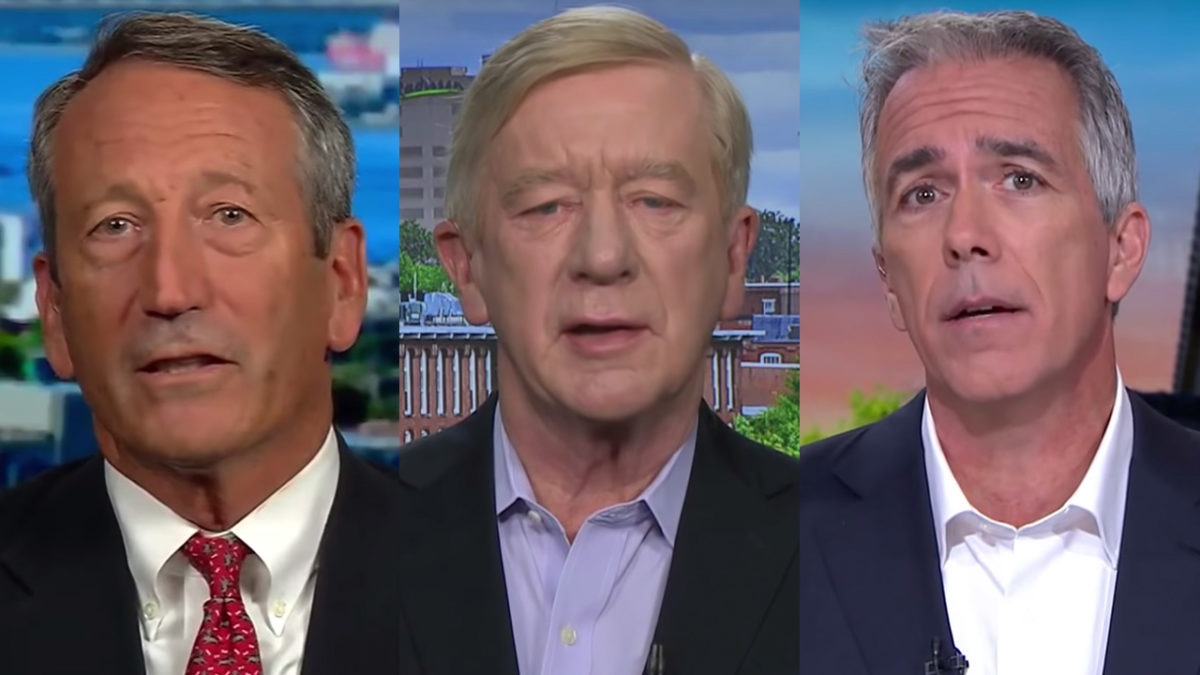 The three Republicans mounting incredibly long shot campaigns against Donald Trump in the GOP primary race have come together in a new op-ed out tonight criticizing the party over several states cancelling primaries.

Joe Walsh has been outspoken recently about the move, calling it “undemocratic BS.”

In the Washington Post op-ed tonight, Walsh, Mark Sanford, and Bill Weld all agree that “the Republican Party has taken a wrong turn, led by a serial self-promoter who has abandoned the bedrock principles of the GOP.”

Several states have already cancelled primary races, and all three are denouncing the move as basically a fearful reaction:

If a party stands for nothing but reelection, it indeed stands for nothing. Our next nominee must compete in the marketplace of ideas, values and leadership. Each of us believes we can best lead the party. So does the incumbent. Let us each take our case to the public. The saying “may the best man win” is a quintessential value that the Republican Party must honor if we are to command the respect of the American people. Cowards run from fights. Warriors stand and fight for what they believe. The United States respects warriors. Only the weak fear competition.

All three have very slim chances of beating Trump in the first place, but they argue, “Since when do we use poll numbers as our basis for deciding whether to give voters an opportunity to choose their leaders, much less their presidents? Answer: We don’t.”