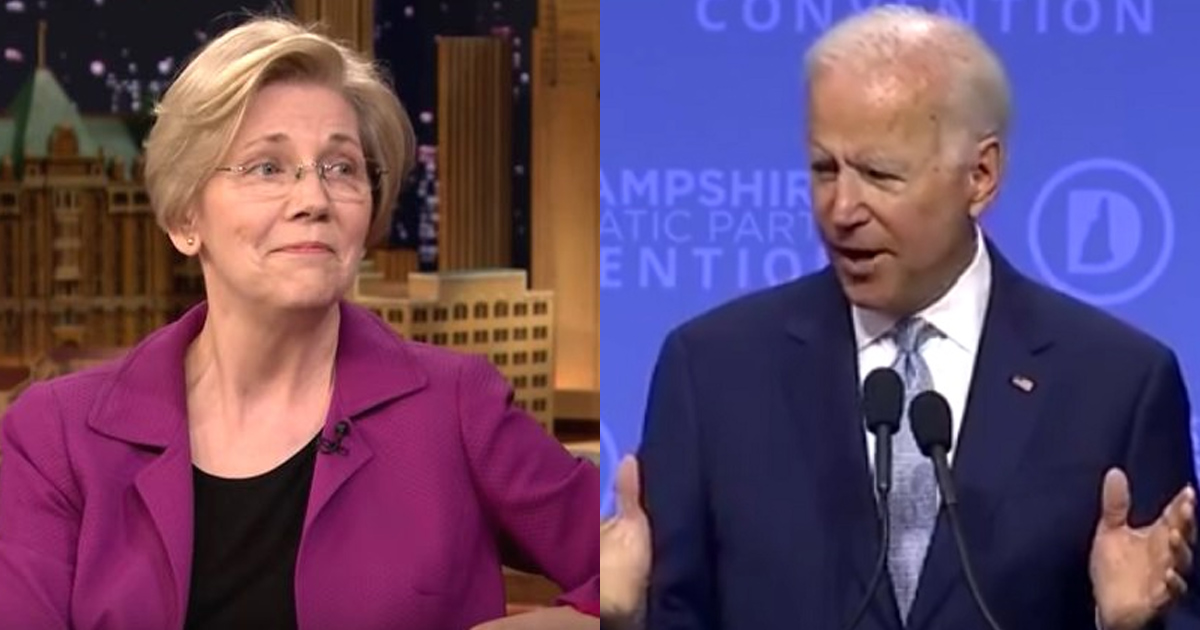 The latest polling out of New Hampshire shows 2020 candidate Sen. Elizabeth Warren well out front of the rest of the field, and even ahead of former VP Joe Biden, who is generally the frontrunner in most polling.

The Monmouth University poll published Tuesday shows Warren ahead of Biden by two, at 27% to 25%. The third place spot goes to Bernie Sanders at just 12%. 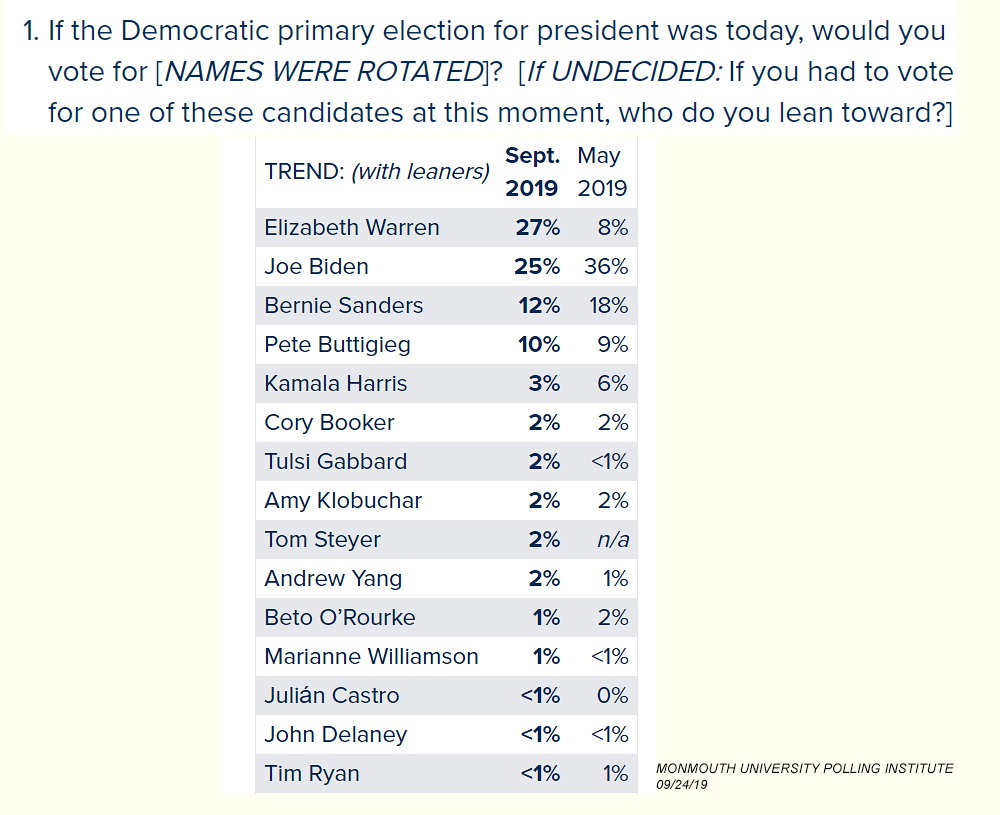 As Politico notes, it’s not just New Hampshire. Warren is climbing ahead in three key primary states, the other two being Iowa and Nevada.

The Des Moines Register/CNN poll just a few days ago had Warren at 22% over Biden at 20% and Sanders at just 11%.

In a Nevada poll also released on Tuesday Warren is in second, but again in a close spot with Biden at 23 and 19, and still well ahead of the rest of the pack.

It’s a race! And at this point, the biggest rival to overall front-runner Biden appears to be Elizabeth Warren. At least for now.