Yeah, We Blew Off the CNN de Blasio Town Hall Too … But Hoo Boy Was It Cringeworthy 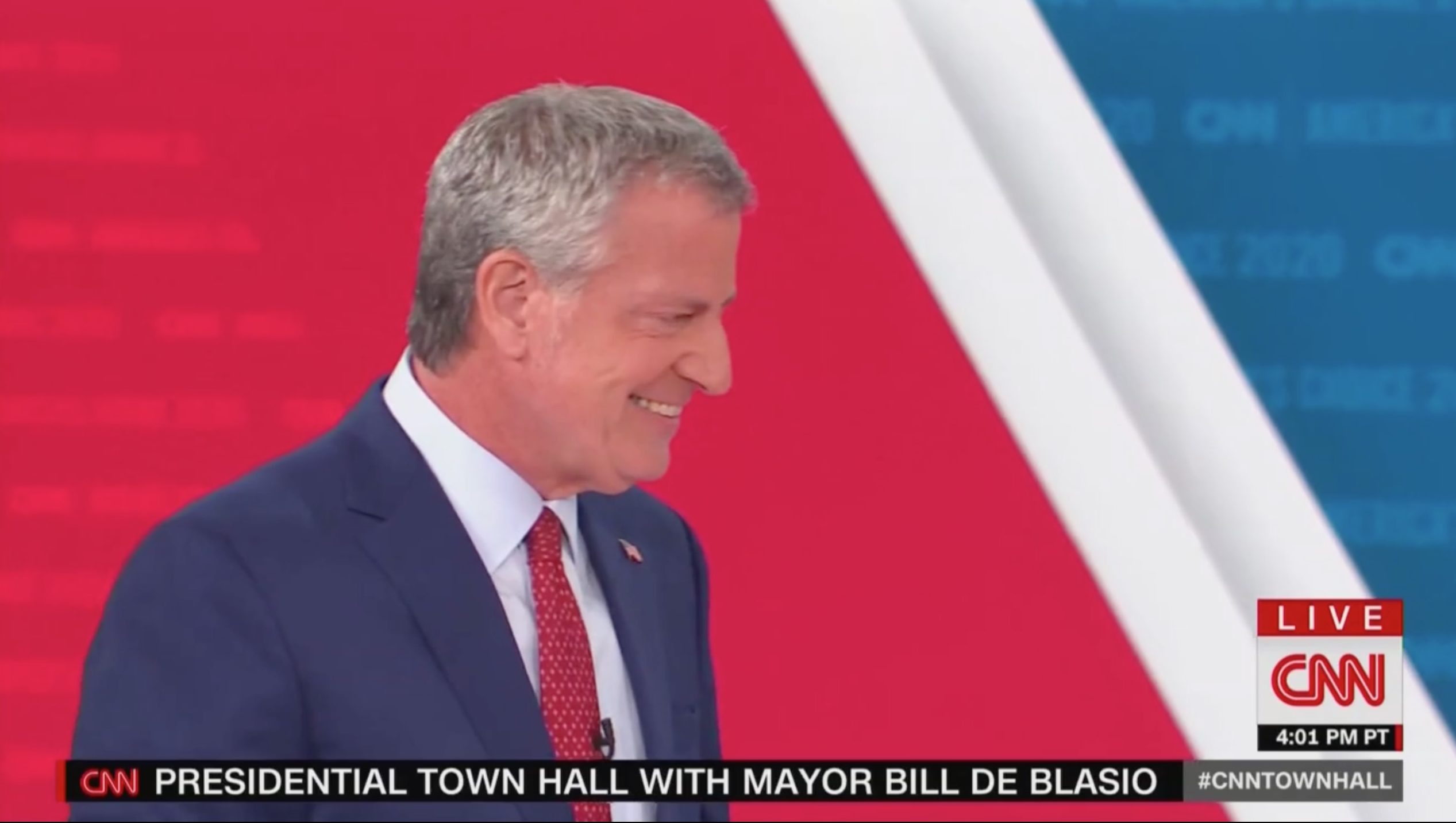 New York City Mayor Bill de Blasio has — evidently — not gotten the memo recently received by Eric Swalwell, John Hickenlooper, and Seth Moulton (among others) that he’s not supposed to be running for president. And so CNN, on Sunday night, went through the motions of pretending de Blasio is a thing by hosting a one hour town hall with hizzoner.

Like you, we here at Mediaite blew off this drivel when it first aired — because seriously, what was the point? But since we pride ourselves on complete coverage of the three major cable networks, we took a quick scan through the transcript and video and found that, yes, the de Blasio forum as exactly as awkward as you would expect.

Here are three cringe moments from the hour-long session:

1. de Blasio Makes an Awkward Crack About His Height

Right out of the box, we were gifted with a line that fell completely flat. The mayor botched what should have been an easy icebreaker after being set up by CNN’s Ana Cabrera — who moderated on Sunday night. With the two standing next to each other, Cabrera made light of the fact that the 6’5″ mayor is more than a foot taller than her. And de Blasio took the opportunity to make a canned, try-hard joke about why people should vote for him based on height alone.

“Remember, the taller candidate won every general election for president … there’s only three exceptions in the history of the republic,” he said, grinning. “So if you want to get rid of Donald Trump, choose the tallest candidate.”

Just as was the case at the second presidential debate last month in Detroit, hizzoner was confronted by a protester in the audience who called out the mayor over his handling of Eric Garner’s death.

After a lengthy reply to a Garner question from Cabrera, de Blasio stood uncomfortably and turned away from a woman in the audience as she shouted her questions for the mayor.

“What about Lieutenant Bannon?” The woman said. “What about Officer Ramos? What about other officers that contributed to Eric Garner’s death?”

Cabrera implored the woman not to interrupt the proceeding. But for 20 painful seconds, the mayor looked as though he would rather be anywhere else in the world.

There is perhaps nothing more desperate for a public speaker than to ask for applause from an audience. de Blasio, whose mere candidacy is one of the more desperate endeavors in the history of American politics, acted completely in character by imploring the town hall attendees to show some love to a nurse named Judith working in a New York City public hospital.

“Judith, I really want to say from the bottom of my heart, thank you for what you do,” de Blasio said. “It’s such important work. It’s really tough work. Can we just say thank you to Judith and all the nurses out there?”

Judith, deservedly, got her applause. And the mayor, blessedly, got his too. But as for getting votes … uh … hey, how ’bout a round of applause for Ana Cabrera for soldiering through this thing!?