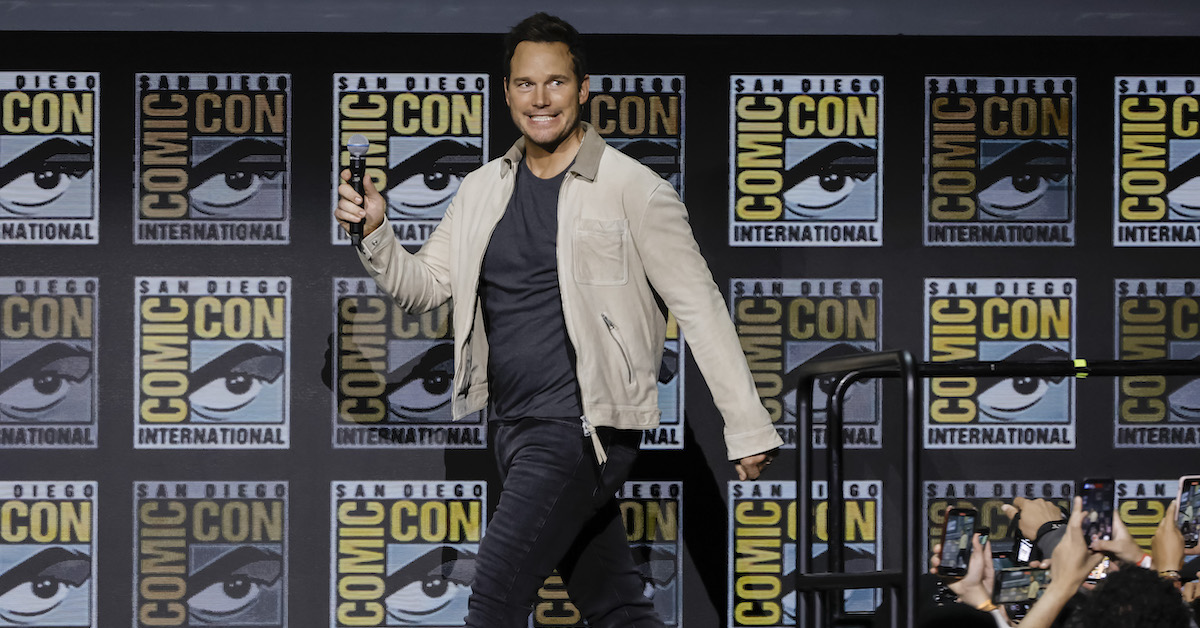 Chris Pratt’s received plenty of social media backlash in the past over his religious beliefs and what many presume to be his conservative leanings, but the actor stays fairly mum on politics. Over the weekend, however, the actor celebrated the streaming success of his show The Terminal List in the face of negative reviews from “woke critics.”

Pratt shared a Daily Mail article to his Instagram story. The outlet reported Terminal List has been viewed for a total of 1.6 billion minutes. The headline to the post read: “The new Yellowstone: Chris Pratt’s new Navy thriller The Terminal List defies woke critics’ scathing reviews to shoot up ratings chart with 1.6 BILLION minutes of streams.” 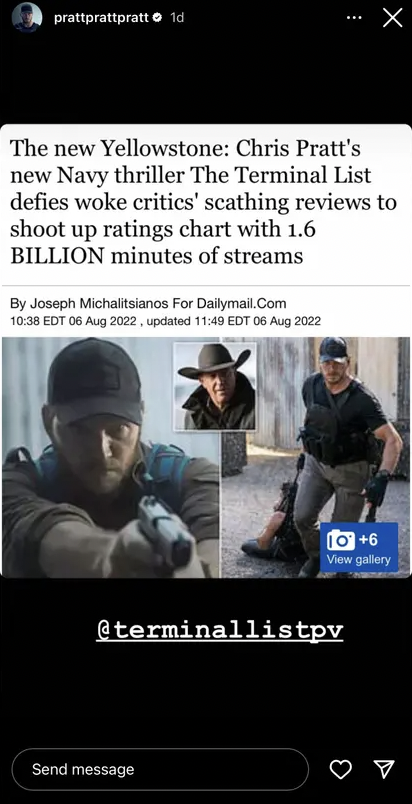 The actor then posted an image of Dr. Evil from the Austin Powers films with a caption reading: “One point six BILLLLLLLLLion minutes.” 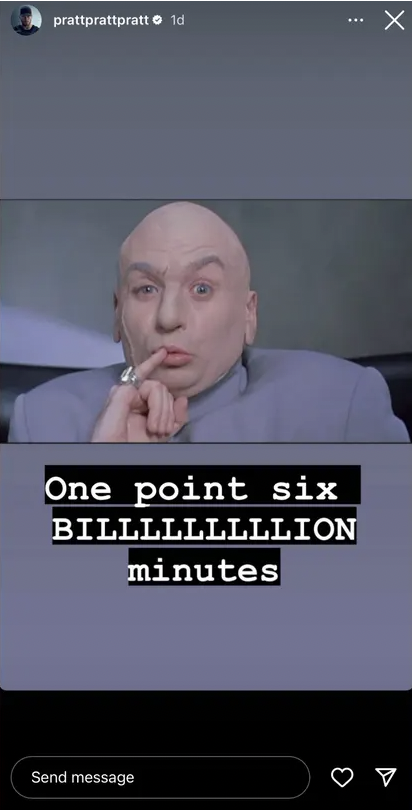 The Terminal List is based on a novel by former Navy SEAL Jack Carr. It follows a Navy SEAL named James Reece taking revenge after his family and team members are killed as part of a conspiracy theory.

Critics’ reviews have been mixed for the project, and audiences appear far more receptive. On Rotten Tomatoes, the show holds a 40 percent “fresh” rating, while its approval score with audience members is 94 percent.

Some critics even accused the action series of having a right-wing bent in their negative reviews.

“It falls right in line with everything that I understand about the current culture and climate in America right now,” the former Navy SEAL said. “It seems to have triggered quite a few of these critics.”

Had some fun with the critics last night on Tucker.
•
Enjoy!
•#TheTerminalList pic.twitter.com/wWuQMtnWdi