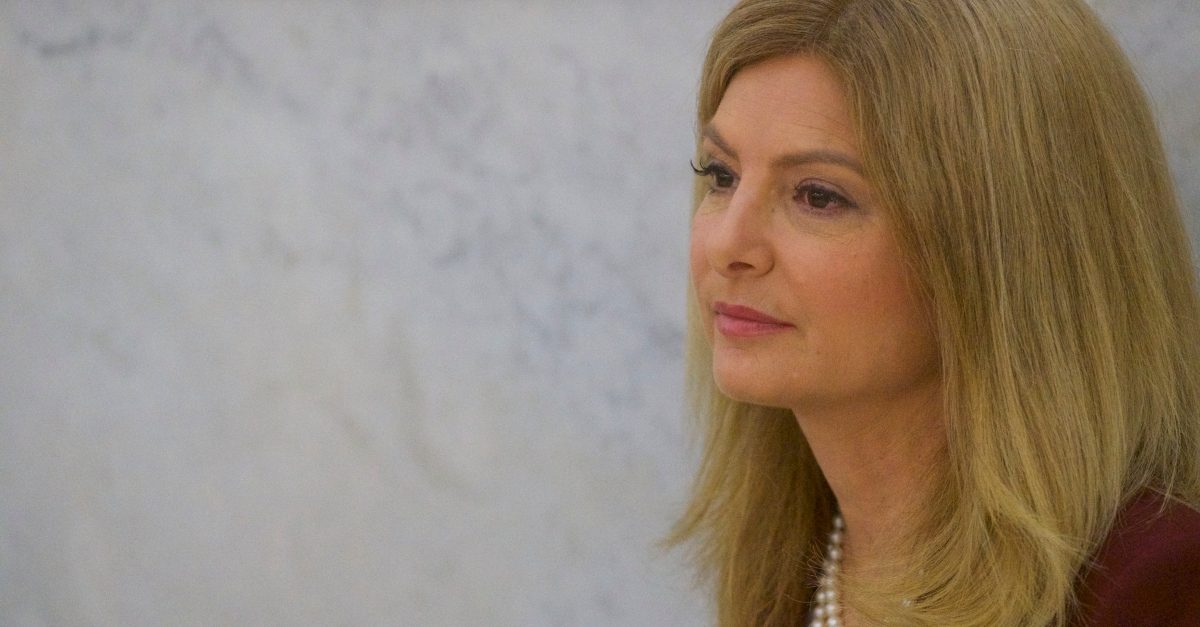 New York Times reporters Jodi Kantor and Megan Twohey’s new book, She Said, dives into the serial sexual misconduct perpetuated by Harvey Weinstein, while also detailing the role that people like attorney Lisa Bloom played in both protecting the entertainment executive’s image and smearing his accusers.

Included in Kantor and Twohey’s work, who — along with the New Yorker‘s Ronan Farrow — broke the Hollywood abuse scandal wide open in the October 2017 and helped launch the #MeToo movement, is a letter that Bloom sent to Weinstein in 2016 explaining how she could discredit rape accusations leveled by actor Rose McGowan. Aside from Weinstein now being accused by at least 80 women of rape, assault, or harassment, Bloom’s involvement with Weinstein has been met with particular criticism given the image she pushed over the years as a feminist civil rights attorney who focused on cases involving women victims of sexual misconduct, such as her work representing Bill O’Reilly’s accuser that led to his ouster from Fox News.

While Bloom’s work for Weinstein has been known for some time, Kantor and Twohey’s obtained a letter that the attorney sent to her then-client detailing her six-option plot to discredit his accusers, get out in front of the impending sexual misconduct headlines, and obfuscate negative stories about him. Journalist Yashar Ali tweeted out the letter to promote Kantor and Twohey’s book, which was released on Tuesday.

It’s a triumph & it exposes predators AND enablers

“Harvey, It was a treat to speak with you today, though yes, we’d all prefer better circumstances,” wrote Bloom in a letter sent months before Weinstein’s misconduct made headlines. “I’ve spent the rest of the day reading Jack and Sara’s thorough reports about Rose, who truly comes across as a pathological liar, and also your former assistant…who seems to be less of a concern.”

Bloom appears to be referencing actor Rose McGowan in much of the letter, but Weinstein’s former office assistant Lisa Rose has also accused her old boss of urging her to step into a private room for a massage.

She went on to mock one of McGowan’s films, saying that she “found it dreadful, but telling as to who Rose is: boy meets girl. Girl trusts boy. Boy murders girl. All men suck. The End.”

The once lauded feminist civil rights icon also explains that, given her work representing women victims in the past, she knows just how to discredit misconduct claims:

“I feel equipped to help you against the Roses of the world, because I have represented so many of them. They start out as impressive, bold women, but the more one presses for evidence, the weaknesses and lies are revealed. She doesn’t seem to have much going on these days except her rapidly escalating identity as a feminist warrior, which seems to be entirely based on her online rants. For her to keep her ‘RoseArm’ following she must continue ramping up the outrageousness of her diatribes. Clearly she must be stopped in her ridiculous, defamatory attacks on you. She is dangerous.”

Bloom then listed a number of options Weinstein can take to mitigate the impact of McGowan’s accusations or scare her into never coming forward, as well as how he can cultivate an image as a progressive philanthropist who supports women:

“1. Initiating friendly contact with her through me or other good intermediary, and after establishing a relationship work out a ‘win-win.’ Key question: what does she want? To direct, it appears?

2. Counter[-]ops online campaign to push back and call her out as a pathological liar. A few well placed articles now will go a long way if things blow up for us down the line. We can place an article re her discredited. We have all the facts based on publicly available information. This can begin simultaneous with #1.

3. Cease and desist letter from me, warning her of the violation of agreement with you and putting her on notice of causes of action for CA claims of false light, invasion of privacy, defamation etc. Risk: she posts the letter online, generating heat and backlash. (Sara: I need to see the agreement, please.)

4. You and I come out publicly in a pre-emptive interview where you talk about evolving on women’s issues, prompted by the death of your mother, Trump pussy grab tape, and maybe hast unfounded hurtful rumors about you. This will be headline grabbing if you express genuine contrition for anyone who hurt you, while emphasizing it was always adult consensual behavior. You thought that was enough at the time but now realize it’s more nuanced, that a power imbalance means something, etc. You reached out to me to help understand rapidly evolving social mores around sexual misconduct because you are a good and decent person (as evidenced by your life’s work making films on important social issues and extremely generous philanthropy) … You should be the hero of your story, not the villain. This is very doable.

5. Start the Weinstein foundation, focusing on gender equality in film, etc. Or establish the Weinstein Standards, which seek to have one-third of films directed by women, written by women, or passing the Bechdel test (two names female characters talk [to] each other about something besides a man), whatever. Announce you will immediately raise the standards re gender parity in very specific ways on all films under your control. Announce partnership with Genna Davis’ group that works for gender equality in film, for example by mandating that half of all extras in crowd scenes will be female. You get the idea. These details can be worked out, but the point is you decide to be a leader and raise the bar in a concrete, headline-grabbing way.

6. Positive reputation management. I Googled your name, and a few obnoxious articles pop up. I work with the leading reputation management company the can backlink to the positive articles to make a ‘firewall’ which prevents negative pieces from ranking well on Google. Your first page of Google is key as 95% never go beyond the first google page. Let’s improve this.”

Bloom concluded her letter by warning Weinstein to only contact her on “a secure new email account,” since his “emails with the Clinton campaign were hacked.”

“We shouldn’t be emailing on these sensitive matters to your company email as your IT people and others may have access,” she added. “Thanks and really honored to be brought into this team. Talk tomorrow?”

Bloom has since disavowed for her work with Weinstein on several occasions, including in a recent tweet: “When the first woman went on record accusing him of sexual assault, I immediately resigned and apologized, but that was not enough. To those who missed my 2017 apology, and especially to the women, I apologize again.”

However, McGowan has publicly rejected Bloom’s apology and called for her disbarment.

“The evil that was perpetrated on me and others was mind bending and illegal. Lisa Bloom should be disbarred,” the actor added in subsequent tweet.