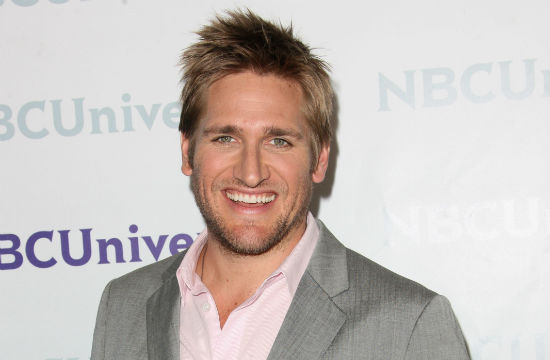 Today, we read a lot of weird things about Curtis Stone, and nowhere in our list is the fact that a Dallas Observer writer referred to him as a “cutie stone cold fox.” Because that happened, too.

1. On the celebrity with which he is most often confused besides Jamie Oliver (because of the hair):

2. Curtis Stone has developed his own line of prep tools with sexy names like “Bump and Grind,” “Magnetic Attraction,” and “Hold Me.” Uhhh, what? Curtis explains:

3. While he doesn’t name-drop him specifically, Curtis reveals the ass-kicking he received while working in Marco Pierre White‘s kitchen for eight years:

“I started cooking with my mom and my granny when I was a little kid. Then I moved to sort of the professional world I guess, and cooked in a five-star restaurant in Melbourne, Australia. Then I moved to Europe and worked for a chef there, got my ass kicked for seven or eight years in a crazy kitchen [MPW!], then moved to The States, got on a TV show and now here I am talking to you!”

4. Curtis Stone: the documentary film-maker? Apparently, he’s working on a documentary with his girlfriend Lindsay, which uses the story of her mother’s adoption to bring awareness to the issue:

“There’s 110 million orphans in the world. A big goal of the film is to bring attention to this issue, and to show what a huge difference an adoption can make in someone’s life…Lindsay’s mom grew up on the streets of Korea with her 2-year-old baby brother, then she landed in an orphanage, then ended up being adopted in America. And she grew up to have this incredible daughter, Lindsay.”

5. Curtis doesn’t understand American condiment customs (and, evidently, neither do we). Here’s an excerpt from his interview with the Dallas Observer, in which he’s confused by one of the chips ‘n’ salsa accompaniments at a local resto:

Curtis: What’s the butter for though? What are you supposed to do with the butter?
Interviewer: Duh! You dip your chip in it before the salsa. We’re fat like that.