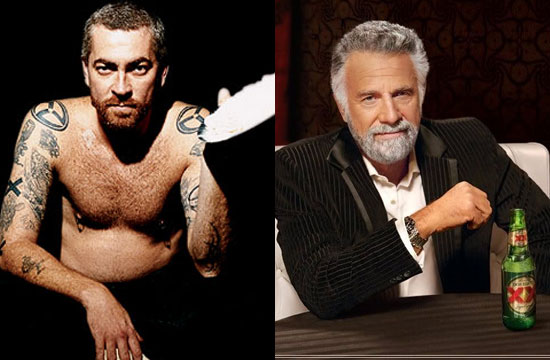 Alex Atala of São Paulo’s D.O.M. has become a world-class chef…despite being trained in Belgium.

He serves ants on top of pineapples, eats flowers meant for perfume, and singlehandedly saves rice farms from ruin.

He went up the Amazon river and gave a tribe a boat motor…then went back on foot when a jealous tribe took his cameraman hostage…then came back with a second boat motor.

He has recently been profiled in the Wall Street Journal…without committing major financial fraud.

He is…the most interesting man in the world.

A former punk-loving drug addict who was named after a British explorer murdered in the Amazon (who also happened to be his great-grandfather), Atala was a boxer, DJ, adventurer, and European house painter who eventually found his calling as a chef. And, once DOM became a world-class restaurant (seven years on the San Pellegrino World’s Best Restaurants list, currently in spot #4), Atala took his Interesting Man act to another level:

He writes for prestigious academic journals…but Elvis’s daughter writes for him.

He has made Daniel Humm flabbergasted and stunned David Chang.

He has discovered a leaf that is like LSD for the tongue.

The Most Interesting Man In The World can go cry in a corner.