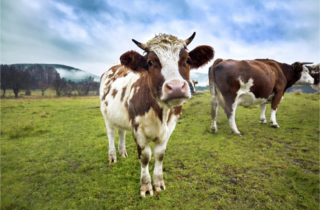 Epicurious is the Conde Nast-owned recipe database that truly helped shape internet-based cooking resources as a true pioneer. It is in that same leading-edge role that it announced on Monday that it would no longer be publishing new recipes that include beef as an ingredient amid growing concerns over climate change.

The policy was adopted some time ago but was only announced this week  In an article published Monday, the Editor of Epicurious explained the reasoning behind no more new beef recipes.

We believe that what we cook, and how we cook it, is a powerful action that anybody can take to fight climate change. Our mission at Epicurious is to provide cooking inspiration; the dinner ideas we suggest often make their way from our kitchens to yours. Abstaining from beef means we can use our resources to focus our recipes on more climate-friendly foods. Our hope is that the more sustainable we make our coverage, the more sustainable American cooking will become.

Later, in the very same FAQ, Epicurious cites an expert on sustainability to explain why cutting beef consumption can have a real impact on the environment. “Cattle contribute to climate change in multiple ways,” says Sujatha Bergen of the Natural Resources Defense Council told Epicurious. “The first way involves the massive quantity of corn and soybeans grown to feed cattle. “It’s grown using pesticides and fertilizer, which are actually produced using fossil fuels…we apply them all over the corn and the soy that we use to feed cattle.”

It then continues the explainer:

The second issue occurs when the cows digest that feed: Via belching and flatulence (yes, in that order), cows release methane into the atmosphere. And methane is a particularly powerful climate polluter, Bergen notes. “It’s actually about 80 times more powerful as a climate polluter than carbon dioxide,” she says. “So that’s another place where [cows are] producing lots and lots of climate pollution.”

When that feed passes through the cow and eventually becomes manure, it remains problematic. And this is the third contribution cows make to climate change: Spread on fields or stored in lagoons, the manure releases both nitrous oxide and methane into the atmosphere. In fact, manure is responsible for about 12 percent of total greenhouse gas emissions from America’s agriculture sector.

Epicurious’s announcement comes at a time when beef consumption has become something of a wedge issue for conservative media eager to paint the Biden administration in the least favorable light, regardless if it is true or not.

Last weekend, Fox Business host and former Trump economic advisor Larry Kudlow suggested that President Joe Biden was going to limit the number of burgers Americans could consume with some sort of strange monthly meat mandate.” Despite the fact that isn’t true, it was picked up by numerous news and opinion programs on Fox News as though it were, which prompted at least one public correction.

It is true that the science community sees methane gas released by the millions of cows raised and slaughtered for a global beef demand does have a deleterious effect on the environment by hastening the greenhouse effect that causes global warming. It is also true that the Green New Deal seeks to limit the amount of beef consumed, but that is very far from any policy to be enacted, if ever.

If critics were to find something with which they could take issue here is that Epicurious isn’t really doing anything materially by pledging no new beef recipes. If they were more serious about limiting beef consumption they would delete the recipes, but seeing as they are not, it appears that they are more interested in signaling the virtue of their concern, and not acting as a catalyst for environmental change.