Last Call: What Is A Liquor Library And How Do We Join? 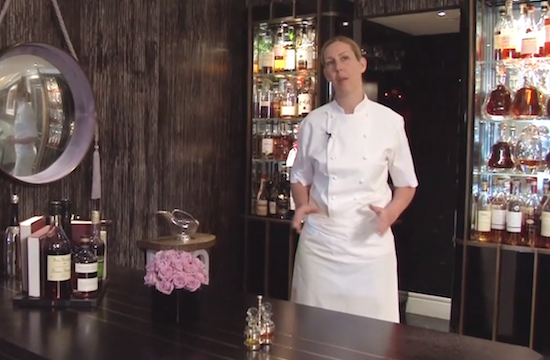 Eater: Here’s a video of Clare Smyth showing how Restaurant Gordon Ramsay has been revamped to “feel a little bit more like [her] own.” It has something called a liquor library now, which we’re already figuring out how to knock off in a one-bedroom apartment.

NY Daily News: Haven’t you heard? Frankenfoods are all the rage right now. Just see Cronuts. Or… Cronuts + Umami burgers. Popeyes, ever the purveyor of gustatory trendiness, is about to unleash upon the world the mash-up of chicken and waffles that it never asked for: A chicken + waffles chicken tender.

Food Republic: Are you a rich douche who’s not quite rich or douchey enough to snag a restaurant reservation during the exact three-month period that you want to be braggartly eating there? Here’s an app that will secure sexy, hot tables for you, for a totally worth it annual fee of $1,000.

Grub Street: Cronutmania has made it to Asia. A Japanese chef has flown a Cronut home for the purpose of cracking Dominique Ansel’s wizardry, and they’ve also popped up “in Hong Kong where people give zero fucks about Dominique Ansel’s trademark.”

Huffington Post: Minnesota’s gotten with the times and legalized gay marriage. To celebrate, Betty Crocker — owned by locally based General Mills — has made wedding cakes for some of the states first-to-wed same-sex couples. Added bonus for those couples: an out-of-the-box Yellow Cake is leagues tastier than the piles of fondant muck served at most weddings.