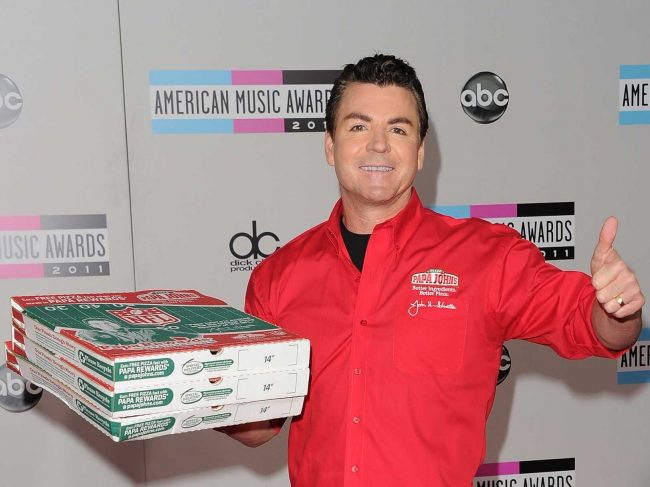 Papa John’s Pizza has had a rough couple of weeks, which began when CEO John Schnatter seemed to suggest that the company’s flagging profits were the fault of protesting NFL players.

“The controversy is polarizing the customer, polarizing the country,” he said about the incidents in which players refused to stand for the national anthem, blaming NFL executives for showing “poor leadership” by not putting the kibosh on the protests, which were started to call attention to police brutality against black Americans.

While he may have just been trying to avoid getting dipped in garlic sauce by investors, Schnatter’s remarks were widely reviled, except for a previously untapped group of customers. Unfortunately for Papa John’s, these customers are Nazis.

It all started when neo-Nazi and white supremacist website The Daily Stormer proclaimed that, due to Schnatter’s statement, Papa John’s was the “official pizza of the alt-right.”

The Daily Stormer also used the opportunity to try to stoke the flames of a race war, which is, you know, what they do.

“This might be the first time ever in modern history that a major institution is going to be completely destroyed explicitly because of public outrage over their anti-white agenda,” they wrote, with no mention of the company’s dismal financial quarter.

Being associated with Nazis is not good for business, as anyone but racist piles of barf will tell you. As such, Papa John’s quickly released a statement disavowing these followers and urging them not to buy their pizza.

“We condemn racism in all forms and any and all hate groups that support it. We do not want these individuals or groups to buy our pizza,” the company wrote.

Competitor Pizza Hut also dismissed Schnatter’s claims that the NFL protests were hurting sales, noting they were “not seeing impact on any of that on our business.”

This isn’t the first time that CEO Schnatter has tried to court conservatives, having famously opposed the implementation of Obamacare, claiming that the health care bill would force the company to raise prices and reduce workers’ hours. He also donated to Donald Trump’s presidential campaign.