Which Food Network Stars Do Redditors Hate Most? 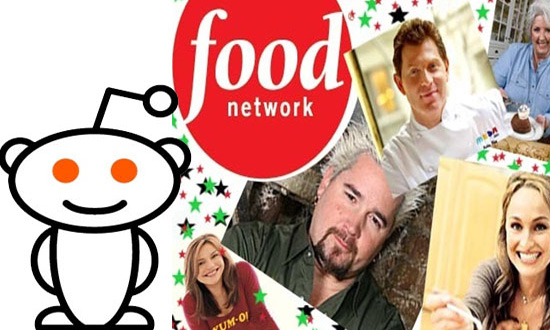 It turns out that half of Reddit hates the celebrities on the Food Network.

When asked “What celebrity do you have an irrational hatred for?”, members of the subreddit r/AskReddit flooded it with the usual suspects: Megan Fox, Taylor Swift, Kate Gosselin, Will.i.Am. But oddly enough, a large chunk of the named celebrities were all Food Network personalities.

“I want to punch Bobby Flay so much. That smug motherfucker,” wrote user nburghmatt, who started the thread. He later added: “also Giada De Laurentiis. her facial expressions are just unreal.”

An entire thread was devoted to people who hated Guy Fieri, which included this one anecdote of a father who passed his hatred on to his son:

I inadvertently made my son look forward to seeing Guy Fieri on TV because I told him I wouldn’t get mad if he called him a douche. Now whenever a commercial with Guy Fieri comes on, the boy’s eyes light up and he points and cries, “DOUCHE!”

I am a bad father.

And, in one comment that inspired pages and pages of threads bashing every personality on the Food Network: “Let’s just say everyone on the food network minus Alton Brown.”

And there are so many more, but we’ll curate some of the most rage-ful comments:

“You spent your life perfecting these ribs? You suck, I made better ribs when I was 16. Hear that kids? Your dad’s a loser. I’m Bobby Flay.”

“YES!!!! FUCK RACHEL RAY AND HER GODDAMN EVOO. And there’s my irrational hatred.”

“[Giada] might be pretty and all but I cannot stand her smile or her teeth…even in the pic it looks like she’s going to eat you. She has shark teeth.”

We do not care if our headline is a syllogism, because Reddit is the Internet.  Reddit bills itself as the “Front Page of the Internet,” and it’s probably maybe true: it propels memes, puts presidents in touch with the commoners, and ever so occasionally hosts creepy men who take pictures of unsuspecting teens and post them on the internet — you know, as the internet will.