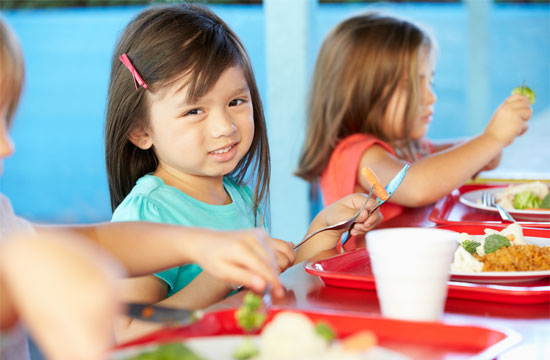 A Salt Lake City school is under fire today after it seized lunches out of the hands of 40 children — literally — in the middle of a school cafeteria.

Uintah Elementary took lunches out of the hands of children waiting in a cafeteria line, in order to comply with a rule stating that students with outstanding balances on their lunch accounts would not be entitled to eat. The school apparently had a large amount of outstanding balances, and naturally, instead of attempting to contact parents and settle the accounts quietly, the authorities of an elementary school system decided that the best way to rectify the problem was to humiliate ten-year-olds.

“Taking lunch out of their hands” is not a metaphor, according to the Salt Lake Tribune — the school district actually took food from the kids:

The workers then took those lunches from the students and threw them away, he said, because once food is served to one student it can’t be served to another.

Children whose lunches were taken were given milk and fruit instead.

Parents were naturally outraged, with one parent noting that her daughter was so distraught by the sight of her classmates getting their food seized, that she spent the afternoon making lunches for all her friends. But it took some time for the Salt Lake City school district to apologize for their ass-hattery:

“This can be easily prevented,” Olsen said. “We need to make sure proper notification goes out to the parents and they have time to put money in the accounts.”

But Olsen said he would not describe the tactic as a mistake.

“If students were humiliated and upset,” Olsen said, “that’s very unfortunate and not what we wanted to happen.”

However, after further investigation, Olsen released an updated statement that was also posted to the district’s Facebook page. It said: “This situation could have and should have been handled in a different manner. We apologize.”

Maybe we should start giving out “Ass-Hats of the Week” awards. This school district wins by far.