BREAKING: Bernie Sanders to ‘Assess’ Campaign, Focus on Coronavirus, After Another Round of Losses 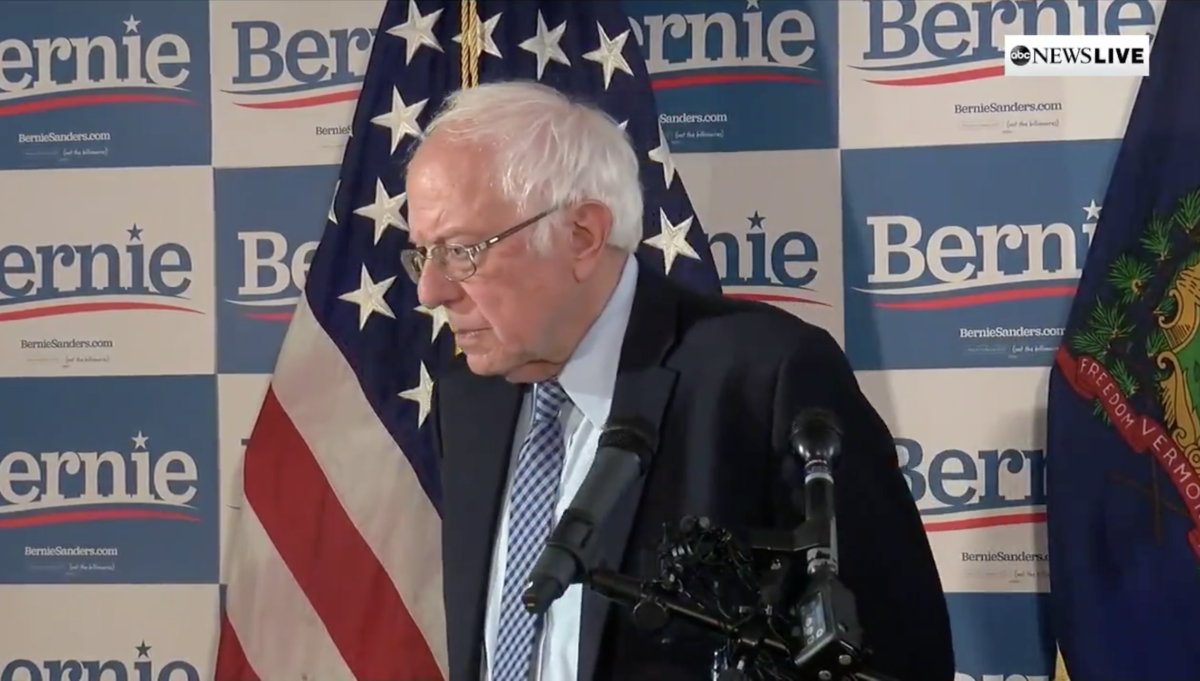 On Wednesday morning campaign manager Faiz Shakir released a statement saying Sanders will “assess” his campaign between now and the next scheduled primaries.

“The next primary contest is at least three weeks away. Sen. Sanders is going to be having conversations with supporters to assess his campaign,” Shakir wrote, adding “In the immediate term, however, he is focused on the government response to the coronavirus outbreak and ensuring that we take care of working people and the most vulnerable.”

here’s a statement from @fshakir on what comes next. pic.twitter.com/G2TwY8Aesd

On Tuesday night, former Vice President and current Democratic presidential frontrunner Joe Biden defeated Sanders overwhelmingly in Florida and convincingly in Illinois and Arizona. After big nights in contests over the past several weeks, Biden holds a commanding delegate lead over Sanders — estimated at 1147 for Biden to 861 for Sanders.

As the coronavirus pandemic has escalated in the United States, both Biden and Sanders have regularly conducted speeches in which they offered their own plans and analyses of the crisis, with Biden focused on crisis management and Sanders offering systemic critiques of the situation. Both have been heavily critical of President Donald Trump.