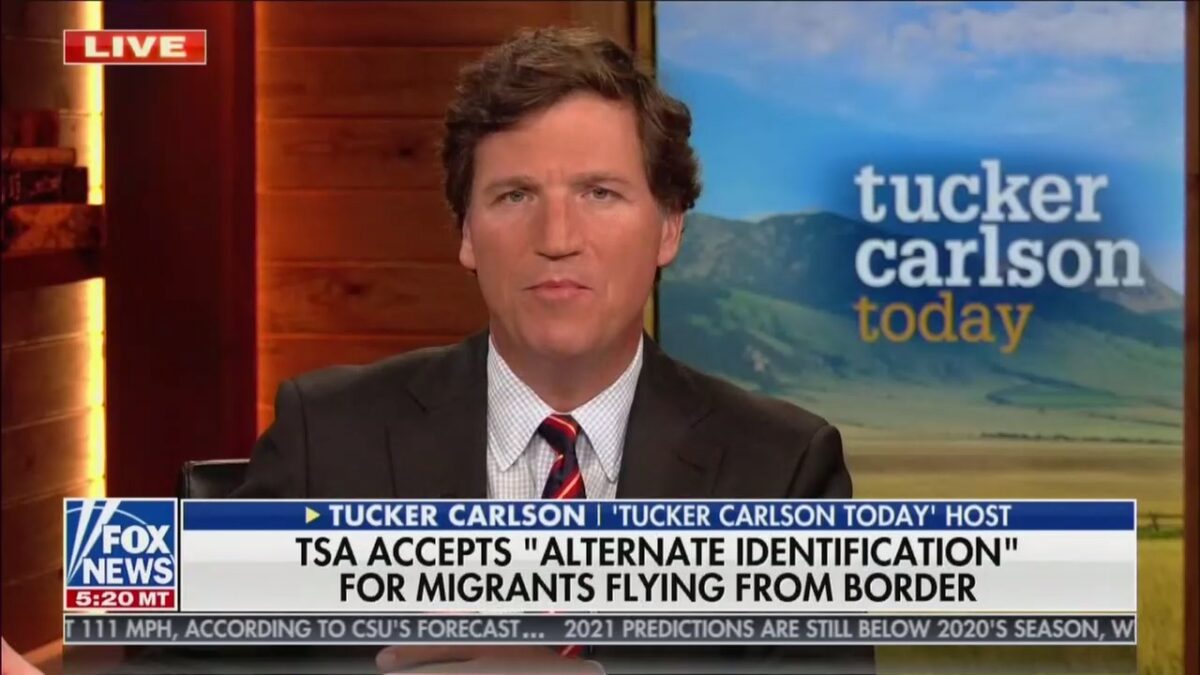 Last week Carlson appeared with Mark Steyn for a segment about immigration and said, “I know that the left and all the little gatekeepers on Twitter become literally hysterical if you use the term ‘replacement,’ if you suggest that the Democratic Party is trying to replace the current electorate, the voters now casting ballots, with new people, more obedient voters from the Third World. But they become hysterical because that’s what’s happening actually. Let’s just say it: That’s true… If you change the population, you dilute the political power of the people who live there.”

The Anti-Defamation League has said that “Tucker must go” over his comments pushing an “antisemitic, racist and toxic” belief.

During the segment, Carlson said, “Everyone wants to make a racial issue out of it. Oh, you know, the white replacement theory? No, no, this is a voting rights question.”

Gerson writes in the Washington Post that Carlson is a “professional troll” and tat his comments are “the euphemistic expression of white supremacist replacement doctrine.”

“This is what modern, poll-tested, shrink-wrapped, mass-marketed racism looks like,” he says. “Carlson is providing his audience with sophisticated rationales for their worst, most prejudicial instincts. And the brilliance of Carlson’s business model is to reinterpret moral criticism of his bigotry as an attack by elites on his viewers.”

He even says that Carlson’s commentary is “a pure, accurate depiction of Trumpism,” and defines Trumpism as “an argument that Western society, and American society in particular, is being infected by dirty outsiders who are destroying the country’s very nature.”

And that’s why, Gerson argues, the Republican hope that it can “maintain the Trump coalition without the toxic excesses of Donald Trump’s disordered personality” is “nearly impossible.”

A Fox News spokesperson would not comment beyond pointing to Tucker’s comment saying that what he was describing was not white replacement theory and saying it is a voting rights question.