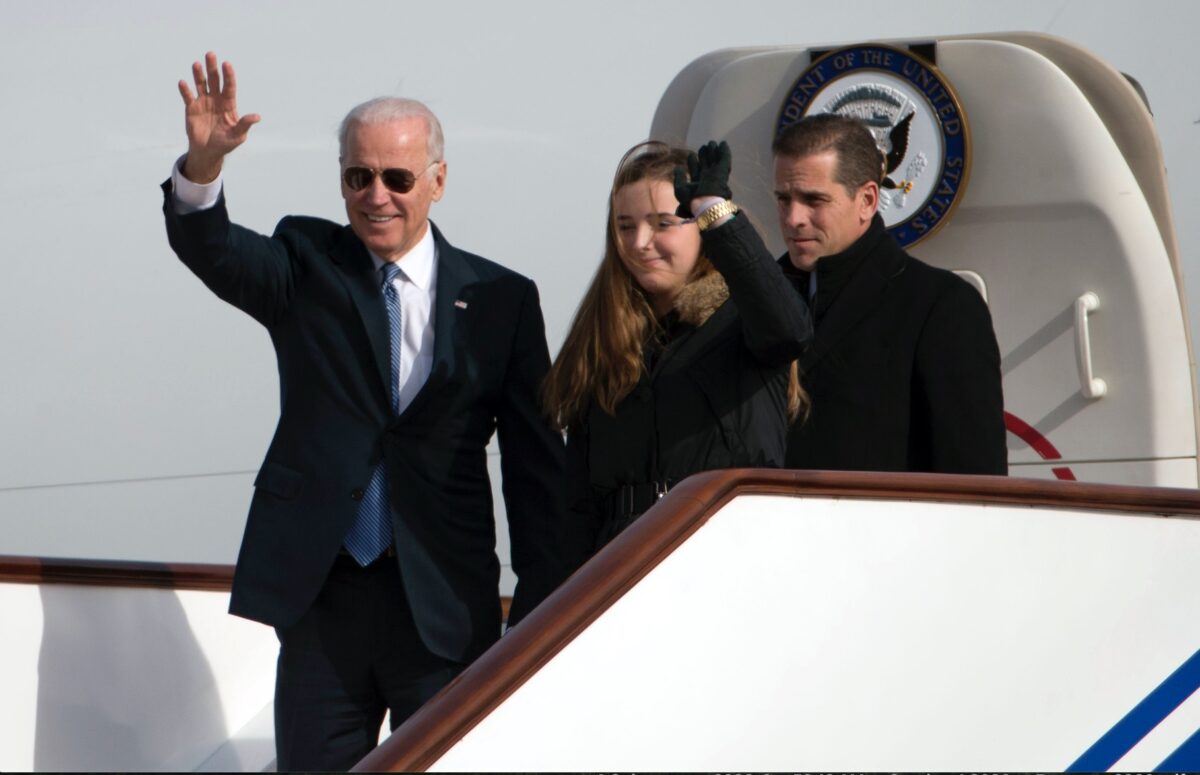 Hunter Biden sought an annual fee of $2 million for his assistance in convincing the Obama administration to unfreeze $15 billion in Libyan assets, according to the contents of new emails published by Business Insider on Thursday.

“Per phone conversation I met with #2 son,” the emails showed Sam Jauhari, a Democratic donor who holds citizenship in the United States, Venezuela, and Lebanon, writing to Saudi Arabian Sheikh Mohammed Al Rahbani in January 2015. His numerical description came as a reference to then-Vice President Joe Biden and his son, Hunter.

Jauhari proceeded to reference the elder Biden’s future presidential bid while warning Al Rahbani of the junior Biden’s propensity for pursuing drugs and “low-class hookers.” And he inaccurately characterized at least part of the younger Biden’s situation, advising that he had been dishonorably discharged from the Army Reserve rather than the Navy Reserve.

“His positives are he is Chairman of UN World Food Program, son of #2 who has Libya file, access to State, Treasury, business partner SofS [former Secretary of State] J. [John] Forbes K [Kerry] son and since he travels with dad he is connected everywhere in Europe and Asia where M. Q. [late Libyan leader Muammar Qaddafi] and LIA [Libya Investment Authority] had money frozen,” Jauhari wrote. “He said he has access to highest level in PRC [People’s Republic of China], he can help there. His negatives are that he is alcoholic, drug addict – kicked [out] of U.S. Army for cocaine, chasing low class hookers, constantly needs money-liquidity problems and many more headaches. We should meet in Gstraad or London to decide next steps.”

“He wants $2 [million] per year retainer +++ success fees,” Jauhari added. “He wants to hire his own people – it can be close circle of people for confidentiality. His dad is deciding to run or not.”

Business Insider cited “two people close to the negotiations” for the information. The sources also said Biden’s “success fee” of as much as 5 percent of sanctioned cash that he was able to unfreeze, a figure that would have represented $750 million of the $15 billion at stake.

A second email the publication described was sent to Jauhari and Al Rahbani in February 2016, more than a year later, by Frontier Solutions’ John Sandweg, an attorney served as an acting director of Immigration and Customs Enforcement under President Barack Obama.

“I spoke with [Hunter Biden’s] team yesterday,” Sandweg wrote. “They are interested in the project, but emphasized that for them to get involved, the team (lobbyists, lawyers and PR) would need to be a small group of folks they have a tight relationship with. They do not want a large group involved and they only want people with whom they have a close relationship with due to the sensitivities surrounding their involvement.”

One actor the report failed to mention was Imaad Zuberi, a California resident sentenced in February to 12 years in prison on charges related to campaign finance violations. Prosecutors in the case alleged that Zuberi volunteered to act as a straw donor for $850,000 in contributions that Al Rahbani and one of his business associates intended to give Obama’s 2013 inaugural committee, but personally kept all but $97,500. However, Al Rahbani was not charged, and prosecutors opted against naming him in the documents attached to Zuberi’s plea agreement.