CBS News’ Paula Reid Speaks Out on the ‘Cavalier’ White House, an ‘Inevitable’ Covid Outbreak, and Her Viral Clashes With Trump on The Interview 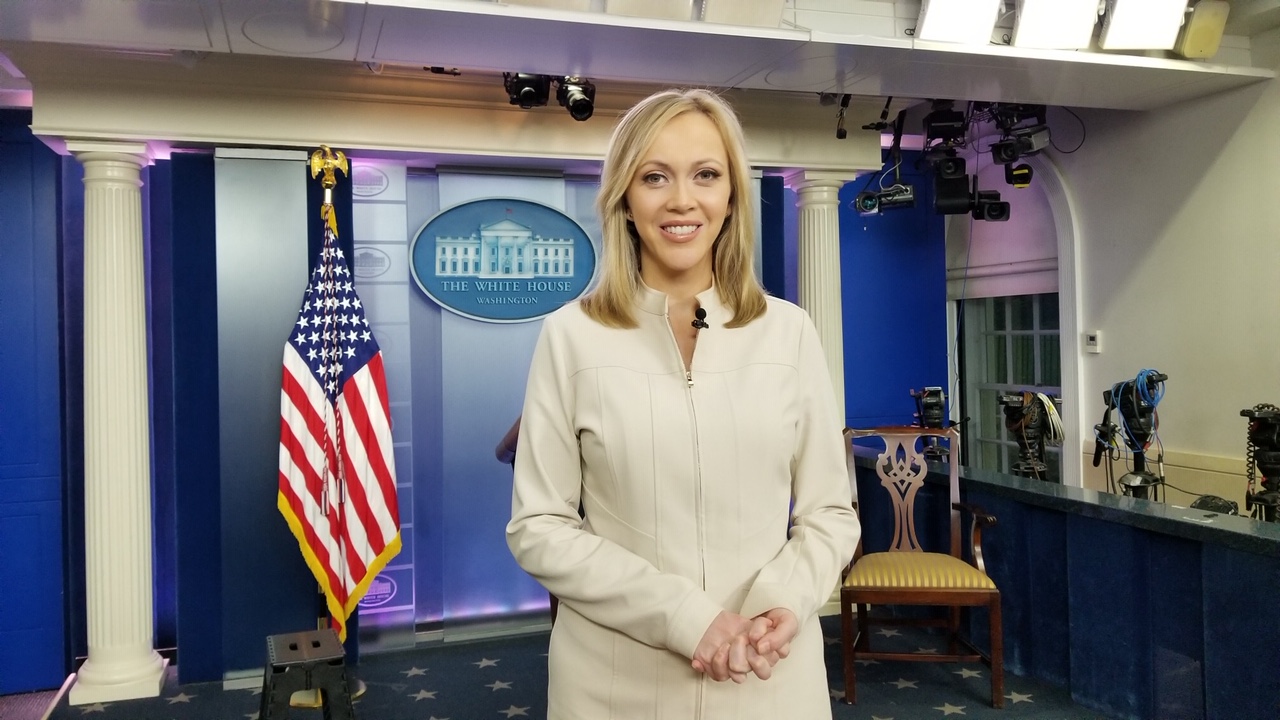 Paula Reid, omnipresent White House correspondent for CBS News, returns to that workplace on Thursday after two weeks away. But her absence was no vacation.

Sitting front row at a press briefing with a maskless Kayleigh McEnany, later revealed to have contracted the coronavirus, triggered the CBS policy that sent Reid home to quarantine for 14 days.

That meant Reid was reporting on a White House (and a vice presidential debate in the interim) while confined to her living room.

“In many ways it was inevitable that there would be an outbreak or that I would be exposed in a way that would trigger ViacomCBS’ quarantine requirements,” Reid told me on this week’s episode of The Interview podcast.

While that policy is stringent — it suffices to come into contact with someone who has tested positive — Reid pointed out that the relaxed guidelines practiced by the White House made it inevitable that she would be reporting from home at some point.

“There’s been a very cavalier attitude towards this virus in the West Wing throughout the pandemic,” Reid said. “Even when there would be moments where they would circulate a memo that people, when they were at their desks or moving around the West Wing, had to wear masks. It only lasted for a few days.

“Because most of the people in the West Wing are looking to the president. What does he do? What does he reward? Who does he, perhaps, mock — and those were people wearing masks.”

That casual disposition comes from the top, Reid said, whether it’s public comments from President Donald Trump or workplace dicta from his chief of staff Mark Meadows.

“So there really has been this attitude in the West Wing that they did not want to even take basic precautions — wearing masks, social distancing — as you’ve seen for the past couple of months,” she continued. “The president has been conducting business as usual. Greeting foreign leaders. He’s out on the campaign trail. It seemed inevitable that there would be an exposure, but it was still surprising that it got to the president and moved through the West Wing so quickly.”

Reid has been at CBS News for a decade. A former lawyer, she covered the Justice Department under the Obama administration, and has been covering the Trump White House since 2017.

In that time, she’s attended countless rallies and flown on Air Force One. She returns to the White House on Thursday, but said she plans to avoid flying on the president’s plane — so as to avoid having to return home for another quarantine.

As for rallies — her press corps colleague Jon Karl recently compared the danger of covering indoor rallies to taking your family on a trip to Fallujah — Reid voiced a similar concern about the risks of exposure. Still, if she does travel to one of those events, she plans on doing so armed with a mask, protective goggles, and a face shield.

Despite Covid-19 tearing through the White House — infecting everyone from the president to twenty-something staffers in the press office — Reid doesn’t expect protocols to change much.

“If [Meadows] doesn’t even want to keep a mask on to answer questions from reporters on the Hill indoors just a few feet away, it’s unreasonable to expect that suddenly there’s going to be a mask mandate in the White House press office.”

Still, the reporter is not particularly concerned about returning to the cramped rooms and halls of the White House. “It’s just the risk that you accept, to be honest,” Reid said, before noting that she does avoid the press office when she can.

“I kind of avoid that whole scene because they weren’t really taking precautions,” Reid said. “I’ll probably do that even more going forward. But it is pretty shocking that they don’t take more precautions.”

“And though there have been many mixed messages throughout this pandemic from this White House, that has been one consistent theme: Do as we say, not as we do,” Reid told me. “There are CDC guidelines, we’ll put them on a fancy poster paper, but we are not actually going to abide by them within the confines of the West Wing.” 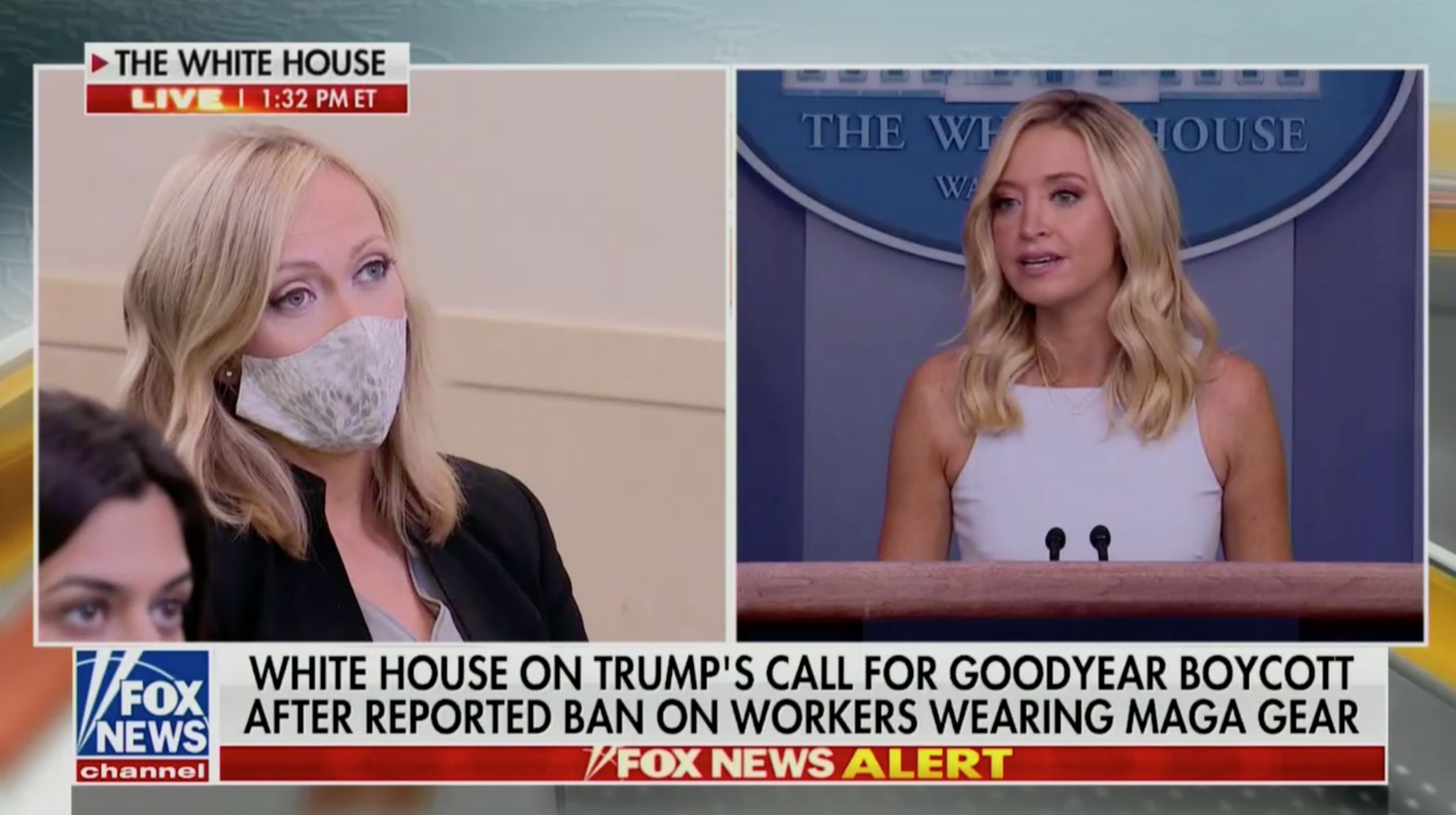 Reid is perhaps best known — to an audience outside of CBS viewers — as an aggressive interrogator of President Trump. Her questions, which are well crafted to cut to the bone of the latest controversy from the White House, often elicit a furious reaction from the president. One particularly tough line of questioning on the administration’s response to the coronavirus prompted Trump to label Reid “disgraceful” and later complain in an interview that she wasn’t more like Donna Reed, a housewife from a midcentury sitcom.

“I am a recovering lawyer and whenever I go into these press briefings, it’s not personal,” she said of Trump’s attacks. “I’m trying to get information. And I did it the same way I used to as a prosecutor.”

Pointing out that her questions tend to be fact based, Reid added that the criticism from Trump’s supporters “doesn’t really bother me.”

“I’ve lived through it with a lot of other stories, with a lot worse. And as long as your questions are based in facts, that’s always going to carry you through. And people who get upset with me, with this administration, well, in the next year or five years from now if the parties change, it’ll be just as aggressive. And people who are praising me now will be upset. It’ll be consistent throughout my career.”

Reid also dished on how Kayleigh McEnany measures up against her briefing room predecessors, which colleagues she admires in the White House press corps, and whether we’ll ever see another coronavirus task force briefing again.