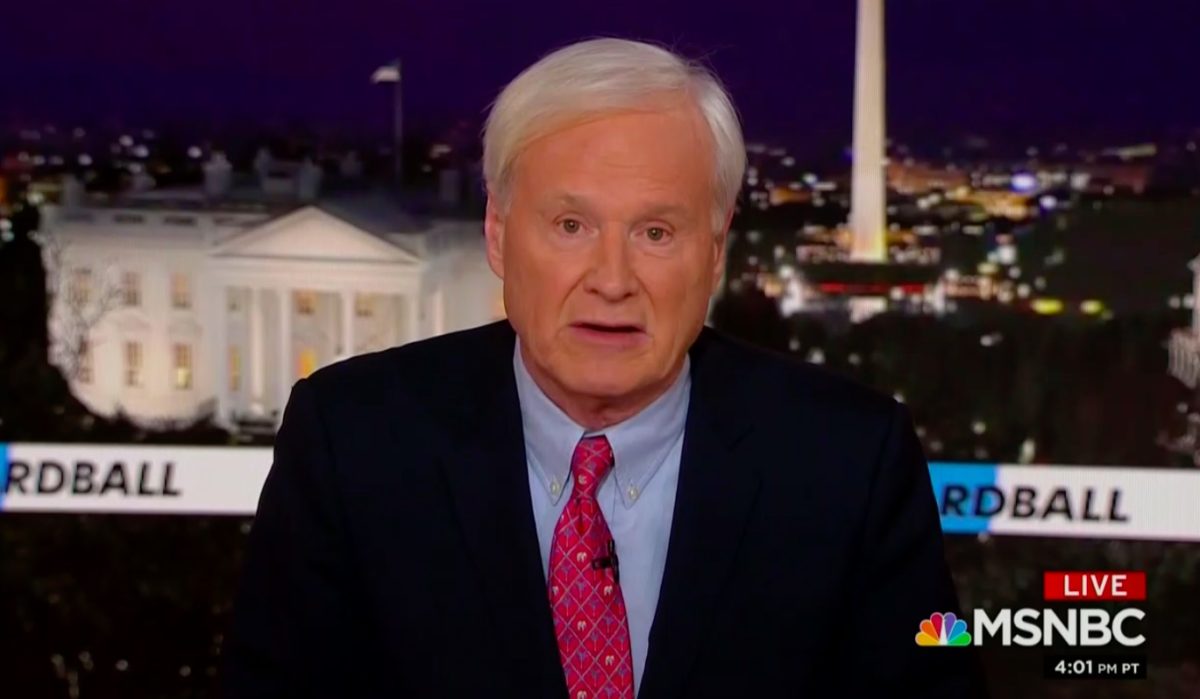 In his first interview since his departure from MSNBC, Chris Matthews admitted the serious allegation of sexual harassment against him was “highly justified.”

In an interview with Vanity Fair, Matthews was asked about GQ columnist Laura Bassett and how she accused him of making repeated, inappropriate comments to her. The former Hardball host declined to challenge Bassett’s charge against him, telling the magazine “I didn’t argue about it, I didn’t deny it.”

“I accepted the credibility of the complaint in the article,” Matthews said. “I didn’t want to challenge the person that made the complaint and wrote the article. I thought it was very credible and certainly within the person’s rights to write that article, of course. That was highly justified.”

Matthews concluded by saying “to repeat myself, it’s inappropriate in the workplace to compliment somebody on their appearance, this is in the makeup chair, and I did it.”

When Bassett raised her allegations against the MSNBC host in February, she recalled an incident where she was sitting in a makeup chair waiting to go on air with Matthews when he told her “Why haven’t I fallen in love with you yet? Keep putting makeup on her, I’ll fall in love with her.” Bassett’s other accusations were accompanied by separate reports on Matthews’ controversial statements over the years, which culminated in him apologizing on air and abruptly announcing his retirement in early March.

On Saturday night, Bassett took notice of the interview, and she said “I appreciate him owning up this and respect how he handled it.”

Somehow I missed that Chris Matthews confirmed my story about him to Vanity Fair yesterday. I appreciate him owning up this and respect how he handled it. And to everyone who reflexively said I was lying: Please read this. https://t.co/Jd145g2beP pic.twitter.com/i0MpGMyknl