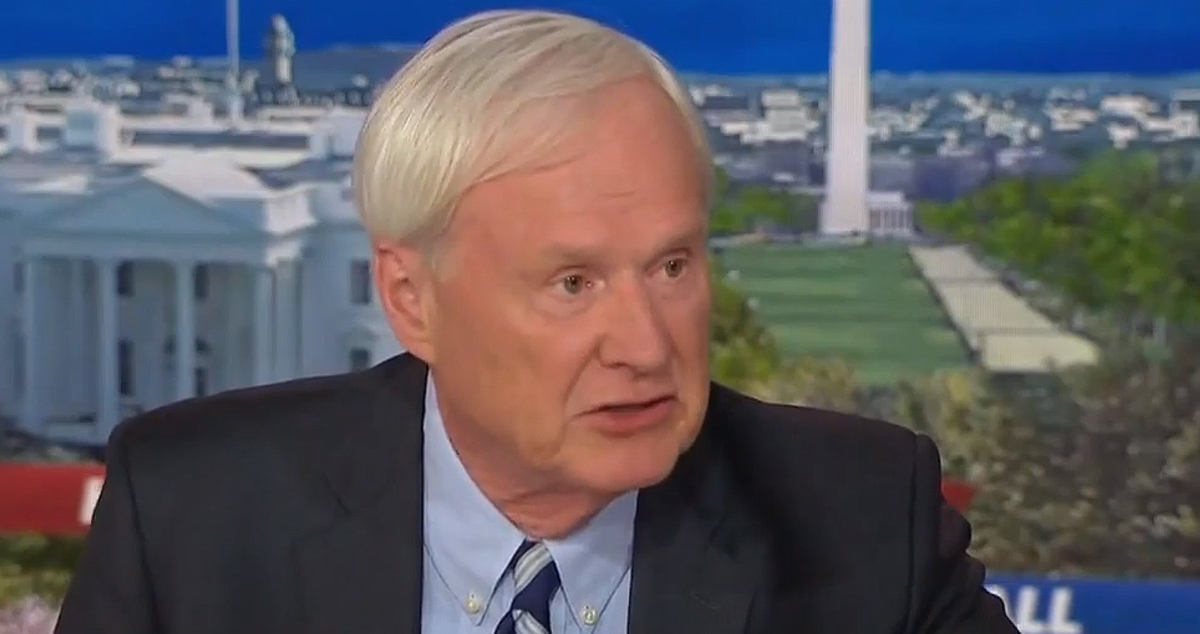 “In 2017, I wrote a personal essay about a much older, married cable news host who inappropriately flirted with me in the makeup room a few times before we went live on his show, making me noticeably uncomfortable on air,” wrote Bassett in the article. “I was afraid to name him at the time for fear of retaliation from the network; I’m not anymore. It was Chris Matthews.”

Bassett, who has regularly appeared on MSNBC, including Matthews’ show Hardball, detailed the alleged comments:

In 2016, right before I had to go on his show and talk about sexual assault allegations against Donald Trump, Matthews looked over at me in the makeup chair next to him and said, “Why haven’t I fallen in love with you yet?”

When I laughed nervously and said nothing, he followed up to the makeup artist. “Keep putting makeup on her, I’ll fall in love with her.”

Bassett also said Matthews “stood between me and the mirror and complimented the red dress I was wearing for the segment,” before asking, “You going out tonight?”

“Make sure you wipe this off her face after the show. We don’t make her up so some guy at a bar can look at her like this,” he allegedly said to a staffer.

Bassett wrote that after she published her original story in 2017, titled, “Me Too, I Think? When Sexual Harassment Feels All Too Normal,” which did not name Matthews at the time, “dozens of people reached out to say they knew exactly who it was” — and “had similar stories.”

These stories included Matthews asking whether a woman’s “proportions” were “real.”

These are not the first allegations against Matthews. In 2017 it was reported that NBC paid off “a former employee who claimed she was sexually harassed by Chris Matthews when she used to work on his show.”

Matthews was also criticized this week for a “sexist” interview he conducted with 2020 Democratic presidential candidate Sen. Elizabeth Warren (D-MA), during which he asked the senator why he should believe a woman who accused Mike Bloomberg of telling her to “kill” her unborn baby.

The MSNBC host has previously gotten into trouble for asking, “Where’s that Bill Cosby pill I brought with me?” before interviewing former Secretary of State Hillary Clinton.

MSNBC did not immediately respond to Mediaite’s request for comment.