UPDATE 4:10 p.m. EST: A CNN spokesperson tells Mediaite: “The banner was wholly inappropriate and a mistake. We are addressing internally.”

Supporters of Independent Vermont Senator and Democratic presidential candidate Bernie Sanders won’t likely be amused by an analogy deployed on CNN Saturday morning, when a graphic that read “Can Either the Coronavirus or Bernie Sanders Be Stopped?” displayed onscreen for a full two-plus minutes.

On Saturday morning’s edition of Smerconish, host Michael Smerconish opened the show by likening the Vermont firebrand to a global pandemic that has already killed thousands and sent world financial markets into a tailspin.

He kicked off the show with the tantalizing question “Can either Corona virus or Bernie Sanders be stopped?”

Smerconish went on, over the Sanders Coronavirus graphic, to say “An already unpredictable presidential campaign just became more so. A list of intangibles which included the impact of impeachment, a large Democratic field, congested candidate lanes, and the looming prospect of no one getting the majority of delegates needed to secure the nomination before the convention now includes the spread of a deadly deadly virus.”

He then delivered a breakdown of President Donald Trump’s response to the coronavirus, before returning to Sanders.

“Meanwhile today is the South Carolina primary, we’re just 3 days from super Tuesday, former Vice President Joe Biden favored today in the Palmetto State but then comes Super Tuesday when 34% of the Democratic delegates will be selected,” Smerconish said, and asked “So here is my question. Will Super Tuesday solidify Bernie Sanders’ Frontrunner status, or place it more in doubt?”

All the while, CNN viewers were asked the visual puzzler “Can Either the Coronavirus or Bernie Sanders Be Stopped?” 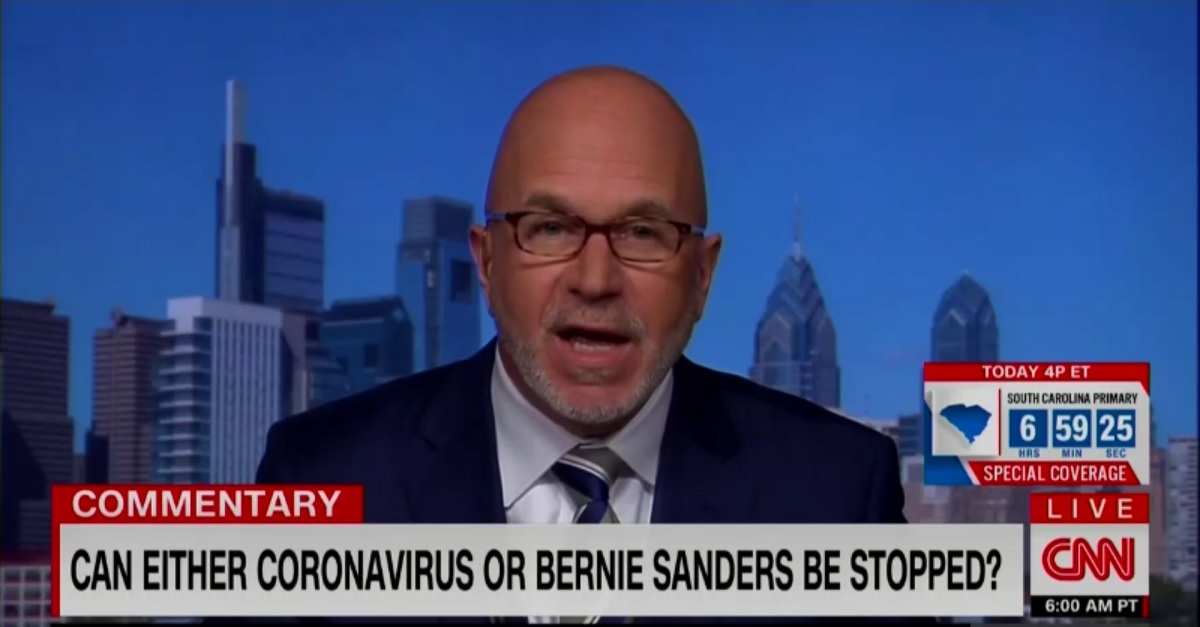 It could have been worse? 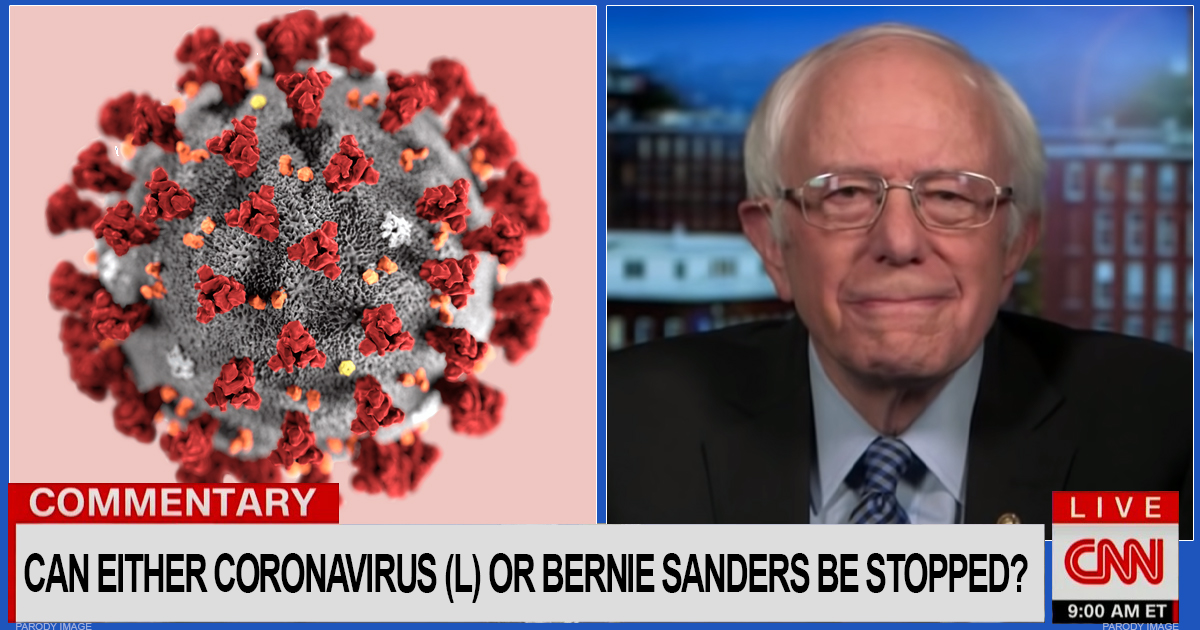 Both are expected to do poorly in South Carolina.

The segment was flagged by author Brian Abrams.

Watch the clip above via CNN.