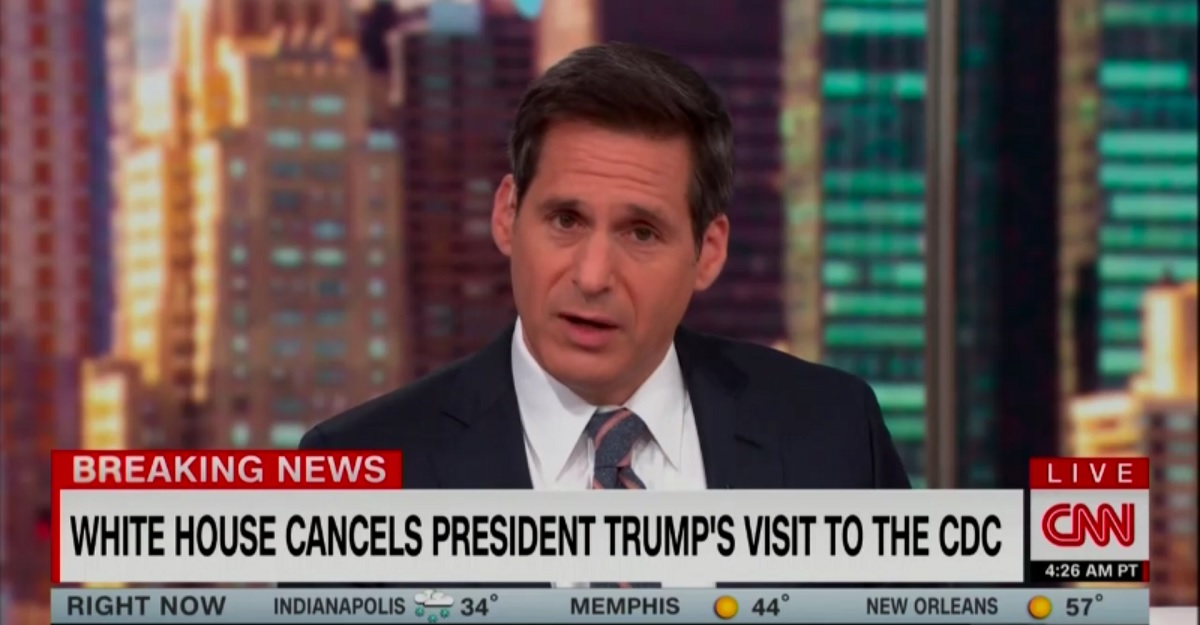 CNN anchor John Berman deployed a masturbation-themed rejoinder in responding to an attack from President Donald Trump in which Trump slammed the morning show anchor as an unknown.

On Thursday morning, Trump attacked both MSNBC’s and CNN’s morning shows in a tweet which read “Very poor morning TV ratings for MSDNC’s Morning Joe, headed by a complete Psycho named Joe Scarborough and his ditzy airhead wife, Mika, and also @CNN, headed by complete unknowns,” and which concluded “Congratulations to @foxandfriends on dominating the mornings (thank you President Trump!).”

Berman responded by retweeting a Mediaite post with the headline “Trump Attacks ‘Completely Psycho’ Joe Scarborough and ‘Ditzy Airhead Wife’ Mika in Curious Self-Thanking Tweet,” and added his own commentary.

“You gotta be careful of too much self-thanking,” Berman wrote, then added “You’ll get hair on your hands.”

You gotta be careful of too much self-thanking.

You’ll get hair on your hands. https://t.co/rWL7nkd7kU

Trump also took fire from Mika Brzezinski, who responded on-air by directly addressing Trump. She described several incidences of Trump fleeing press conferences under tough questioning from women reporters, and said that under such conditions, “You get scared like a little baby.”