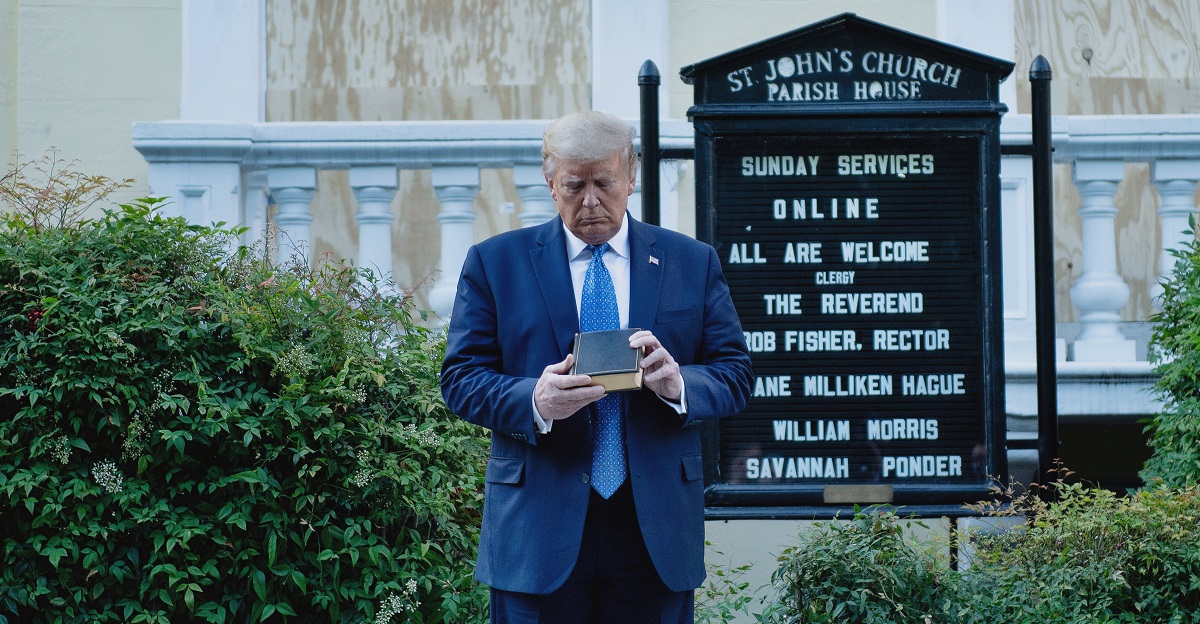 Days after President Donald Trump posed with a copy of the Holy Bible outside St. John’s Episcopal Church, a new poll shows his favorability among white evangelical Christians has slipped by 15 points since March.

There have been warning signs about Trump’s support among evangelicals, which might have contributed to his decision to stage a photo op at St. John’s on Monday, one that was widely criticized because it was preceded by the forcible removal of peaceful protesters by police and national guard troops.

On Friday, the Public Religion Research Institute (PRRI) released a poll that underscores those warning signs. Among white evangelical Christians, Trump’s favorability has dropped from 77 percent in March to 62 percent through the end of May — two points lower than his 2019 level.

And among white catholics, with whom he had made significant inroads, Trump’s favorability fell even harder — from 60 percent in March to just 37 percent in May. 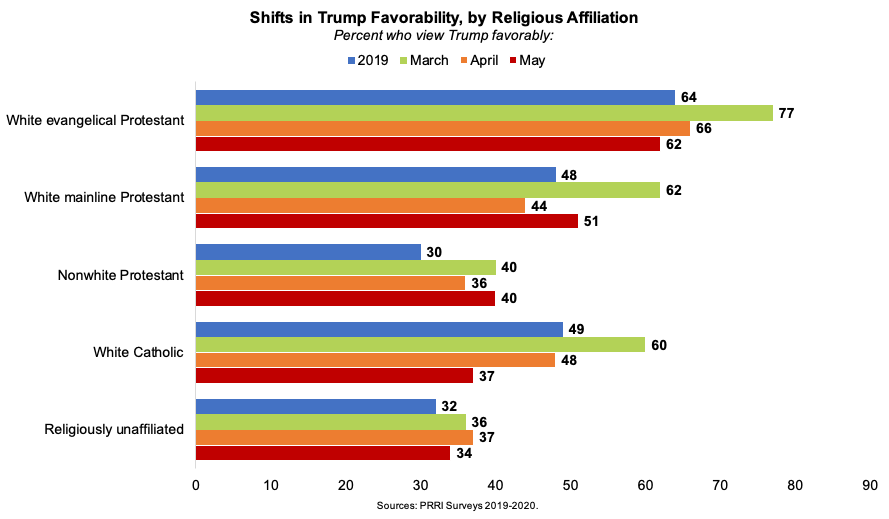 It’s unclear what effect the St. John’s photo op will have on those numbers, but the stunt was roundly condemned by leaders from the church in front of which Trump posed.

But it’s just as unclear what effect unfavorable views will have on evangelicals’ voting behavior. Trump has successfully remade the federal judiciary by pushing through conservative nominees who will sit on the bench for a generation.

The shift was enough to catch the attention of The New York Times, which reported the news in a story entitled “Trump’s Approval Slips Where He Can’t Afford to Lose It: Among Evangelicals,” and noted “Any slide with these voters — the cornerstone of his political base — is problematic. And even if voters of faith do turn out for him again in large numbers, analysts said, there may not be enough of them to help lift him to victory.”

This poll follows a raft of bad polling news for Trump this week, but as veterans of 2016 will remind you, November is a long time away.