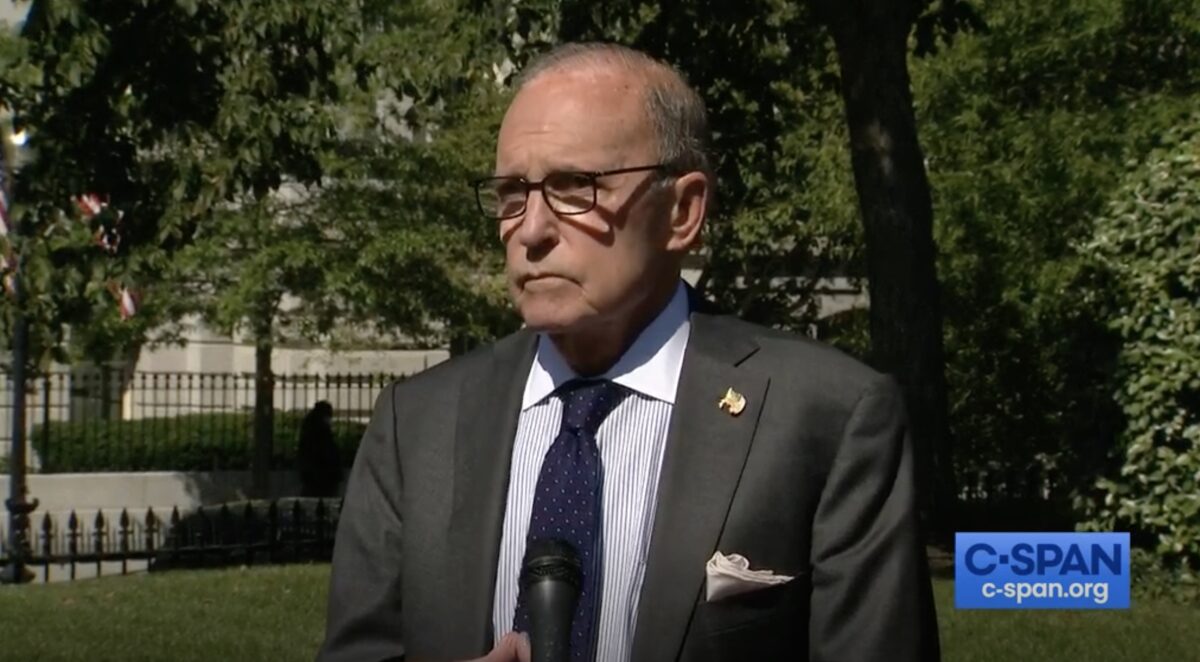 An employee of the Fox Business Network has sued the cable network, making claims of racist and sexist remarks by host Larry Kudlow, sexual harassment by analyst Andrew Napolitano, and other gossipy allegations in an error-riddled complaint filed in New York.

The lawsuit from plaintiff John Fawcett was filed by Ty Clevenger, an attorney from Plano, Texas who has made a name for himself in recent years suing other lawyers, judges, and political figures. This isn’t Clevenger’s first time suing Fox News; he is also representing former Fox News anchor Ed Henry in a lawsuit filed a month ago against Fox, CNN, National Public Radio, and several other media personalities.

The complaint identifies Fawcett as a 27-year-old who first started working for Fox Business as a production assistant for Lou Dobbs. When Dobbs’ show was cancelled this past February, Larry Kudlow took over and, as the complaint describes, “inherited the production team of Mr. Dobbs,” including Fawcett.

According to the complaint, Kudlow “has used ethnic slurs and made sexually inappropriate comments about women in front of multiple staff members, including [Fawcett],” as well as making racist remarks about Rep. Byron Donalds (R-FL), whom Kudlow allegedly did not want appearing on his show, and Rep. Maria Elvira Salazar (R-FL).

Specifically, the complaint alleges that Kudlow said he wanted to have a “three-way” with Fox News anchor Sandra Smith, said he enjoyed seeing Fox Business reporter Susan Li on set and grunted, and in a phone conference about an upcoming interview with Salazar, allegedly asked “Why don’t we just let the Mexicans in,” because America needed more “jalapeño pickers.”

The lawsuit also claims that Fox News senior judicial analyst Andrew Napolitano sexually harassed Fawcett and other young men at the network, but that Fox refused to investigate these claims.

Clevenger’s legal pleading is dotted with other gossipy accusations, including affairs between other Fox employees, allegations that newly-hired female executives were discriminating against male employees and Clevenger’s snarky suggestions for new mottos for Fox News and The Daily Beast (see, e.g., footnote 4, page 8 of the Complaint).

The complaint mistakenly refers to “Fox Business Channel” instead of “Fox Business Network,” and misspells Dobbs’ name as “Loud Dobbs.”

Reached for comment, a spokesperson for Fox News Media told Mediaite that the company would “defend the matter vigorously in court,” calling the allegations “completely baseless” and “nothing more than a desperate attempt at a payday”:

Upon first learning of John Fawcett’s allegations against Judge Andrew Napolitano, FOX News Media immediately investigated the claims and addressed the matter with both parties. The network and Judge Napolitano have since parted ways. We take all allegations of misconduct seriously, are committed to providing a safe, transparent, and collaborative workplace environment for all our employees and took immediate, appropriate action. Furthermore, the additional allegations laid out in this claim are completely baseless and nothing more than a desperate attempt at a payday by trying the case in the court of public opinion as the complaint does not meet the standards of the law. We will defend the matter vigorously in court.

Clevenger is a colorful figure — he told a Dallas Morning News reporter that his shrink says he has a “Batman complex” — and his name has appeared in disciplinary proceedings that resulted in the temporary suspension of his license to practice law in at least three different jurisdictions (Texas, the District of Columbia, and California). The disciplinary claims against Clevenger included initiating frivolous litigation, seriously interfering with the administration of justice, wrongfully delaying proceedings, and taking a position that unreasonably increased the costs or other burdens in a case or delayed resolution of a matter.