Hillary Clinton Calls Out Facebook for Refusing to Remove Doctored Video of Nancy Pelosi: It Was ‘Sexist Trash’ 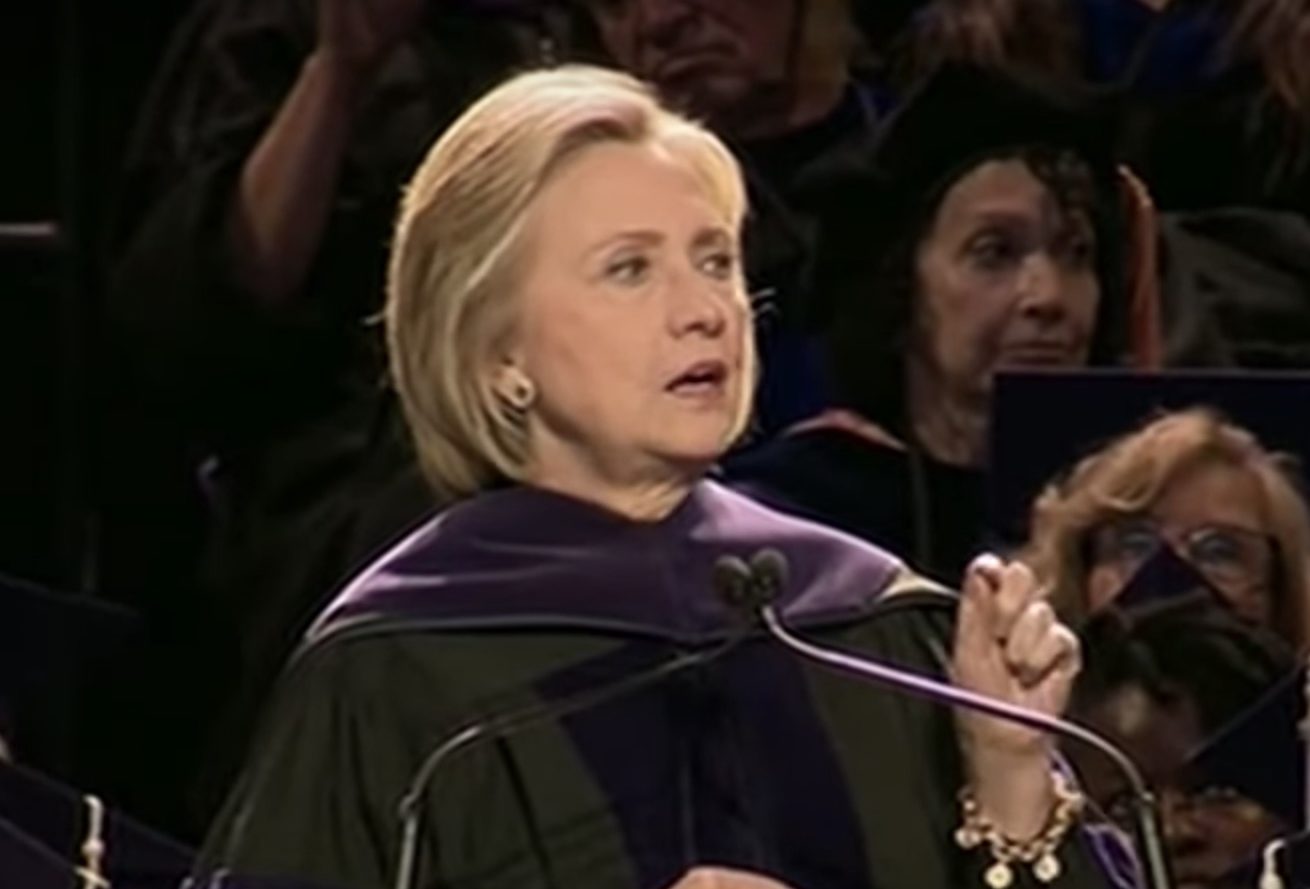 “It wasn’t even a close call, the video is sexist trash,” she said. “YouTube took it down, but Facebook left it up.”

Pelosi herself slammed the tech giant last week when it announced it would not seek out and remove the doctored videos of her that were being disseminated on the site. “We have said all along, poor Facebook, they were unwittingly exploited by the Russians,” Pelosi said. “I think wittingly, because right now they are putting up something that they know is false. I think it’s wrong.”

Facebook said it has put in place graphics accompanying posts of the doctored video — although copies of it have proliferated so fast that finding every instance of it would be extremely difficult — that link to fact-checks indicating it has been manipulated to embarrass Pelosi. But according to the site’s community standards, “false news” does not get banned for fear of squelching free expression in the form of “satire or opinion.” Intsead, the social network sites says it strives to “significantly reduce its distribution by showing it lower in the News Feed.”

That response was of no consolation to Clinton, who was famously the target of several Facebook campaigns during the 2016 presidential campaign that trafficked in conspiracy theories and false news.

“Let’s send a message to Facebook,” she said, “that those who are in Facebook’s communities would really like Facebook to pay attention to false and doctored videos, before we are flooded with them in the next months.”

Watch above, via Bloomberg. (The relevant portion begins at the 17:30 mark.)