‘I Stand By My Reporting’: Ronan Farrow Defends Himself After NY Times Deep Dive Audits His Work 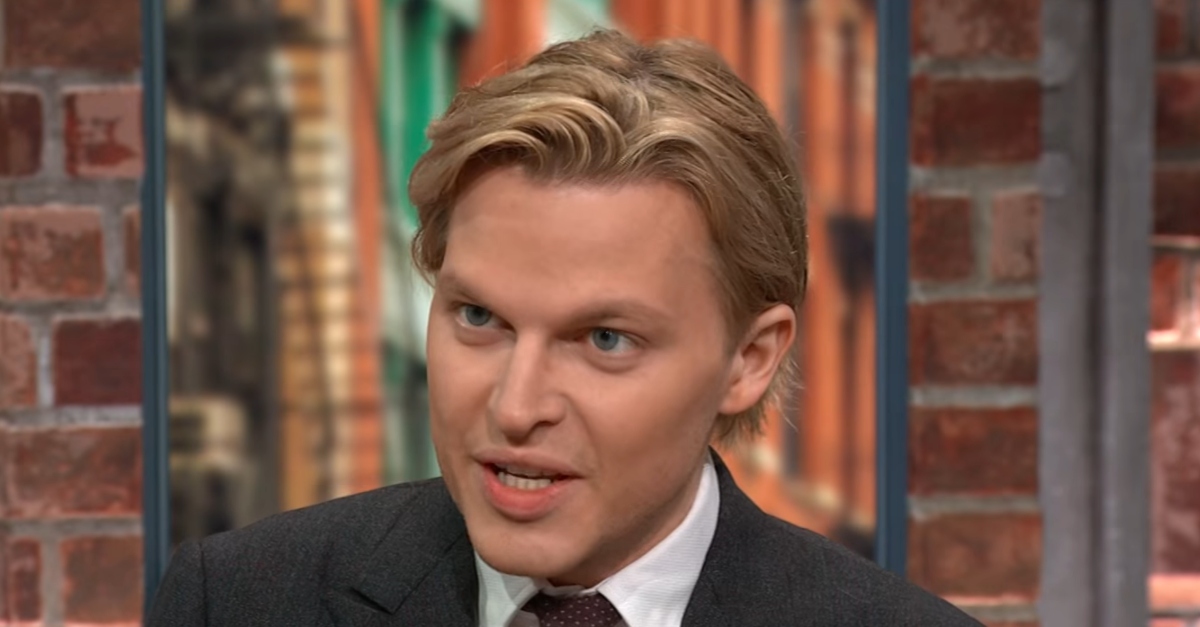 The New Yorker‘s Ronan Farrow defended himself on Twitter Monday afternoon following a deep dive audit into his work  from The New York Times’ media columnist Ben Smith yesterday. Following a lengthy thread, Farrow concluded, “I stand by my reporting.”

I stand by my reporting.

Smith’s column, entitled “Is Ronan Farrow Too Good To Be True?,” accuses Farrow of not always following “typical journalistic imperatives of corroboration and rigorous disclosure” while suggesting his writing features “conspiracies that are tantalizing but he cannot prove.” Smith writes:

Mr. Farrow, 32, is not a fabulist. His reporting can be misleading but he does not make things up. His work, though, reveals the weakness of a kind of resistance journalism that has thrived in the age of Donald Trump: That if reporters swim ably along with the tides of social media and produce damaging reporting about public figures most disliked by the loudest voices, the old rules of fairness and open-mindedness can seem more like impediments than essential journalistic imperatives.

That can be a dangerous approach, particularly in a moment when the idea of truth and a shared set of facts is under assault.

Throughout the piece, Smith claims Farrow didn’t always follow full journalistic measures in his stories — like interviewing everyone involved in accusations, like Smith claims about a piece on Matt Lauer‘s sexual assault allegations. Smith’s story has drawn a ton of reaction. Some have praised the examination of Farrow’s work, while others have ridiculed the so-called takedown and speculating about the motives behind it.

On Monday afternoon, Farrow looked to dispel some of Smith’s reporting by “point[ing] out facts that contradict aspects of [Smith’s] column.” Farrow admitted to misspeaking in an NPR interview about NBC’s role in killing his story on Harvey Weinstein, but denied other statements while including screenshots and archived tweets in his thread.

Farrow referred readers to another Twitter thread from The New Yorker editor Michael Luo where he said Smith is, “sanding the inconvenient edges off of facts in order to suit the narrative he wants to deliver.”

15/ We take corrections seriously and would be happy to correct something if it were shown to be wrong. But Ben has not done that here.

Farrow has written for The New Yorker for three years after working for the Obama administration and hosting a cable news show on MSNBC. He was awarded a Pulitzer prize for his work in 2018 — one he split with The New York Times.