Investors Rage at Financial App Robinhood for Cutting Off Trades of GameStop: ‘Turns Out Free Market Isn’t So Free After All’ 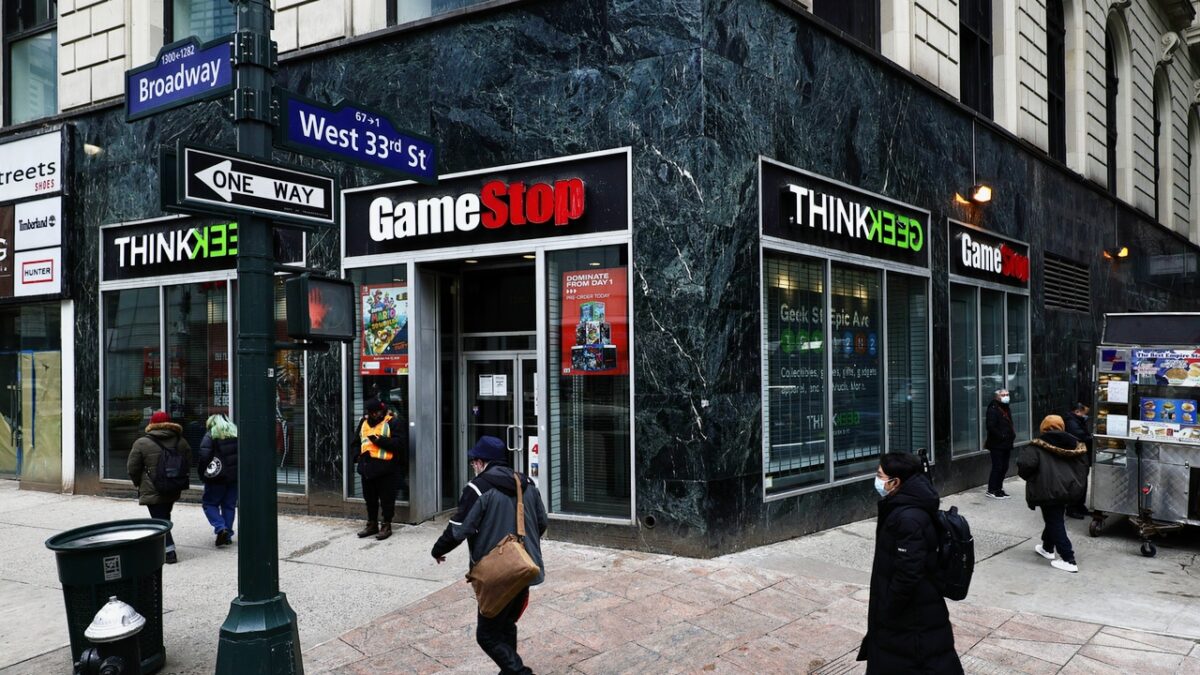 The stock market frenzy and chaos created mainly by the actions of members of Reddit’s “WallStreetBets” subreddit continued to ignite on Thursday after day trading app Robinhood halted all purchasing of GameStop and AMC Entertainment Holdings shares.

Investors on social media were outraged at Robinhood for what they believed to be stacking the deck against mom and pop stock purchasers. In a statement, Robinhood cited “recent volatility” for the reason it suspended purchases. Investors are being allowed to close out their positions in the impacted stocks.

Fox Business host Charles Payne‘s explosive Wednesday rant, and CNBC’s epic clash of guest and host, demonstrate the news market volatility of the story, which is framed as Little Guy vs. Evil Corporations or Internet Trolls vs. Responsible Traders, depending on which host you’re talking about.

After news broke Wednesday about the restrictions by Robinhood, TD Ameritrade and others, Twitter erupted in apoplexy, outrage, and snark.

Companies like @RobinhoodApp @etrade and @TDAmeritrade are now hand-in-hand with hedge funds screwing everyday people over.

People decided to play the big hedge funds’ game, and they took their ball and went home. https://t.co/yzsz8xisOY

yet another classic reaping/sowing from robinhood

This nonsense is in significant part Robinhood’s fault to begin with, with this sort of promotion of trading rather than investment. https://t.co/vX89oWVPSb

This Robinhood App is a bunch of bullshit huh?

Apparently Robinhood actually steals from the poor and gives to the rich.

Somebody is going to have to explain to me in what world @RobinhoodApp and others literally trying to force a crash by closing the open market is fair? They should all be in jail.

Teach your children that @RobinhoodApp gave to the rich and not the poor.

It’s a free market until the rich lose money and want to restrict the poor, but thankfully Robinhood is here to…further restrict the poor so they can keep the rich people rich and honestly this remake kinda sucks. pic.twitter.com/zGhlmhlFQU

Need LittleJohnApp to fix this mess.

me, yesterday: this gamestop stuff is crazy

me, today: DO NOT SELL YOUR STOCKS MY BROTHERS AND SISTERS. THAT IS WHAT THE ENEMY WANTS pic.twitter.com/GoFQECQ2Ns

the free market is fine, until super rich people might lose money, then they turn to corporate and government protection. but yeah, “free market.”

Turns out the “free market” in America isn’t so free after all.

Robinhood was literally created for the “little guy.”

It seems the natives of virtual Sherwood Forrest are going to remain restless for quite some time to come.