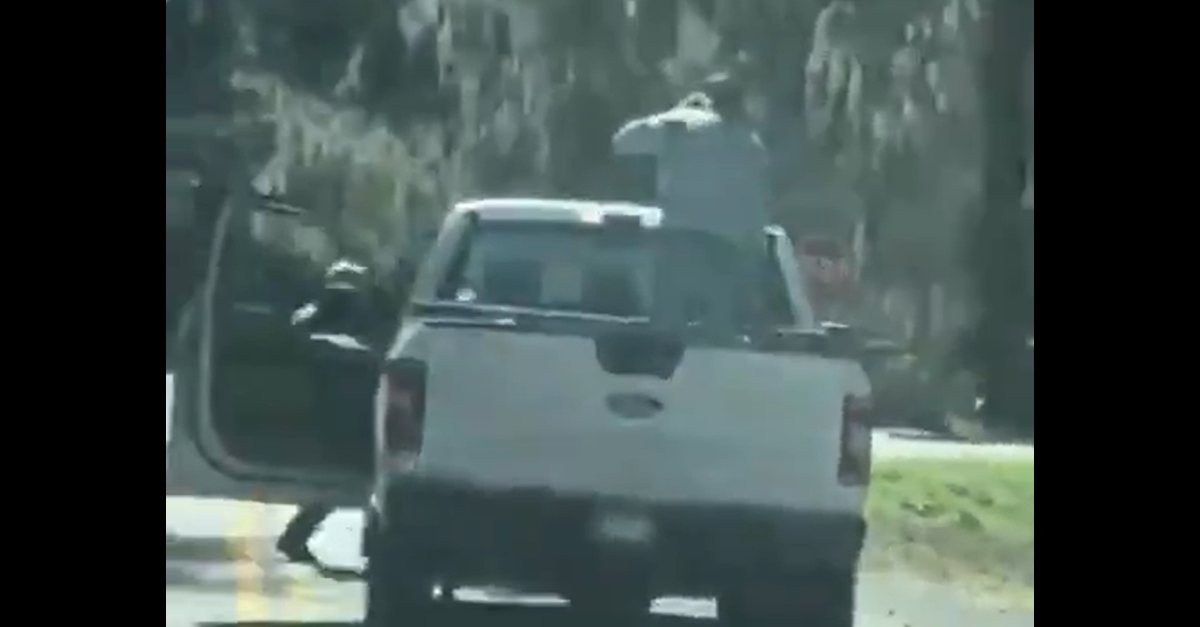 A grand jury in Cobb County, Georgia, officially indicted on Wednesday all three suspects who have been arrested for the murder of 25-year-old Ahmaud Arbery, which was captured on a viral video taken by one of the men charged in the killing.

According to a breaking news report from NBC News, 64-year-old Gregory McMichael, his 34-year-old son, Travis McMichael, and 50-year-old William “Roddie” Bryan were all charged with malice and felony murder in the Feb. 23 killing of Arbery. The father and son were arrested more than two months after the shooting, and then Bryan, who filmed the attack, was also charged two weeks later when prosecutors alleged that he had hit Arbery with his truck just before the shooting.

The alleged vigilante-sytle murder of Arbery by three white men who mistook Arbery for a burglar ignited nationwide outrage in the weeks leading up to the police killing of George Floyd.