JUST IN: Judge Rules Don McGahn Must Testify Before Congress 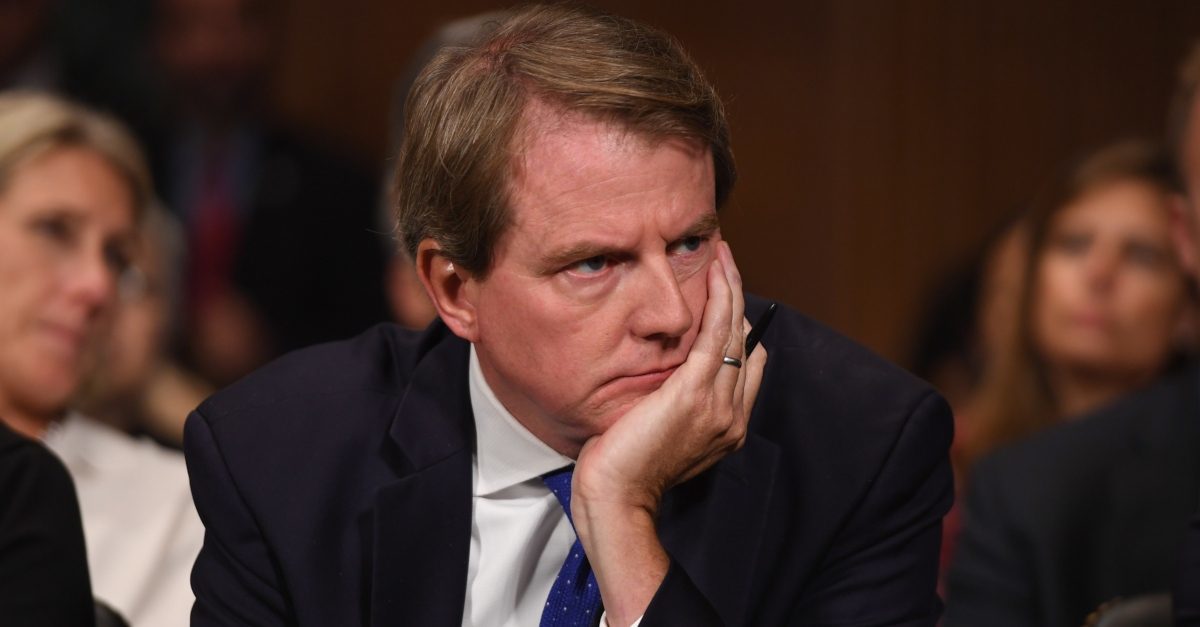 A federal judge has ruled that former White House counsel Don McGahn must testify before the House Judiciary Committee, despite the White House blocking him from doing so.

The committee filed a lawsuit to compel his testimony, and Ketanji Brown Jackson ruled against the White House’s claim of “absolute immunity.”

“[T]he Court holds only that [McGahn] (and other senior presidential advisors) do not have absolute immunity from compelled congressional process in the context of this particular subpoena dispute,” Jackson wrote, quoting a similar ruling by a Republican appointed judge in 2008 in a case involving former George W. Bush counsel Harriet Miers.. Like Miers, Jackson wrote, “Donald McGahn ‘must appear before the Committee to provide testimony, and invoke executive privilege where appropriate.”

End of the opinion from Judge Ketanji Brown Jackson pic.twitter.com/skUvYC0w8D

However, as NBC News’ Pete Williams noted in his report, McGahn “can invoke executive privilege where appropriate.”

The DOJ is expected to appeal the decision.

House Democrats have been seeking testimony from McGahn given his firsthand knowledge of events detailed in the Mueller report with respect to potential obstruction of justice.