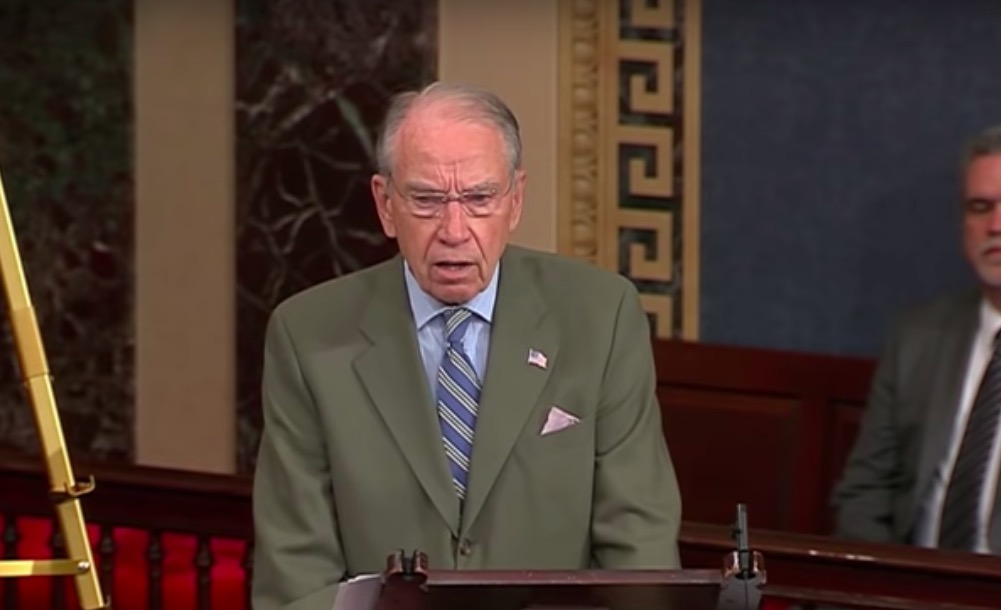 “I hope it’s not true McGahn is leaving WhiteHouse Counsel,” the Iowa Republican wrote. “U can’t let that happen”.

@realDonaldTrump I hope it’s not true McGahn is leaving WhiteHouse Counsel. U can’t let that happen

Trump tweeted this morning that McGahn would be leaving his position in the fall:

White House Counsel Don McGahn will be leaving his position in the fall, shortly after the confirmation (hopefully) of Judge Brett Kavanaugh to the United States Supreme Court. I have worked with Don for a long time and truly appreciate his service!

It was reported earlier this month that McGahn had been cooperating with special counsel Robert Mueller, which may have something to do with his departure from the White House.

Why Grassley would want McGahn to stay – and why he would say so publicly – is unknown.

Politico’s Jake Sherman has a theory:

initial reaction from the chairman of the Senate Judiciary Committee.

It seems like the White House leg affairs office — which is building back up at the moment — has not informed key stakeholders about this massive decision https://t.co/V6tS0AgpGR