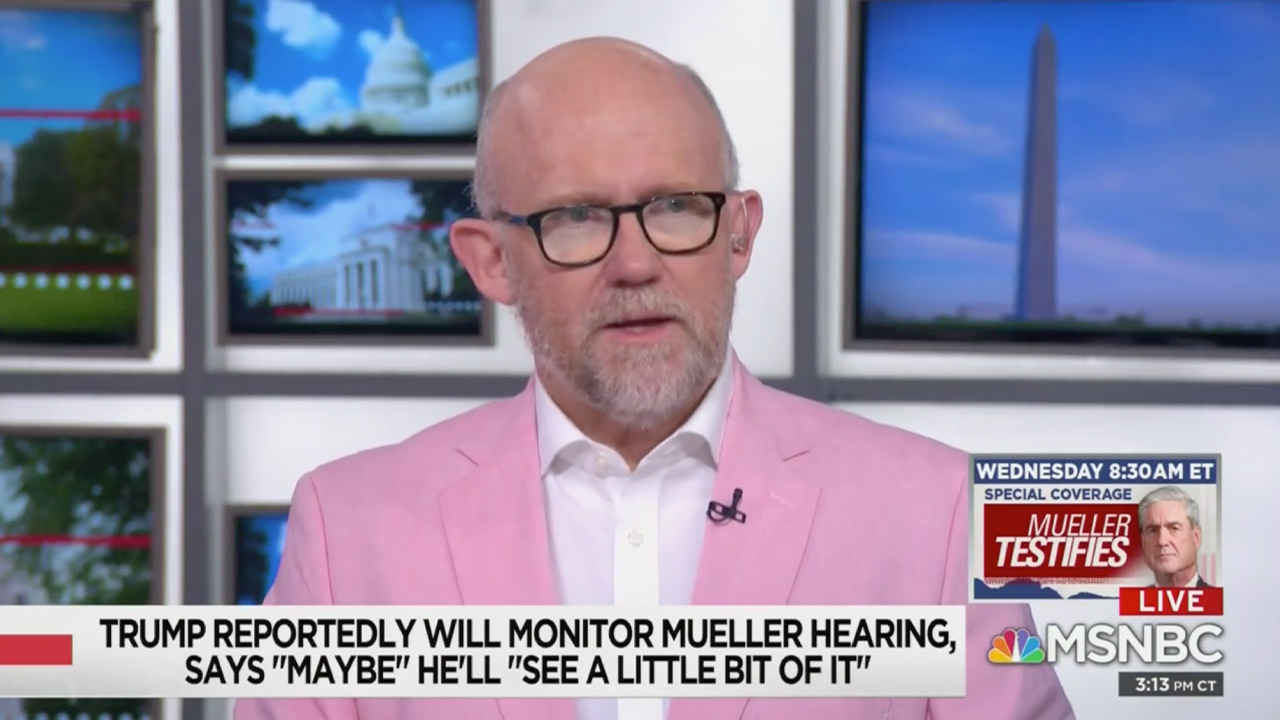 Never-Trump pundit Rick Wilson sparked outrage late on Wednesday night after posting a tweet responding to a story about First Lady Melania Trump set to speak publicly about the coronavirus with the hashtag “#BeInfected.”

Explaining his joke Thursday morning, Wilson billed it as “a riff on ‘BeBest’ and it’s utter failure in the face of her husband’s continued role as Global Troll in Chief and National Bully.”

ANYONE who thought I was wishing COVID on Melania is fuckwit.

You know full well it was a riff on “BeBest” and it’s utter failure in the face of her husband’s continued role as Global Troll in Chief and National Bully.

That said, fap to your fake-ass outrage all you like.

Following the joke aimed at the First Lady, conservatives on Twitter ripped into Wilson:

What is wrong with you?https://t.co/hygQzseUta

This is garbage, and you are a grown ass adult who should know better.

He’s panicking. He’s lamely trying to put on his man-face here but this loser is the biggest coward in the business. He nearly shit himself when I approached him in the Delta Terminal at LaGuardia Airport. His putrid face turned white as a ghost. ???? https://t.co/NLFogwbA3i

This is the most insidious & hateful rhetoric of anyone who exists in political punditry. Rick Wilson is wishing Coronavirus on Melania Trump. It doesn’t matter if the wish is aimed at a First Lady, or a doctor, a teacher, a policewoman. It is despicable. He deserves no platform. https://t.co/uTr5RVZSTX

There are not many people worse than Rick Wilson. This man, in a desperate attempt to stay relevant, has said some of the worst things to people. #BeInfected is his latest. President Donald Trump broke him. https://t.co/IhDe0ArfwA

You should never wish that your political opponents get sick. This is obvious to most people. But others are so poisoned by hate… https://t.co/4xJ8vuym7v

This tweet is sad but not surprising considering the source.

I hope he is not saying that he wants the @FLOTUS to be infected by the #Coronavirus because that is what his tweet seems to imply.

Wilson fired back at critics, going on the attack against anyone who called him out.

TPUSA’s Chief Creative Officer and former Buzzfeed journalist Benny Johnson called Wilson “scum of the earth,” but quickly was dunked on for his habitual plagiarism.

Did you write that tweet or did you plagiarize it from someone else? https://t.co/7nihu2gLUg

For y’all who are new here, @bennyjohnson is a serial plagiarist and fabulist.https://t.co/6vUVXnYWyohttps://t.co/U5oZHo6cZZhttps://t.co/L5QSpsWfOB

Wilson continued to fire back at critics of his “#BeInfected” remark:

She has me blocked, naturally, but you might ask her #whofundsthefederalist https://t.co/woFIIanP2x

As noted several times, it was a play off her failed #BeBest campaign, but the Trump outrage machine needs feeding. https://t.co/hzrvnQlfQR

UPDATE – 6:52 PM EST: In a statement to Mediaite, Wilson stated the following: “Since there’s a lot of slowness in understanding humor in Trump world, the use of the hashtag was an ironic callback to her role in ending online bullying while her husband the Troll-in-Chief and First Bully does what he does without a raised eyebrow. If Melania has a role to play in COVID response with the same success as ‘#BeBest’, we might as well stock up on more body bags. If I’d wanted to wish COVID on Melania, I’d have said it outright. You might have noticed I don’t pull a lot of punches.”

“Interestingly, not one of the Trump-right media organs who ran with this story – not ONE — contacted me for context or comment. Says a lot,” Wilson concluded.