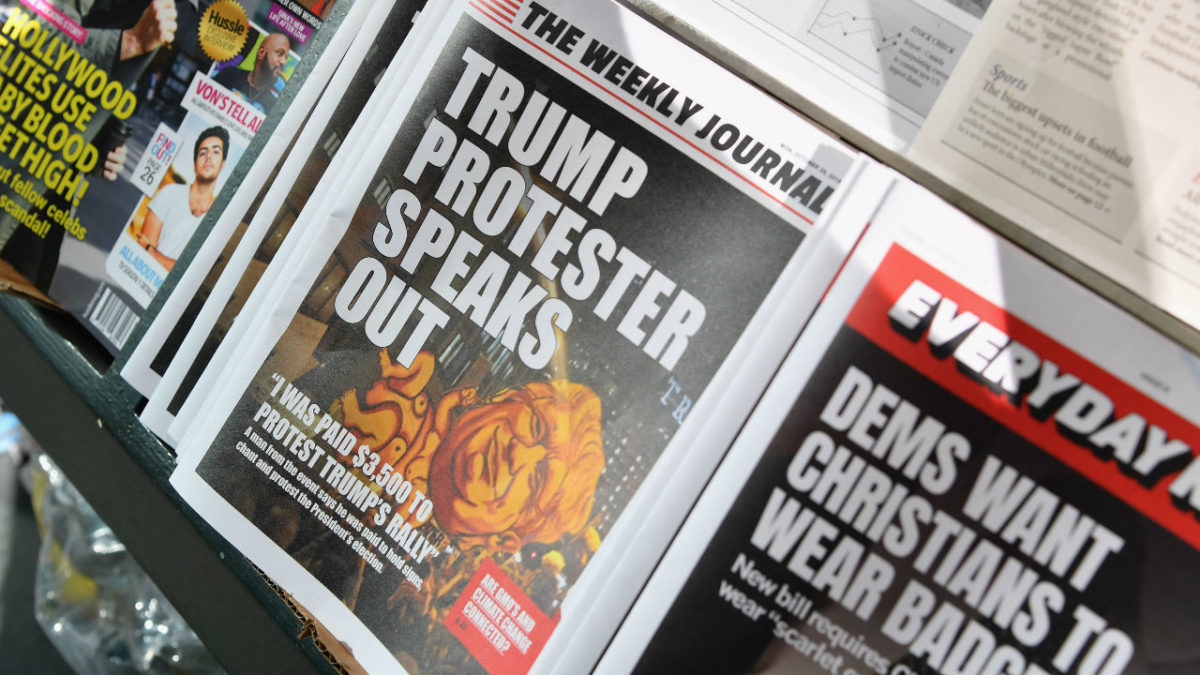 A new Pew survey finds that many Americans consider made-up news to be a bigger problem than issues like terrorism and climate change.

In the survey, reported by Axios this morning, 50 percent of respondents said made-up news is a very big problem.

The survey shows a majority of respondents blame political leaders and activist groups for made-up news, while 53 percent say the news media itself has the biggest responsibility to tamp down on it.

If you look at some of the results by party, a majority of Republicans blame journalists for creating made-up news––58 percent––compared to only 20 percent of Democrats.

You can read the full results here.