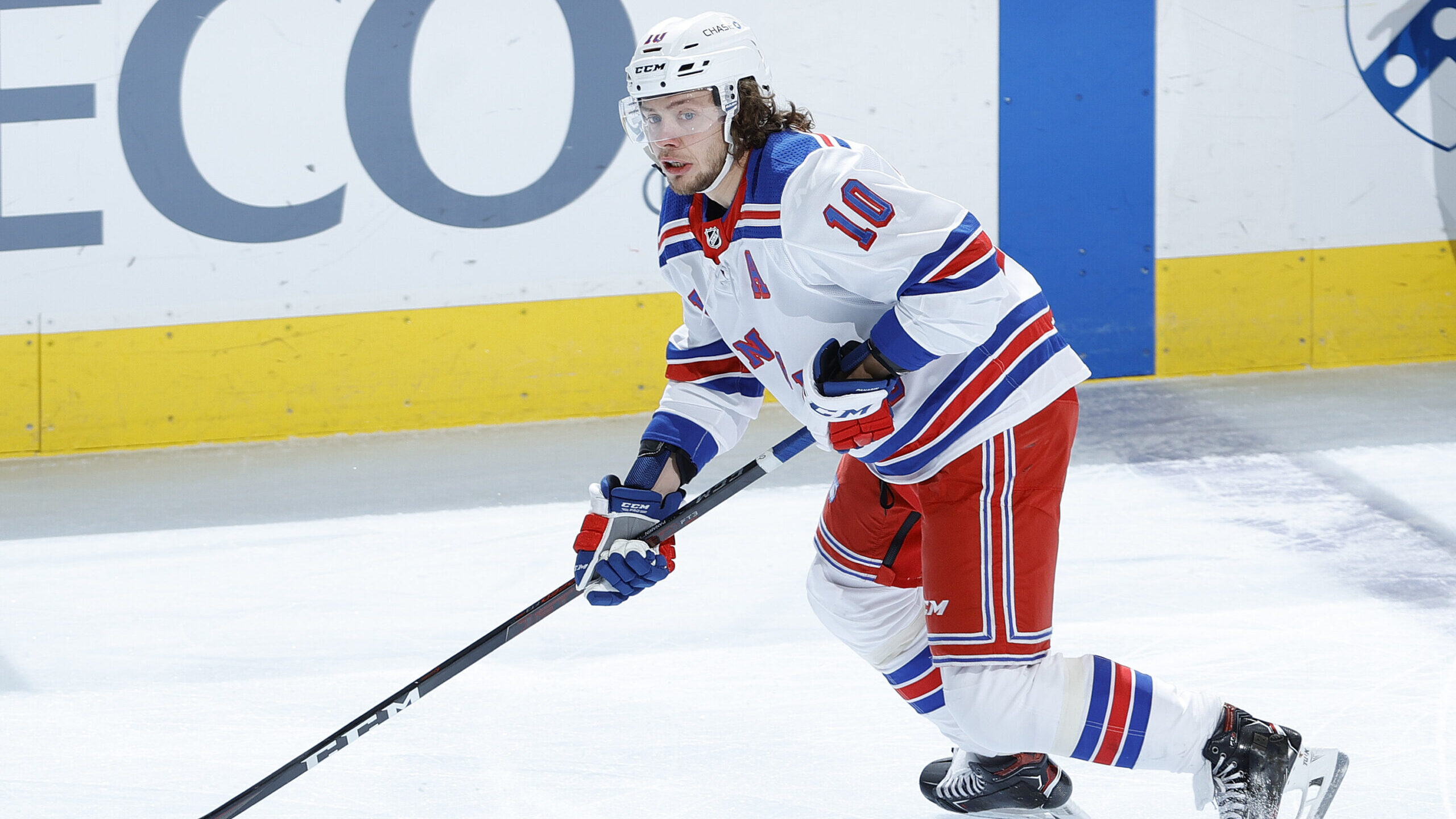 PHILADELPHIA, PENNSYLVANIA – FEBRUARY 18: Artemi Panarin #10 of the New York Rangers looks for a teammate during the first period against the Philadelphia Flyers at Wells Fargo Center on February 18, 2021 in Philadelphia, Pennsylvania. (Photo by Tim Nwachukwu/Getty Images)

The New York Rangers issued a statement in support of star player Artemi Panarin, who has taken a leave of absence from the team following what the Rangers called a “fabricated story” and “intimidation tactic” against Panarin for recently speaking out in favor of jailed Russian opposition leader Alexei Navalny.

“Artemi vehemently and unequivocally denies any and all allegations in this fabricated story,” the statement says. “This is clearly an intimidation tactic being used against him for being outspoken on recent political events. Artemi is obviously shaken and concerned and will take some time away from the team. The Rangers full support Artemi and will work with him to identify the source of these unfounded allegations.”

According to a report Monday in the New York Post, Russian media outlet ALhockey.ru published a story in which Panarin’s former coach in Russia, Andrei Nazarov, said that Panarin physically attacked an 18-year-old Latvian girl in a hotel bar in 2011.

In the story, which NY Post sports reporter Mollie Walker translated from Russian, Nazarov said that on Dec. 11, 2011, when Panarin was playing for Moscow-area hockey team Vityaz, Panarin and some teammates were at a hotel bar after losing a game.

“[A] then-19-year-old Panarin and other teammates were out at a hotel bar when he ‘sent the 18-year-old citizen of Latvia to the floor with several powerful blows,’” Walker tweeted, summarizing and quoting from the Russian report.

According to the NY Post report, Nazarov says Panarin “was detained by the police before there was an eventual criminal case and a trial. But Nazarov alleges that there was a bribe of 40,000 euros in cash to let Panarin off the hook.”

Panarin, who has previously criticized Russian President Vladimir Putin, has recently expressed support for Navalny, who was recently jailed for what he has said were politically motivated charges. On Jan. 21, Panarin posted a photo of Navalny and his family on Instagram, with a caption that translated to “Freedom for Navalny,” the NY Post reported.

Former hockey writer and NHL commentator Igor Eronko tweeted that Panarin’s former teammates who were in Riga on the night of the alleged attack say that Nazarov’s reports are “absolutely false.”

The National Hockey League said “it is supportive of Panarin and the Rangers and will continue to monitor the situation.”

Panarin is the Rangers’ leading scorer, with 18 points in 14 games this season, according to the NHL. He is in the second season of a seven-year, $81.5 million contract he signed with the Rangers in July 2019.