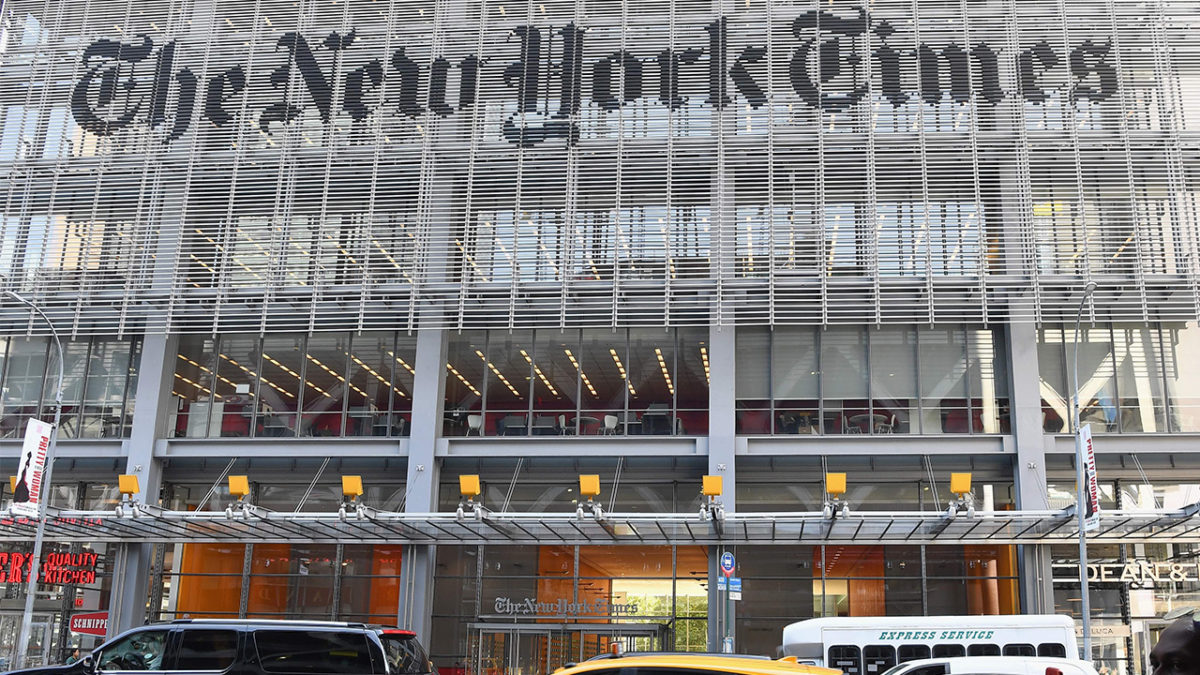 The New York Times has changed its print edition headline of a report on President Donald Trump‘s response to the two mass shootings this weekend after receiving a lot of Twitter blowback.

The original headline said “TRUMP URGES UNITY VS. HATE,” and was widely criticized for the framing of the president’s remarks Monday morning — including by a number of Democrats running for president.

That’s not what happened. https://t.co/m6eIZOARcZ

Lives literally depend on you doing better, NYT. Please do. https://t.co/L4CpCb8zLi

Hey, @nytimes — what happened to “The Truth Is Worth It?”

Not the truth.
Not worth it. pic.twitter.com/N5tMTEoLln

After the massive social media blowback, the Times has changed the headline to “ASSAILING HATE BUT NOT GUNS”:

The new headline is also getting some criticism:

Right…the only accurate headline would be: "Assailing White Supremacist Hate, But Not His Own." https://t.co/MRs5P8PcGF

Wanna try for a third? https://t.co/yuCCy2iv8Z

@TomJolly: you seem like a nice guy. That headline is not good. Not accurate. Not contextual. It’s just wrong and the grey Lady should be ashamed of printing this crap. The President does not, in fact, assail hate. He fans the flames and inspires white supremacists. Do. Better. https://t.co/USsT9gUJP4