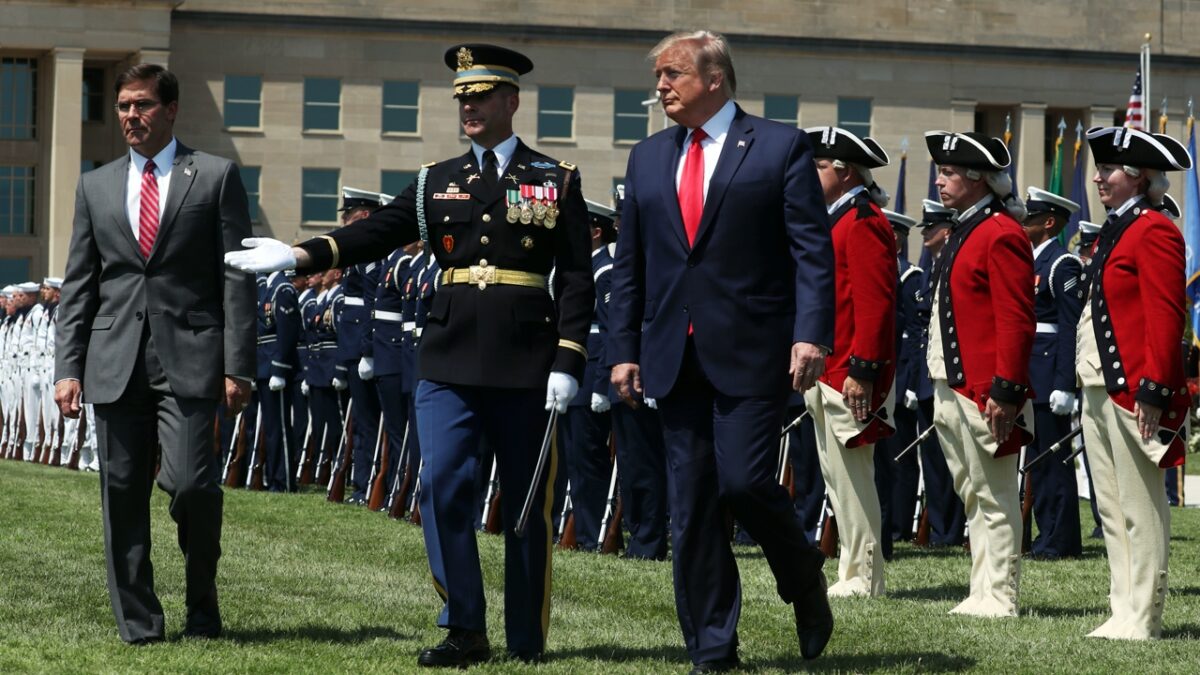 Defense One reports that the Pentagon confirms the military will not hold a farewell ceremony for President Donald Trump, as it has for past presidents.

The outlet, which focuses on national security issues, broke the news that Trump won’t be getting the traditional sendoff in a scathing commentary by Executive Editor Kevin Baron:

The Pentagon, in a break with recent tradition, will not host an Armed Forces Farewell tribute to President Donald Trump.

It’s a shame, but not a surprise. Trump will leave office in disgrace, one week after the House voted a second time for his impeachment, two weeks after his supporters staged a deadly siege in the Capitol Building, six months after he dragged his Joint Chiefs chairman into a political firestorm, and after four years of nonstop assaults on truth. One of those disgraces is how he is ghosting the U.S. troops that he commanded.

On Wednesday, the White House announced that this weekend Vice President Mike Pence “will deliver remarks to sailors on the Trump Administration’s historic foreign policy achievements at Naval Air Station Lemoore,” and then to the 10th Mountain Division, in Fort Drum, New York. Two senior defense officials confirmed to Defense One on Thursday that no military farewell is being planned for the commander in chief.

Baron’s reporting, as Jim Heath points out, doesn’t specify who made the decision or why. Heath also provides a review of past such ceremonies:

For the last 40 years, the Pentagon has seen each president out the door with a farewell tribute.

In 2017 that included a salute from a military band, a review of troops, and a long line of military leaders stepping forward to praise President Obama.

They thanked Obama for the care he had demonstrated for the troops, for his strategic thinking, and for his work with NATO and other allied military organizations.

Trump is reportedly considering throwing himself a farewell ceremony that would include military flourishes like a 21-gun salute.