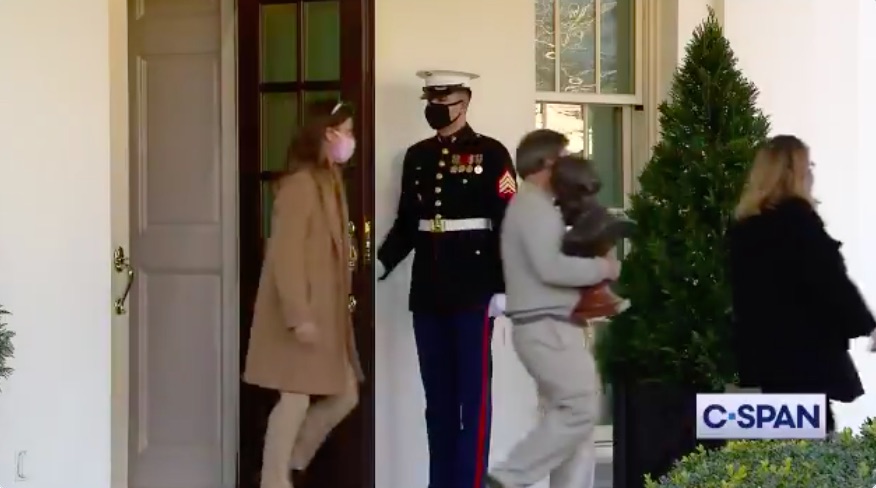 With less than a week left before President-elect Joe Biden’s inauguration, the Trump White House is beginning to be cleared out.

Over the past day, the White House has been abuzz with activity, as moving trucks and hand carts could be see around the building and some staffers, including White House economic adviser and election fraud dead-ender Peter Navarro, could be seen toting decorative items outside on the grounds.

Stacks of empty cardboard boxes have arrived on the White House grounds as the clock continues to tick down for the Trump admin. https://t.co/qz8mnbm842

Three staffers were seen on C-Span leaving the West Wing on Thursday afternoon, one of which was carrying a bust of Abraham Lincoln that was due to be returned to a museum. Incoming presidents routinely pick different items from national artifacts to decorate their White House and reflect their personal taste and principles.

SPOTTED: Bust of President Abraham Lincoln leaving the West Wing about an hour ago. pic.twitter.com/QOulIk1dQE

Navarro, a hard-line China hawk, was seen carrying a blown-up photograph of a meeting between Trump and Chinese President Xi Jinpingb.

And video captures White House staffers rolling in hand carts and loading up boxes of documents as they emptied out the offices that will soon be occupied by the Biden administration.

Moving trucks can be seen outside the White House pic.twitter.com/Mx7CmLhVIo