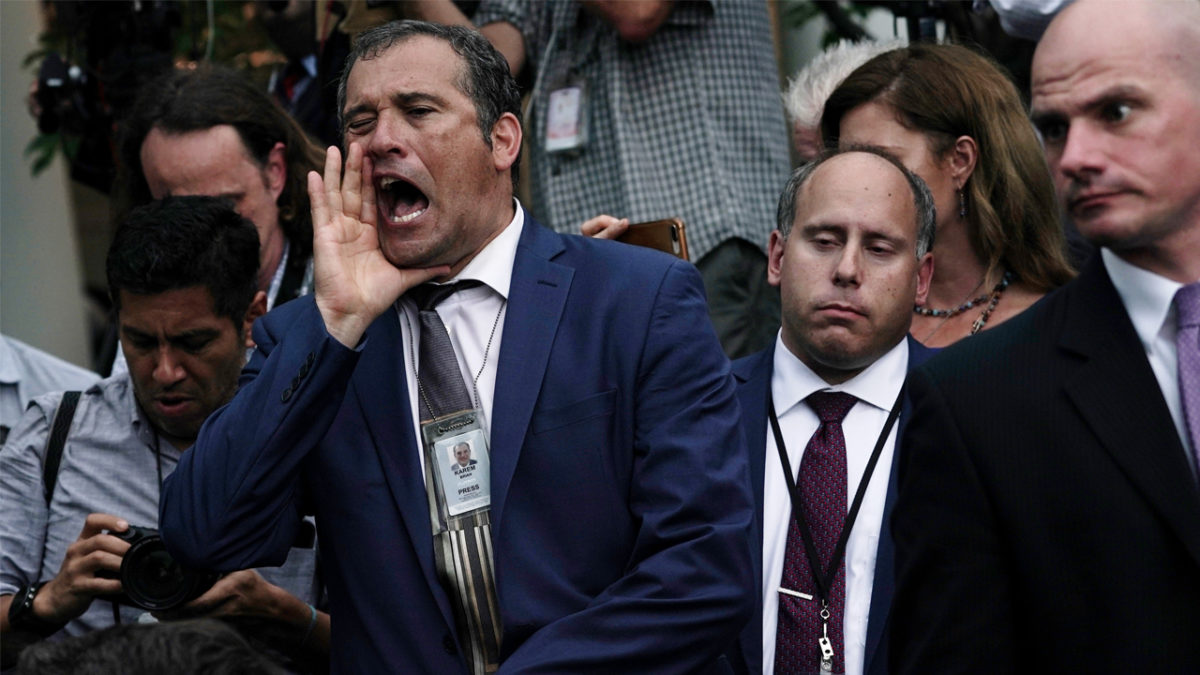 Karem’s credentials were pulled over that shouting match he got into with Sebastian Gorka a few weeks ago at the White House’s social media summit. You can check out the videos from the event here and here.

The lawsuit names both Grisham and President Donald Trump as defendants, and calls for his hard pass to be “immediately restored.”

Grisham had called Karem’s conduct “unacceptable and disruptive,” and in a statement to the Washington Post tonight, she stands by the decision after Karem filed the lawsuit:

I stand by my decision to temporarily suspend Mr. Karem’s hard pass for 30 days due to his behavior at a Rose Garden event. The purpose of a hard pass is to provide access to the White House so members of the press can report and ask questions of officials who are taking questions. Mr. Karem did not use the access granted to him for journalistic purposes – in fact, the President had left the event. Instead, he used his press pass to insult invited guests and make comments that threatened to escalate into a physical confrontation to the point that the Secret Service intervened.

Karem responded in a tweet saying, “Since no one in this administration has any credibility another lie is expected.”

Since no one in this administration has any credibility another lie is expected. @realDonaldTrump https://t.co/KXLcCrOhx7

Ted Boutrous, Karem’s attorney, said in a statement, “We are confident that the Administration’s latest punitive and lawless action against a journalist will not stand, and we look forward to our day in court.”