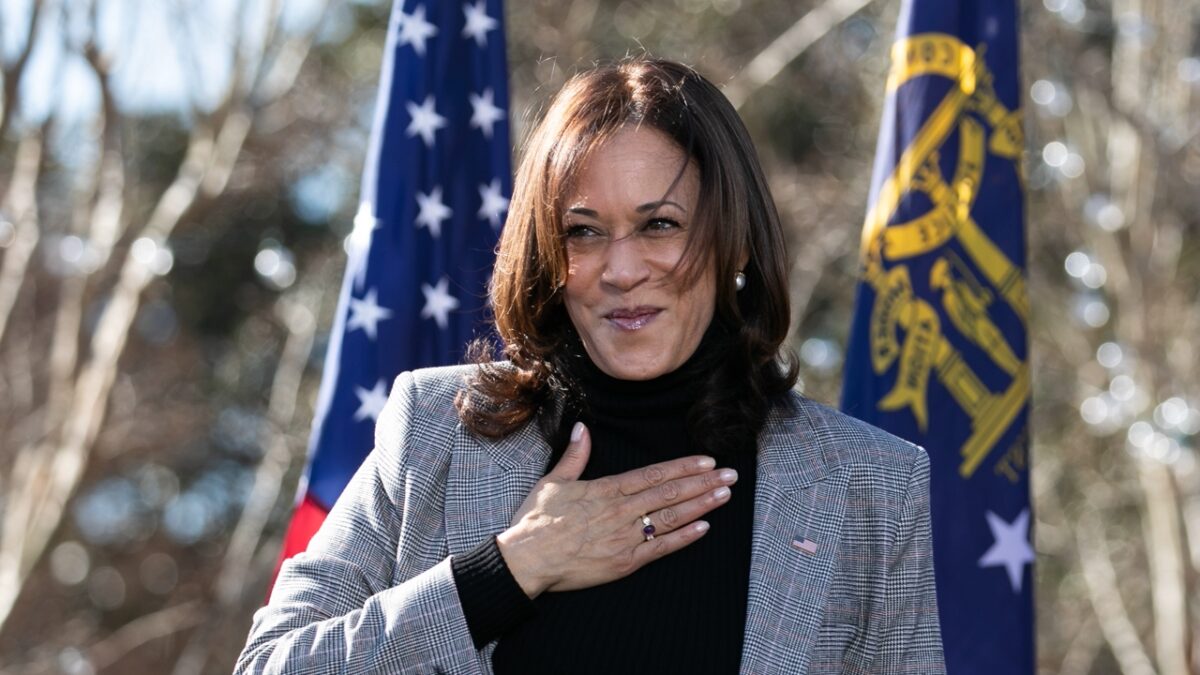 High-profile progressives like Reps. Ro Khanna and Ilhan Omar and a raft of political organizations want Vice President Kamala Harris to overrule the Senate parliamentarian’s decision not to allow a $15 minimum wage provision to be included in a bill that would only need 50 votes to pass, rather than the 60 needed to overcome a filibuster.

In order for the bill — President Joe Biden’s $1.9 trillion Covid relief package entitled the “American Rescue Plan” —  to pass through the so-called reconciliation process, it needs to meet a set of rules, and the parliamentarian is the person who decides which provisions do or do not satisfy those rules.

President Joe Biden has been explaining this process for several weeks, publicly and privately, and expressing strong support for the minimum wage provision’s inclusion — while preparing supporters for the likelihood that it would be stricken by the parliamentarian.

On Thursday night, that ruling came down, as Senate Parliamentarian Elizabeth MacDonough ruled that the provision does not meet the requirements for inclusion in a reconciliation bill.

Rep. Khanna greeted the news of the ruling by writing that “an unelected parliamentarian does not get to deprive 32 million Americans the raise they deserve,” and added “This is an advisory, not a ruling. VP Harris needs to disregard and rule a $15 minimum wage in order.”

I’m sorry—an unelected parliamentarian does not get to deprive 32 million Americans the raise they deserve.

This is an advisory, not a ruling. VP Harris needs to disregard and rule a $15 minimum wage in order.

We were elected to deliver for the people. It’s time we do our job. https://t.co/rraVhT5GV7

And a lengthy list of organizations that includes the National Black Women’s Roundtable, She the People, and the Urban League sent a letter requesting a meeting with President Biden and Vice President Harris to plead the same case:

We are women of color, people of color, women, low-wage workers and organizations that represent and support them. We are writing to urge you to use the full power of your office to
bring essential financial relief to all working people in America, by ensuring that a $15 federal minimum wage is included in the budget reconciliation process, regardless of the opinion of the parliamentarian.

As President of the Senate, Vice President Harris has the Constitutional power to disregard the recommendation of the Senate Parliamentarian and include this provision in the COVID relief legislation.

Rep. Khanna is correct that VP Harris can disregard the parliamentarian’s advice, which carries no more authority than another famed Parliamentarian’s suggestion to tear the roof off the sucker. It’s just advice.

But as many people pointed out to Khanna, Harris’ ruling would then be subject to appeal, and even if it were sustained there are at least two Democratic senators — Sens. Joe Manchin and Kyrsten Sinema — who have publicly indicated they do not support the $15-an-hour minimum wage.

Rep. Omar suggested replacing MacDonough to get around the ruling.

What’s a Democratic majority if we can’t pass our priority bills? This is unacceptable.

But MacDonough’s ruling isn’t a judgment on the merits of the provision or a matter of personal or partisan caprice, it’s the product of an analysis of the relevant Senate rules, in this case the so-called Byrd Rule. The obstacle isn’t the parliamentarian, it’s the rules, and the VP can’t unilaterally overrule them.

When progressive journalist Sam Stein pointed out the prospect that Harris could be overruled, Rep. Khanna responded by writing “I do not think at the end of the day any Senator or Congressman will be the lone vote to sink the President’s agenda. Let’s force the vote. Progressives vote all the time for bills while noting objections to some provisions.”

I do not think at the end of the day any Senator or Congressman will be the lone vote to sink the President’s agenda. Let’s force the vote. Progressives vote all the time for bills while noting objections to some provisions. https://t.co/G6cUMqvPvh

For an appeal to be sustained under the Byrd Rule, 60 votes are required, not 50, according to the Congressional Research Service.

What Rep. Khanna is describing is a huge gamble, the merits of which can certainly be debated. But win or lose — and it’s almost certainly a losing bet; despite consistent and very strong support for the measure in polls, Manchin and Sinema have ample political cover to protect the Senate rules — such a maneuver might amount to pulling the pin on a grenade that could go off the next time Republicans take power.

Progressives would argue that Republicans will blow up whatever rules they need to to get what they want when they’re in power next, and history supports that argument. Any time there is an escalation in the war over Senate rules and procedure, the party in power must weigh the benefits against the political cover they are giving to the next escalation. You could argue it’s “worth it” for a minimum wage, or health care, or voting rights, but it’s tougher to argue it’s worth it when you stand to gain nothing.

During the Democratic primary, Senator Bernie Sanders campaigned on doing just this thing, appointing a vice president who would ignore the parliamentarian and the Byrd Rule, while also saying he opposed nuking the filibuster. He even made the case during the September 12, 2019 debate.

If Democrats had the votes to nuke the parliamentarian and pass the $15 minimum wage, this maneuver might make sense in a results-oriented way. But ironically, while it’s less drastic than nuking the filibuster from a practical standpoint, it’s substantively much more radical. Rather than reforming the rules, this would entail ignoring them wholesale.

Sanders seems to realize that now. Upon news of the ruling Thursday night, he released a statement condemning it, and made no suggestion that the advice be overruled. Instead, he vowed to continue fighting for $15 an hour, and to add tax provisions that would encourage companies to raise their wages to that level.

I strongly disagree with tonight’s decision by the Senate Parliamentarian. But the fight to raise the minimum wage to $15 an hour continues. pic.twitter.com/pGwrYKjOel

As a candidate, President Biden consistently cast himself as an institutionalist who would try to protect the rules of the Senate, but also repeatedly left the door open to supporting an end to the legislative filibuster if the stakes were right and the Republicans wouldn’t budge.

“If the Republicans, if there’s no way to move other than getting rid of the filibuster, that’s what we’ll do,” Biden said during a forum last August, a sentiment he expressed at numerous town halls as well.

Biden on filibuster: “If the Republicans, if there’s no way to move other than getting rid of the filibuster, that’s what we’ll do. pic.twitter.com/8XZyqvxZNu

The decision to push the button is something of a reverse-Catch 22, because the greatest danger involved is that you’re handing the same weapon to your opponent the next time they take control of the Congress and the presidency, but the surest way to avoid that eventuality is to enact legislation and policies that benefit voters the most.

The time may yet come when Democrats decide they have the votes and a sufficiently urgent need to flex their parliamentary muscles. Now is not that time, and Vice President Harris can’t change that.

Correction: An earlier version of this story incorrectly stated that the ruling of the chair could be appealed and overridden by a simple majority, based on an errant source that cited non-Byrd precedent. According to the Congressional Research Service, “A motion to waive the Byrd rule, or to sustain an appeal of the ruling of the chair on a point of order raised under the Byrd rule, requires the affirmative vote of three-fifths of the membership (60 Senators if no seats are vacant).”