Proud Boys Celebrate Trump Stand Back & Stand By on Parler

Proud Boys Celebrate Trump’s ‘Stand Back and Stand By’ Order on Social Media App Parler: ‘We Got a New Leader’

Members of far-right neo-fascist group the Proud Boys got a loud and clear message when President Donald Trump name-checked them during the first presidential debate, and chillingly celebrated the moment on conservative social media alcove Parler.

In a now-infamous exchange during the debate in Cleveland, both former Vice President Joe Biden and moderator Chris Wallace challenged President Donald Trump to denounce white supremacists and right-wing militias, but when the two men pressed Trump to actually say the words, he went in a different direction.

“Proud boys, stand back and stand by,” Trump said, then quickly moved on to say “But I’ll tell you what, somebody’s got to do something about Antifa and the left because this is not a right-wing problem.”

The moment caused instant and intense outrage on Twitter, but over on Parler — an alternative to Twitter that has attracted flocks of conservative and right-wing users — members of the group were celebrating, chillingly so.

Many of the posts contained images or video of Trump along with simple messages like “Standing by!”, “Patriots Stand By,” and simply “Stand by.” 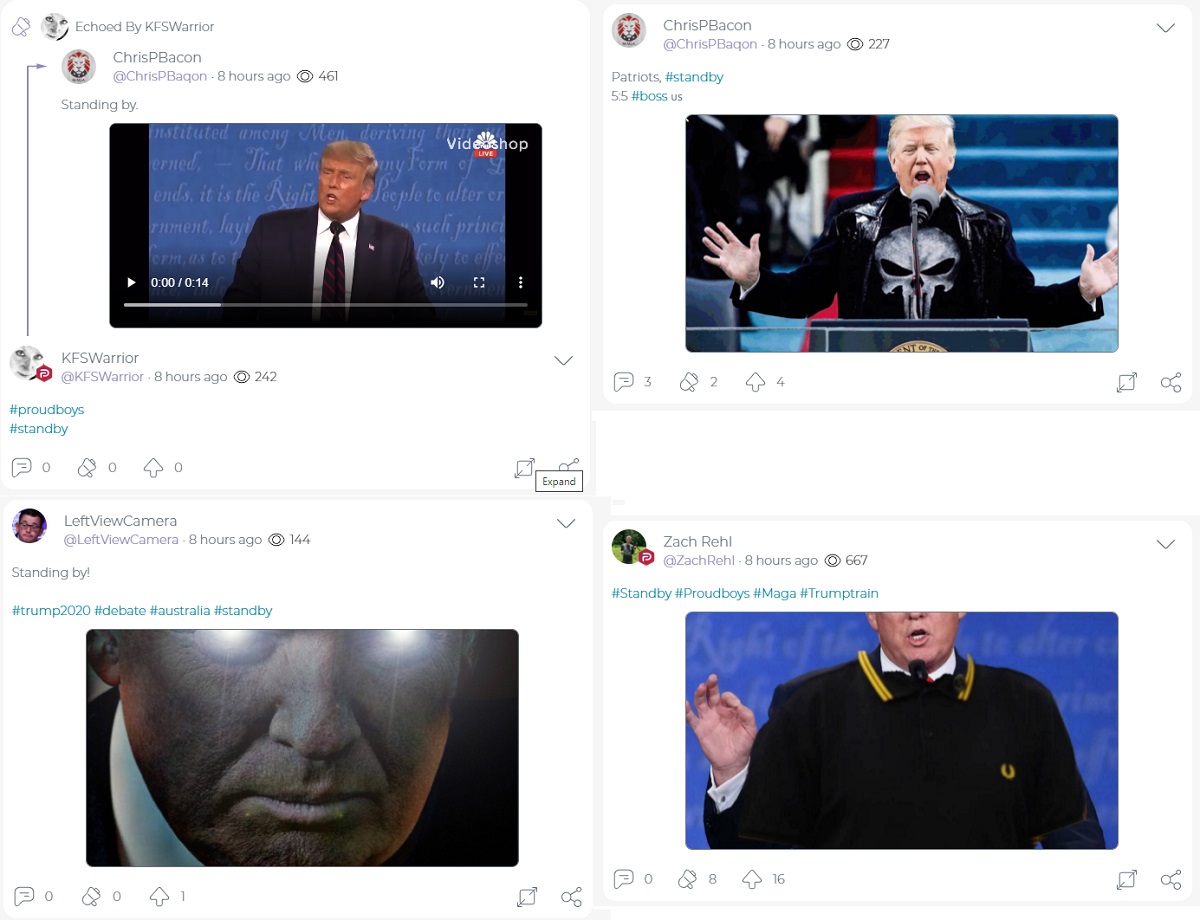 Another user was inspired by Trump’s outburst, writing “Aaand now I want to start a @theproudboys chapter in Southern Indiana.”

The national Proud Boys account posted a clip of Proud Boys founder Gavin McInnes reacting to Trump’s comments along with the message “Sorry @gavinmcinnes but we got a new leader..” 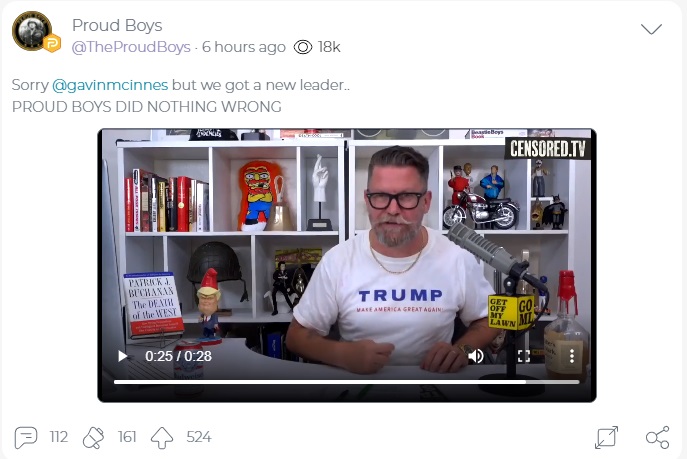 They also posted a clip of Trump with the message “STANDING BY FOR AMERICA”.

One group, Proud Boys Cleveland, seemed emboldened by the reference, posting a photograph of what they described as a “friendly visit” with police and National Guard in the city streets.

“Nice seeing y’all at the Cleveland Presidential Debate. The Proud Boys came in and walked with pride. We even got a friendly visit from the city police as well as the National Guard. Stand Back and Stand By. #proudboys #standbackstandby #presidentialdebates” the group wrote. 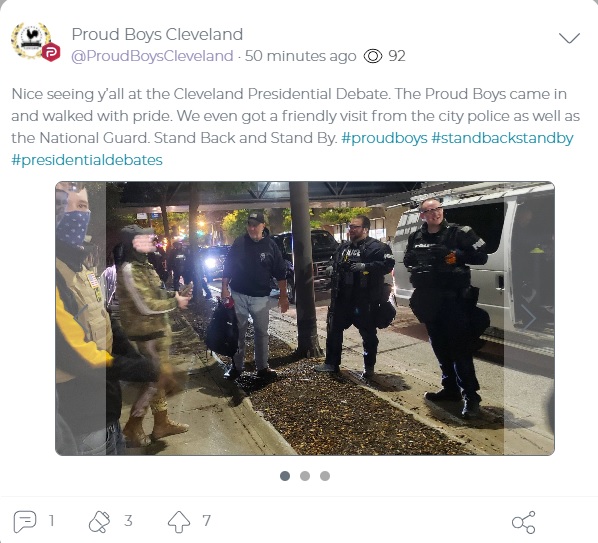 Watch the original exchange above via NBC News.