Retired Marine Corps General John Allen Condemns Trump, Warns of the ‘Beginning of the End of the American Experiment’ 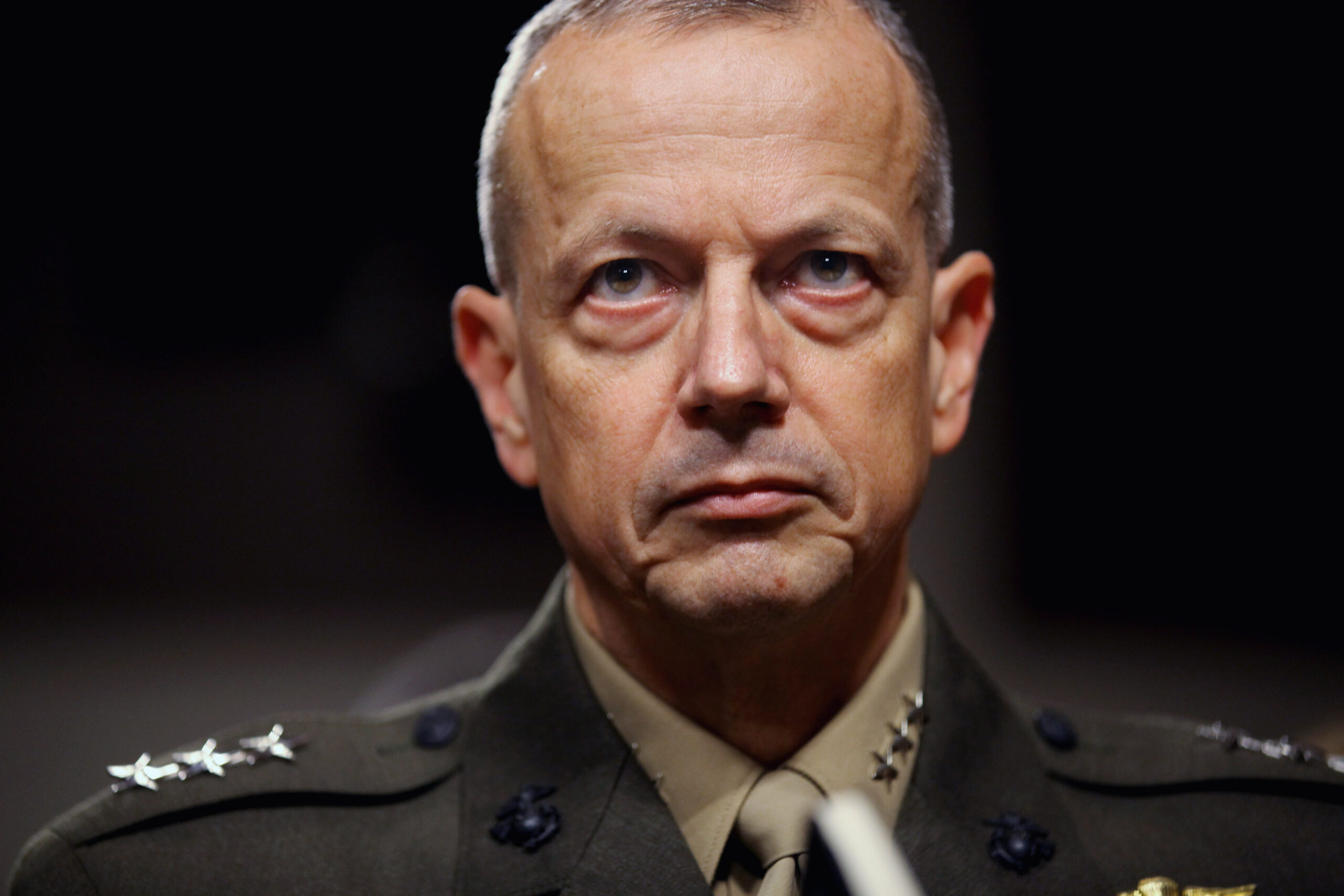 Retired Marine Corps General John Allen, the U.S. envoy to the global coalition against ISIS who currently serves as president of the Brookings Institution, said President Donald Trump’s threats to wield the U.S. military against the American people could be a harbinger for the end of democracy in America.

In an opinion piece for Foreign Policy magazine, Allen condemned Trump for his lack of leadership since the death of George Floyd sparked social unrest throughout the nation. The former envoy blasted Trump for his conduct earlier in the week, saying “to even the casual observer, Monday was awful for the United States and its democracy.”

“The slide of the United States into illiberalism may well have begun on June 1, 2020,” said Allen. “Remember the date. It may well signal the beginning of the end of the American experiment.”

On Monday, Trump ordered state governors to “dominate” protesters during a conference call, used a White House speech to threaten the mobilization of the National Guard, and then had a photo-op at St. John’s Episcopal Church after peaceful protesters were forcefully removed from Lafayette Park near the White House. Allen explained Trump is more interested in using the unrest to prop himself up as the “law and order president,” rather than addressing the actual issues that sparked the protests.

The op-ed goes on to criticize the Trump administration for their focus on rioters and looters when “the truth is that they are minuscule in numbers. The vast majority of the people protesting in the streets are justifiably furious at the murder of George Floyd, but they’re even angrier over pervasive injustice, mass incarceration, frequent false arrests, and an institutionalized devaluation of black lives and property.”

Finally, Allen condemned the use of force against D.C. protesters who “had done nothing to warrant such an attack.”

“It wasn’t enough that peaceful protesters had just been deprived of their first-amendment rights — this photo-op sought to legitimize that abuse with a layer of religion,” Allen wrote. “Donald Trump isn’t religious, has no need of religion, and doesn’t care about the devout, except insofar as they serve his political needs. We know why he did all this on Monday. He even said so while holding the Bible and standing in front of the church. It was about MAGA—’making America great again.'”

Allen slammed Defense Secretary Mark Esper for his part in Trump’s photo-op, which comes after Esper sought to distance himself from it by claiming he didn’t know what Trump was leading him to after leaving the White House. Allen’s comments also come as former Defense Secretary James Mattis tore into Trump by calling him “the first president in my lifetime who does not try to unite the American people — does not even pretend to try.”