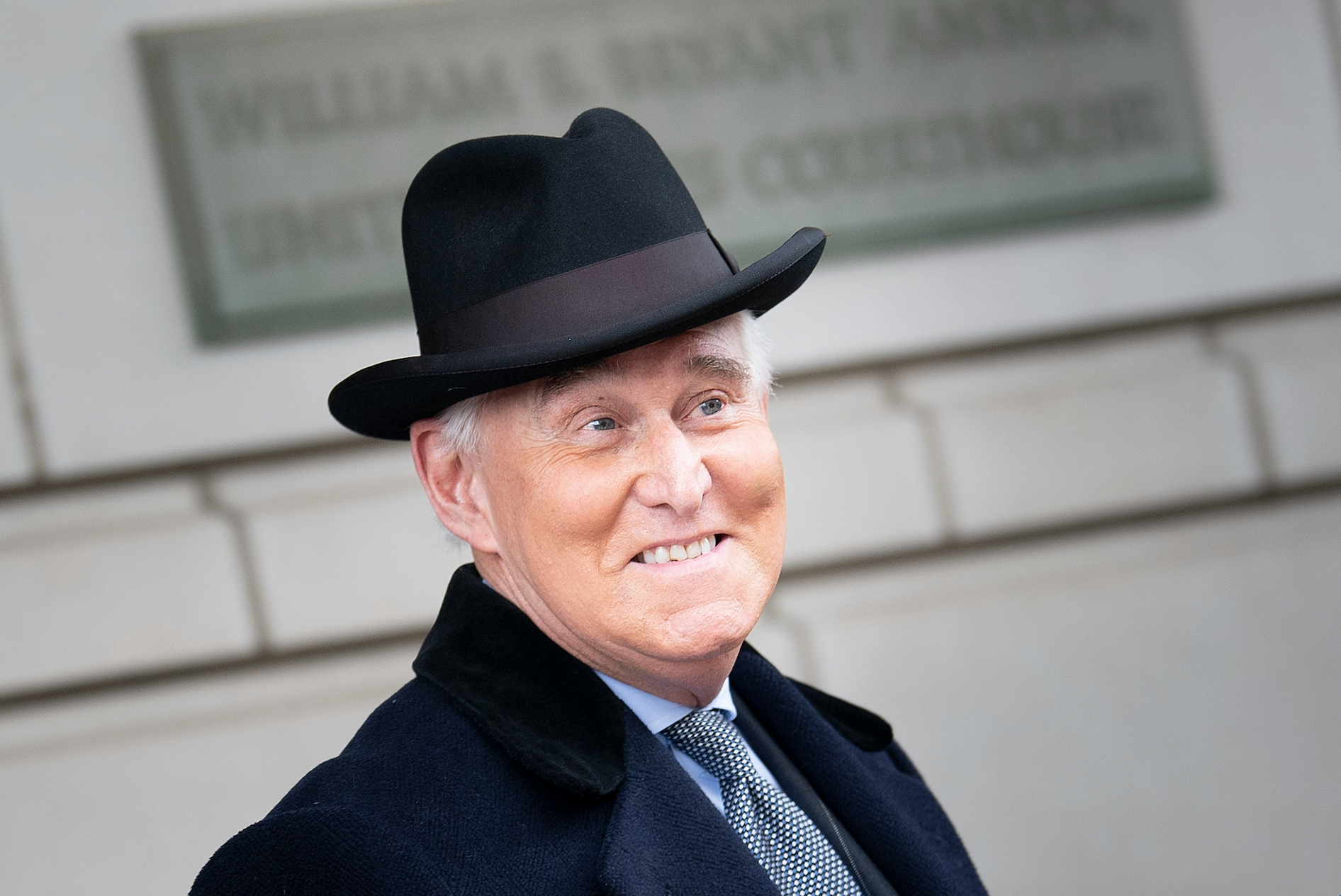 Roger Stone said he plans to file a lawsuit against the Department of Justice and former Attorney General William Barr, following his presidential pardon from President Donald Trump.

The longtime informal adviser to Trump listed a number of figures he said would be targets of his suit in a post on Parler.

“My lawyers will be filing formal complaints for prosecutorial misconduct’s with DOJ office of professional responsibility at the same time I file a 25 million dollar lawsuit against the DOJ and each of these individuals personally,” Stone continued.

“In fact, I am going to add Bill Barr to the lawsuit and I will handle his cross-examination personally,” he added. 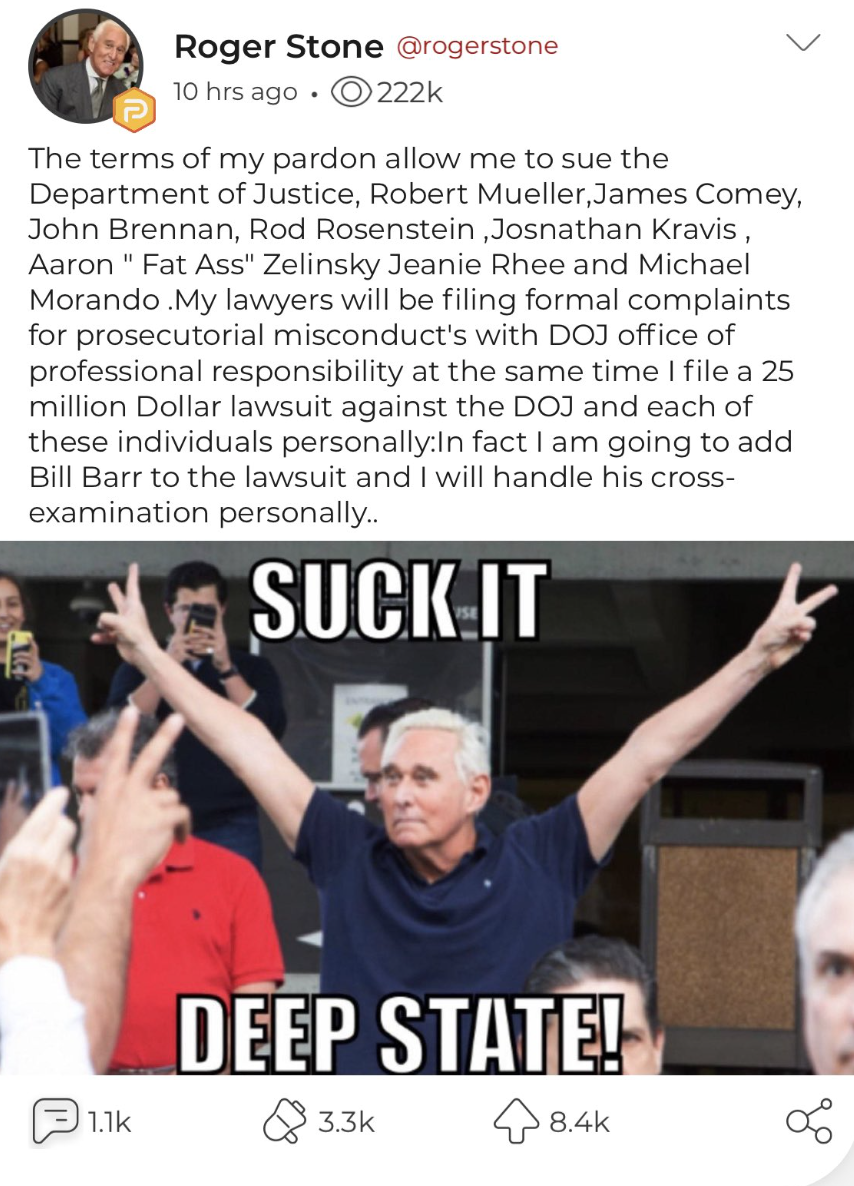 In February Stone was found guilty of witness tampering and lying to Congress. He was sentenced to more than three years in prison. Trump commuted his sentence in the summer, and pardoned him this week.

The Republican operative recently turned against Barr — the attorney general who resigned before the end of Trump’s term — declaring the Trump pick a “deep state” plant.

Stone did not return Mediaite’s request for comment on the potential lawsuit, which has yet to be filled. It might be prudent to take such threats from Stone — who believes reporters at The Daily Beast could be rounded up and jailed for “seditious” activities — with a grain of salt.

UPDATE (12/28/2020): In a 2500-word response sent on Sunday to Mediaite, Stone argued that such a lawsuit “would be quite viable,” alleging he has “extensive evidence of misconduct by the Judge, Prosecutors, the Special Counsel’s office, the Jury, DOJ, and FBI.”