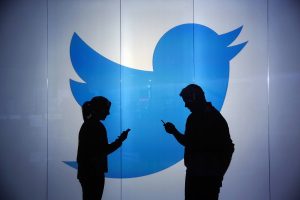 Determined to quell any clowning of Congresswoman Alexandria Ocasio-Cortez, last month Twitter went after a parody account of AOC with 85,000 followers @AOCPress. This week, they’ve suspended a similar account @AOCoffice.

The new parody account described itself as “Parody for Da Boss of NY-14 (Bronx + Queens)” and had over 29,000 followers. Upon opening it tweeted:

Thanks for deleting me, @jack! It means so much that you won’t let people make fun of me!

Some had been fooled into thinking the account was the real thing, maybe because it used the same avatar photo or maybe, because, umm, it wouldn’t be wildly out of character for AOC to say things like this.

For those asking if this is a parody account, you can just step right off. If I was a white male nobody would be           asking. It’s racist, full stop. Knock it off.

On May 7, Twitter suspended the original account for “manipulating the conversation.” Twitter rules state that they will suspend any fake or misleading accounts, but the @AOCPress account had “parody” in parenthesis at the end of its name. Its bio read “I’m the boss… you mad bro (parody)”

Common tweets from this account were among the likes of:

If socialism doesn’t work then explain to me how Bernie Sanders has become a millionaire being a socialist.

Not only am I Christian, I’m actually more Christian than Jesus was.

In Venezuela they have hotdogs made from real dogs. Not some cheap knockoff like hear in the USA.

“In the past month and a half alone, the account grew by roughly 50,000 followers. We’ve had tweets with over 30,000 likes on them, so I think Twitter decided it was time for [the account] to go,” he said.