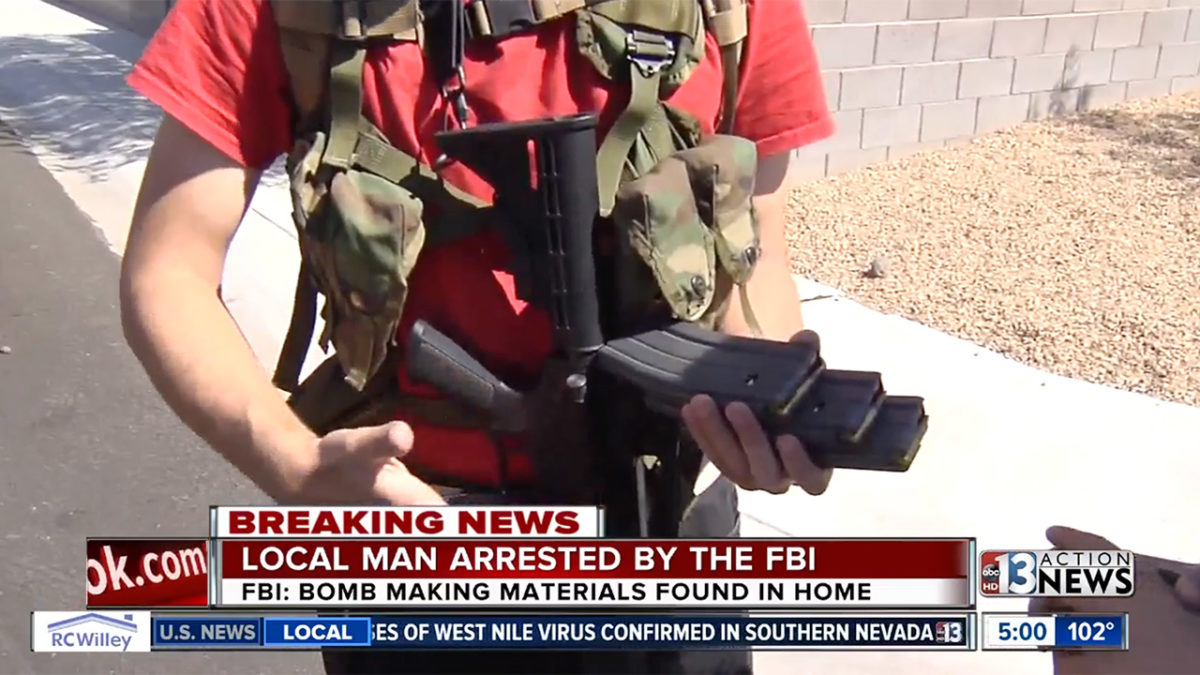 A Las Vegas security guard was arrested this week and charged with possession of bomb-making materials found in his home.

The U.S. Attorney’s Office for the District of Nevada announced tonight that Conor Climo, 23, plotted attacking a synagogue in Vegas and “conducting surveillance” on an LGBTQ bar.

And he was also apparently in communication with an extremist white supremacist group.

Agents say Climo sketched images of such an attack in drawings that included two infantry squads attacking the bar with guns from the outside and one attacking it from the inside.

He allegedly told agents, according to FBI officials, that over the past two years he thought of several ideas to carry out an attack on Jews.

He also attempted to “recruit a homeless person” for “pre-attack surveillance.”

Climo was once profiled on TV for armed patrol around his neighborhood, amid concerns from people living in the area.