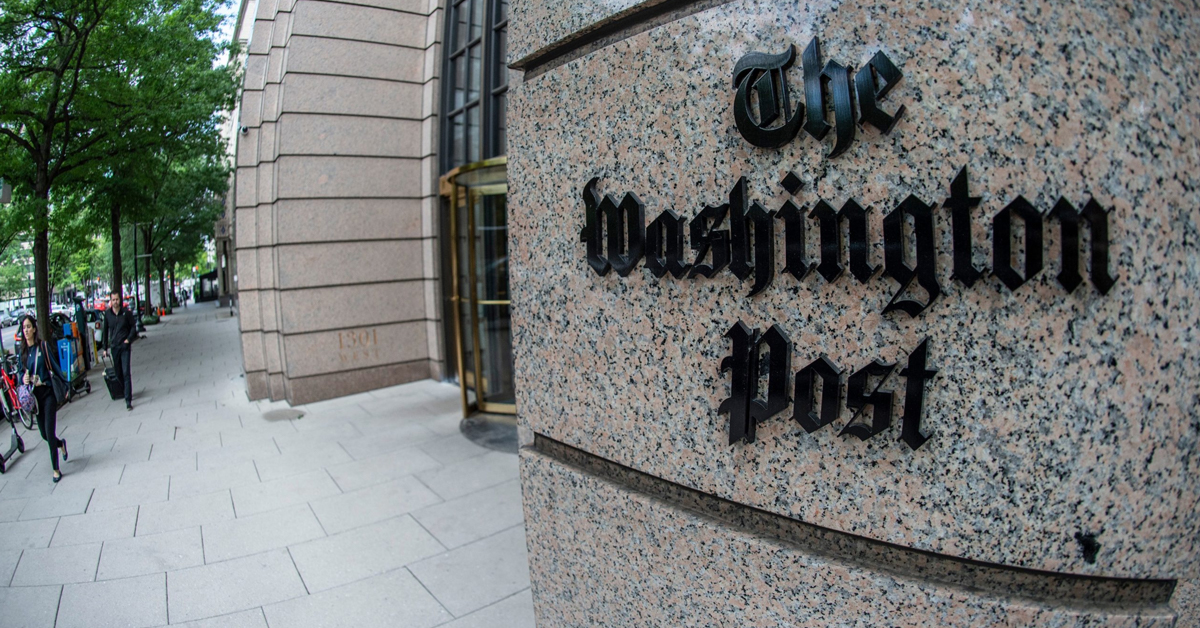 The Washington Post denied that a media columnist for the publication called this week for advertisers to boycott Fox News, but said she would be “free to make that argument” if she desired.

The publication was speaking in reference to Margaret Sullivan, a media columnist for the paper who suggested Fox was “deadly” and a “hazard to democracy” in a Monday column. “How to get the Fox News monster under control?” she asked. “The only answer is to speak the language that the bigwigs at Fox will understand: Ratings. Advertising dollars. Profit.”

“Corporations that advertise on Fox News should walk away, and citizens who care about the truth should demand that they do so,” Sullivan advised.

She closed with a suggestion that the network had contributed to the coronavirus pandemic and to unrest in the nation’s Capitol this month, opining, “When you think about Fox News’s role in the 400,000 U.S. lives lost to the pandemic and in the disastrous attack of Jan. 6, it’s even fair to call it deadly.”

Sullivan subsequently took to Twitter to expand on her case. “Here’s a list of Fox’s biggest advertisers,” she wrote in one message, with a link to advertisers provided by Media Matters, a left-wing activist group. She also highlighted a message from Max Boot, a fellow writer for The< Post, calling on readers to contact their cable companies with a demand that they jettison Fox for “peddling sedition.”

Despite the strong words and flurry of Twitter missives, a spokesman for the paper told Mediaite Sullivan did not intend to call for a “boycott” of Fox News.

“Columns reflect the views of the writer and do not speak for The Post,” Shani George, the paper’s director of communications, said in a statement. “Margaret is a columnist, and like all of our columnists, she has wide leeway to express personal opinions and apply her own analysis. She did not call for a boycott in this column or in her tweets. As a columnist, though, she would be free to make that argument if she chose.”

Several left-leaning critics have made headlines this month for speculating on the possibility of taking Fox News off the air, including Sullivan, Boot, MSNBC analyst Anand Giridharadas, and Alex Stamos, a former chief security officer at Facebook.

Given Fox’s status as the most-viewed cable-news network of 2020, those critics face dim odds for the foreseeable future.