WATCH: NY Cop Violently Throws Woman to Ground — Then She Posts Video From Her Hospital Bed 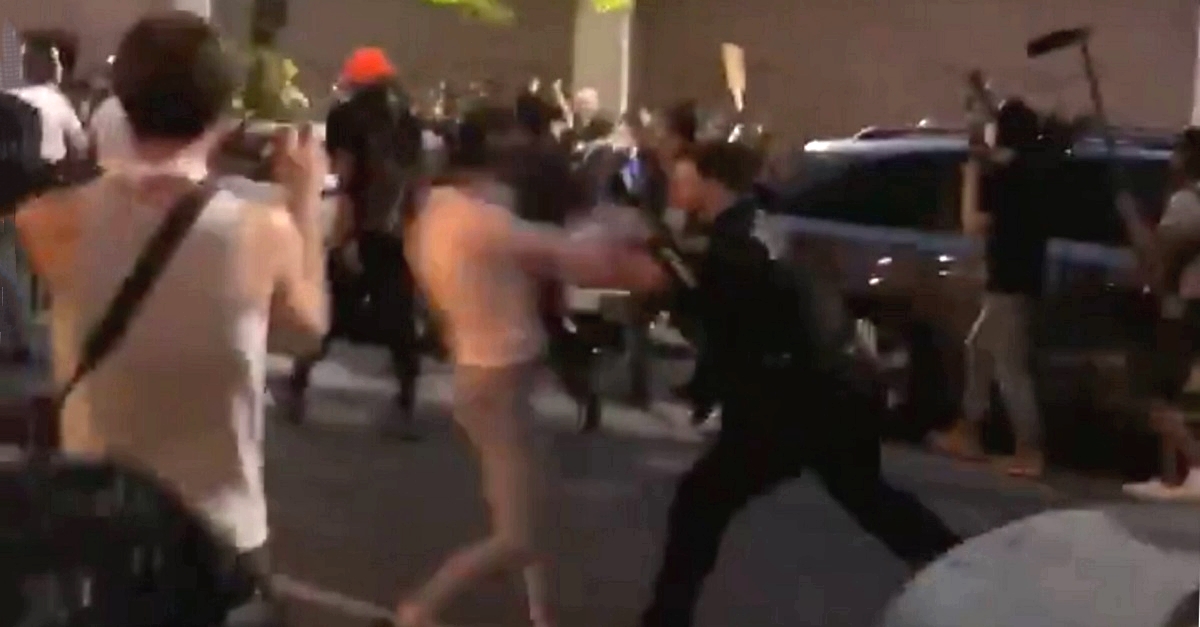 A woman named Dounya Zayer was violently thrown to the ground by a police officer during protests in New York over the police killing of George Floyd, and the incident was captured on video — including commentary by Zayer from her hospital bed.

The nationwide unrest over the killing of Mr. Floyd — which has resulted in a third-degree murder charge against Derek Chauvin, one of the officers involved in the death — has produced many stunning and disturbing viral video moments.

One such moment began with Zayer being told to get out of the Brooklyn street where she was protesting, after which she says he threw her phone.

This is the officer. He threw my phone before throwing me. As you can see I was already backing up. All I asked was why. pic.twitter.com/8mct5GrztV

Seconds later, in a scene that was captured from multiple angles, the officer violently threw Zayer to the ground, reportedly while calling her a “stupid fucking bitch.”

Unbelievable. I just saw this women get thrown on the ground by the NYPD. Poor girl, is now in an ambulance after fainting #BlackLivesMatters #nycprotests #brooklyn #GeorgeFloyd #JusticeForGeorge #BarclaysCenter #brooklynprotests #solidarity pic.twitter.com/SuQpy2OIKj

NYPD officer just called a female protester a “stupid fucking bitch” and threw her to the ground pic.twitter.com/18YUHYmqQa

And in a sign of the social media times, Zayer then posted video commentary about the incident — from her hospital bed.

Stop making excuses for the police. They are supposed to be protecting us. Not hurting us. pic.twitter.com/SoYtWMxIMh

By Saturday morning, Zayer’s story was among those being reported on cable news.