What is Antifa? And Can Trump Declare it a Terrorist Organization? 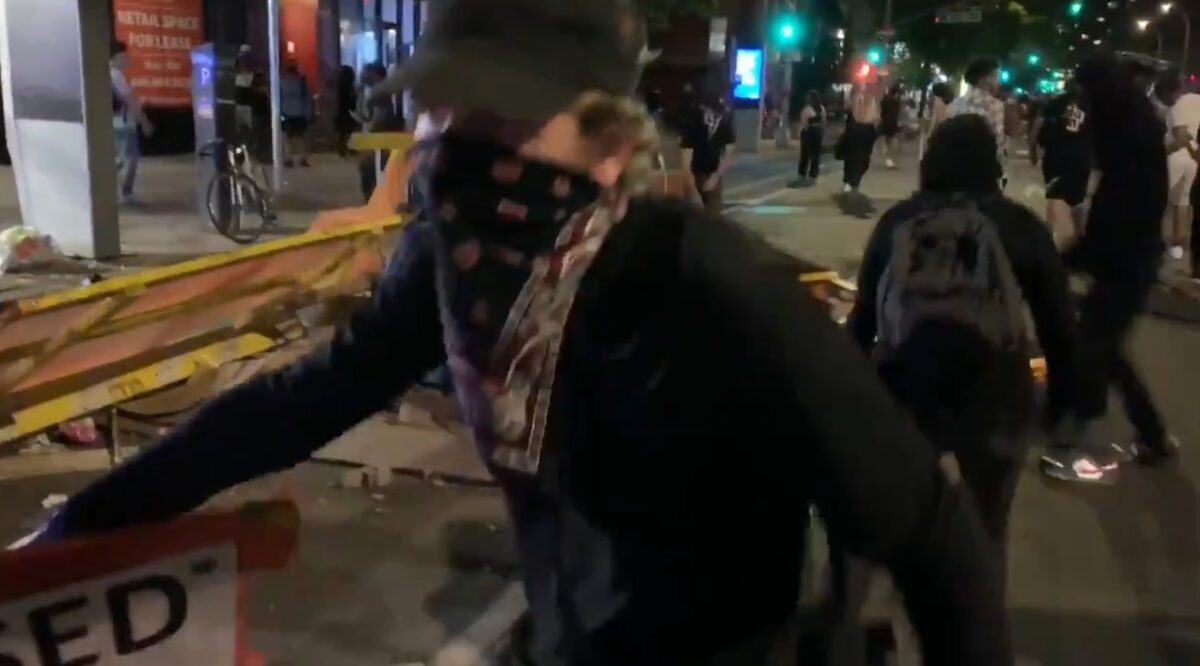 As looting, violence, and property damage has competed in the headlines with peaceful protests calling for justice and an end to police brutality following the death of George Floyd, President Donald Trump has cast blame for illegal activity squarely on one group: Antifa.

This culminated with the president’s Sunday announcement that “The United States of America will be designating ANTIFA as a Terrorist Organization.”

The United States of America will be designating ANTIFA as a Terrorist Organization.

Right off the bat, it’s unclear how this move would work. There are a series of legal questions about labelling a domestic group as a terror organization. What’s more, Antifa is not an organization with a leadership that can be prosecuted. So what is it?

Antifa, short for anti-fascist, is not so much an organization, but rather a loose collective of far-left activists who often act independently of each other while advocating for their preferred causes. The group’s goals vary by the member, but many of them hold a shared interest in demonstrating against fascism, bigotry, the far-right, and what they see as the oppressive elements of capitalism, law enforcement, and authoritarian government.

While anti-fascist movements were prominent in the 20th century — under Benito Mussolini’s rule in Italy and Adolf Hitler’s Germany — the Antifa movement has developed an public profile in the United States in recent years, after its adherents were involved in a number of incidents at political rallies and social events. While some of their tactics provide nonthreatening provisional support to other movements like #BlackLivesMatter, the group has earned a negative reputation for getting caught up in violent clashes, property damage, and other radical acts.

Mark Bray, a history lecturer at Dartmouth College who has written about Antifa, spoke to New York Times about how members justify themselves when taking militant action.

“The argument is that militant anti-fascism is inherently self-defense because of the historically documented violence that fascists pose, especially to marginalized people,” he said. Bray further elaborated that if racist or fascist groups are allowed to organize freely, “it will inevitably result in violence against marginalized communities,” which Antifa touts as justification for their own violence.

Some members of Antifa work in groups to advance their agendas, though they don’t really have a national leader or any kind of broad organizational structure, so cracking down on their membership — rather than their actions at political events — may be difficult. Nonetheless, Trump, his administration, and his allies seem focused on continuing to cast them and other “anarchists” as responsible for the violence at nationwide protests.