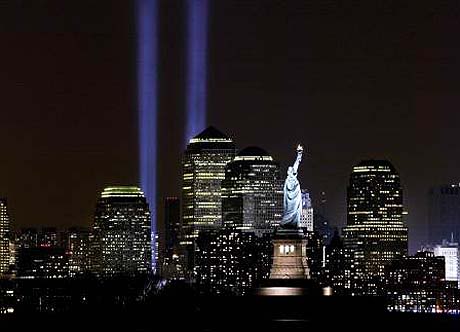 At some point during the presidency of Barack Obama, I was touring the Ronald Reagan Library here in Southern California and I was hit with a jarring realization. The man whose life I was revisiting was not now an active part of our ongoing national narrative, and he was no longer really relevant to modern day American political life.

Sadly, it suddenly occurred to me that Reagan was now simply part of history. Someone to be remembered, but not all that often, and, even then, strictly in the past tense.

Today, on the 16th anniversary of the 9/11 terror attacks, I am getting much the same sensation. It feels like 9/11 as an event, is now just another piece of our history. Something which happened in a different era that is only slightly more relevant to today than say the Japanese attack on Pearl Harbor.

I certainly do not mean to diminish the significance of this day by making this observation which, for all I know, may not be at all widely shared. As with most Americans over the age of say twenty-five, 9/11 has had a profound impact on my life.

In addition to the obvious and universal impact of that unforgettable day itself, my future wife was a guest on my old Los Angeles radio show on the 5th anniversary of it to discuss how she taught 9/11 lessons to her classroom. My first documentary film was about the censorship of the ABC miniseries “The Path to 9/11,” which coincidentally aired that same night.

There are several reasons why this year’s anniversary seems both different and transitional. One is that the 16th anniversary of anything is inherently less likely to evoke much reaction (heck, there are now lots of college students with absolutely no memory of the day).

We are coming off the 15th, which given humanity’s bizarre obsession with numbers ending in zero (and therefore those numbers half way to zero being given more significance than others), dictated that last year’s remembrance had renewed attention. I have no doubt that on the 20th anniversary it will be a big deal again, but a lull in fanfare is rather natural in this timeframe.

There are other factors contributing to this phenomenon as well. Osama bin Laden is long dead and the president who finally got him is now out of office. And even though the war in Afghanistan lingers on, Al-Qeada has been surpassed by ISIS as the primary global terrorist threat.

Then there is the massive hurricane currently hitting Florida, and the fact that 9/11 lands on a Monday this year. In short, there are all sorts of reasons for why this year’s anniversary has been largely overshadowed.

However, at least for me, no development has pushed 9/11 from something I always considered to be a current part of our societal fabric to a historical date that was now decidedly part of our past, more than the fact that Donald Trump is now the president of the United States. Contrary to what that assertion might sound like, this has nothing to do with his politics.

To me, the primary big-picture challenges of 9/11 were based in two factors. The first was whether or not we would become a more serious nation, and the second was if we would be complacent and forget how and why it happened.

Even before Trump’s election and his ensuing narcissistic and immature trivialization of the highest office in our country, it was pretty clear that we as a nation had failed on both of these counts. After these developments, there is no longer even a legitimate debate about these issues.

Trump was clearly the least qualified of all the Republican presidential candidates, and yet he somehow won the nomination without even much of a fight, with everyone simply waving a white flag rather than battle this absurdity to the political death. While Hillary Clinton was a historically horrible candidate, at least she was somewhat qualified and serious about the job.

Yet we somehow elected Trump. Pathetically, I am more convinced every day that it was partly because many voters just wanted the entertainment value they hoped he would create.

Trump is neither remotely qualified for the job, nor is he serious about it. He acts far more like a crazed child who thinks he is king, than as the president of the greatest democracy man has ever created. In short, he is a bad joke and we as a nation must not only accept responsibility for what his election says about us, but also the consequences for what it could mean for our future.

In short, if we were still a remotely great nation, as we all hoped we still were, or would at least become again, in the aftermath of 9/11, someone of Donald Trump’s lack of substance would never have gotten remotely close to the presidency. The fact that he, a man who on that very day bragged about how the loss of the Twin Towers meant that his building was now the tallest in New York’s financial district, is actually holding the office is simply an insult to everyone whose lives were either ended, or dramatically altered, that fateful morning sixteen years ago today.