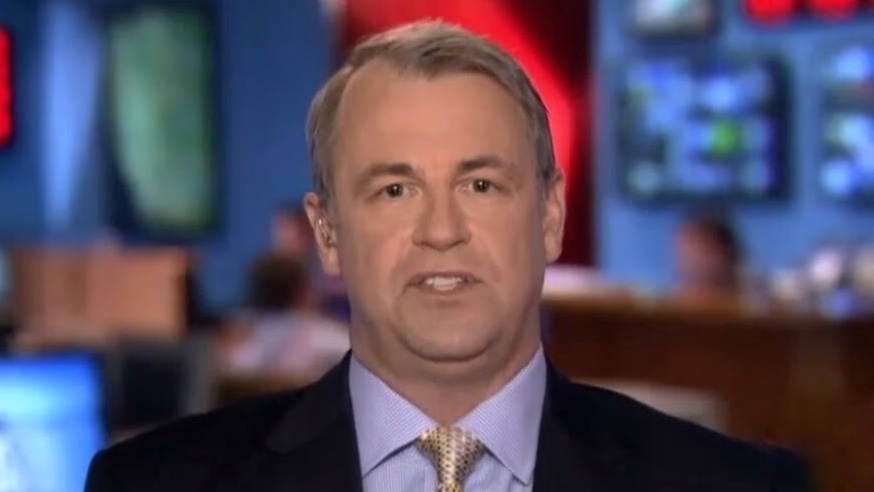 With political polarization in the US reaching a fever pitch under Donald Trump’s presidency, some Americans have joked that a second civil war could breakout. Townhall’s Kurt Schlichter has taken the idea a step further, however, by actually fantasizing about a second American civil war.

To save readers from the pain of suffering through the mindless dribble of an entire Schlichter column (it’s as long as you’d expect), we at Mediaite have compiled a list of the seven best quotes from his aroused bloodlust.

Join us in the battle of “Normal Americans” vs. “Team Kale n’ Vinyl” with these seven PatriotHole-esque quotes.

1. Schlichter claiming very important people ask him for advice on the possibility of a second civil war:

“Probably because I’ve spent time where they actually had a civil war, many people ask me – people whose names you know – whether I think this turmoil will all end in a Second Civil War. They are seriously concerned, and not without cause – the left’s hatred for Normal Americans and its dedication to totally stripping the people who are the backbone of this country of their ability to participate in their own governance is threatening to rip the country apart.”

2. Schlichter saying “stupidity and hatred” of Democrats could start a civil war — a conflict he is definitely not passionately rooting for:

“Civil war is unlikely, but never underestimate Democrat stupidity and hatred. The Schlichter family learned that lesson a century and half ago, the last time the Democrats decided to try to impose their hatred of basic human rights on the rest of the country, when an army of Democrats burned our family hometown.”

3. Schlichter fantasizing about Wisconsin hunters sniping US soldiers in tanks:

“For example, how do a bunch of hunters in Wisconsin defeat a company of M1A2 Abrams tanks? They ambush the fuel and ammo trucks. Oh, and they wait until the gunner pops the hatch to take a leak and put a .30-06 round in his back from 300 meters. Then they disappear. What do the tanks do then? Go level the nearest town? Great. Now they just moved the needle in favor of the insurgents among the population. Pretty soon, they can’t be outside of their armored vehicles in public. Their forces are spending 90% of their efforts not on actual counter-insurgency operations but on force protection. Sure, they own their forward operating bases, and they own a few hundred meters around them wherever they happen to be standing at the moment, but the rest of the territory is bright red.”

4. Schlichter using his own fiction book as evidence that suburban old men with AR-15s from Dick’s Sporting Goods could defeat the US military:

“As my recent novel illustrates, American guerillas with small arms are a deadly threat to the forces of a dictatorship.”

5. Schlichter giving would-be terrorists advice on how to shut down the trucking industry:

“A few guys shooting up big rigs along the interstate would shut down the entire trucking industry.”

“For example, San Francisco is a hotbed of treason, but the populace is largely unarmed and is trapped in a confined area. You put a brigade on securing the Golden Gate and Bay Bridges, then put a brigade on the San Francisco Peninsula to cut off the I-280 and US-101 corridors. Next you go to the Crystal Springs Dam and cut off the water. Then you watch and wait as the tech hipsters run out of artisanal sushi rice and kombucha. After about a week, they surrender. After all, you can’t eat and drink smugness. LA is just bigger in scope – more corridors to cut off, but in the end the population concentrations in large liberal urban areas that are their strength also make them extremely vulnerable to logistical pressure.”

7. Schlichter’s many attempts to turn the phrase “Normal Americans” into a proper noun:

“It’s obvious that the central tenet of the Democrat Party platform is now hatred and contempt for Normal Americans.”

“And nationally, these aspiring fascists are especially eager to disarm Normal Americans.”

“They are seriously concerned, and not without cause – the left’s hatred for Normal Americans…”

“The first scenario is that the Democrats take power and violate the Constitution in order to use the apparatus of the federal government to suppress and oppress Normal Americans.”

Schlichter did not respond to immediate requests for comment as to how he brought himself to write something so staggeringly stupid, but he has been celebrating his own column on Twitter for “annoying liberals.”