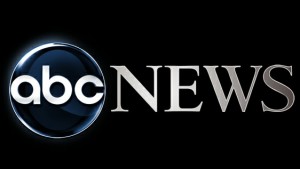 Even in today’s voracious new media news environment (or especially), journalism is a tough field to break into, especially television journalism. ABC News has announced a program that could give participants a leg up, offering aspiring journalists from “a variety of racial, ethnic, socio-economic and geographic backgrounds” the opportunity to “work closely with an experienced ABC News mentor.”

ABC News announced today the launch of the ABC News Fellowship program to attract and develop aspiring journalists from diverse backgrounds for a rigorous and rewarding year-long opportunity.   Starting this July, future news leaders will rotate through several ABC News departments and broadcasts while mastering editorial, production, and newsgathering skills.  Participants from a variety of racial, ethnic, socio-economic and geographic backgrounds will work closely with an experienced ABC News mentor.

“ABC News is committed to recruiting, developing, empowering and promoting our industry’s future leaders,” said ABC News President Ben Sherwood.  “In a rapidly changing world, we must embrace and encourage outstanding new journalists who will help our viewers see the whole picture.”

ABC News is now accepting applications for a July 2, 2012 start date. Candidates must have a Bachelor’s degree, solid writing skills, shooting and editing experience and a minimum of two years of journalism experience to be considered.  Positions are offered on a rolling basis and participants will be employed by ABC News for a full year.

For more information and to apply to ABC News’ Leadership Program, visit the job posting here .

It’s tough to place a value on this kind of opportunity. As the beneficiary of several unofficial network news mentorships, I can tell you that even a limited amount of time and advice from news pros like National Journal‘s Major Garrett (late of Fox News), NBC News’ Chuck Todd,  Fox News’ Ed Henry (late of CNN) and, of course, ABC News’ Jake Tapper, has been a priceless free education in journalism (although I undersand if those guys refuse the credit/blame). Any aspiring journalist would be crazy not to jump at the chance to get this kind of experience, and get paid for it, to boot.

The network says it will be hiring several fellows this summer, and hopes to expand the program thereafter.