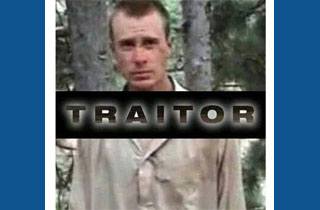 The man behind the Facebook group “Bowe Bergdahl is NOT a Hero!” isn’t, as most would initially believe, some conservative crank mad at the Obama administration for swapping five Taliban prisoners in exchange for the American prisoner of war. According to Jake Tapper, Greg Leatherman, the creator of the group, was actually one of Bergdahl’s squad leaders before he disappeared and allegedly abandoned his post.

The page was created last Saturday, the day Bergdahl was released, and has become a gathering place for fellow soldiers to air their many grievances against Bergdahl, whom they consider a deserter both directly and indirectly responsible for the lives of dozens of soldiers. While many of his former squad members have told their stories to the press, the level of animosity on the 8,000 member-strong Facebook page is vitriolic, to say the least. Here’s a random sampling via screenshot: 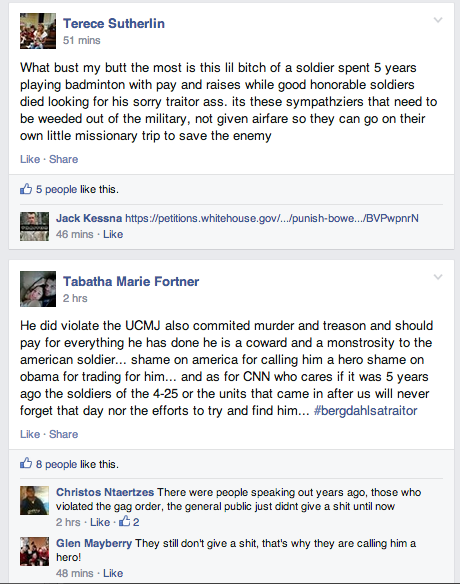 In addition to moderating the group (and asking the commenters to show at least some respect for what Bergdahl went through), Leatherman started a White House petition asking the Administration to punish Bergdahl for desertion. So far, it’s collected over 4000 signatures. (Given how the White House responded to something as inane as a Justin Bieber petition, however, we wouldn’t suggest that people raise their expectations for this one.)

In an interview with Tapper, Leatherman came off diplomatically. “I’m pleased to see him returned safely,” he said. “From experience, I hope that he receives adequate reintegration counseling. I believe that an investigation should take place as soon as health care professionals deem him fit to endure one.”