Affirmative Action is Imperfect, But It's Not Hurting White People
Opinion

Affirmative Action is Far from Perfect, But It’s Not Hurting White People 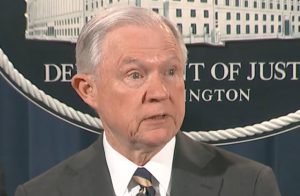 Across both sides of the aisle, everyone is able to agree that affirmative action has its flaws.

Many in the left-wing support the idea, discussed in Michelle Alexander‘s The New Jim Crow, that it’s a short-term solution that can be a positive force for some families of color but does almost nothing for truly impoverished, crime-ridden communities.

Meanwhile, many on the right have somehow managed to misrepresent affirmative action as racist toward white people, for simply acknowledging that many immigrant families and people of color have had very different experiences in America, rendering their educations, like their life experiences, different from white people’s. And who else shares this view and is now fighting for it in the Justice Department?

None other than Jeff Sessions, who is reportedly leading an initiative to target affirmative action as purportedly harming white students.

You’d think at this point it wouldn’t be so controversial to accept and acknowledge the completely different historical and modern experiences of black and white people, and that these experiences should account for some consideration in the college admissions process. Historical slavery and the systemic social and economic disenfranchisement of black people, through segregation in much of the 20th century   and, later on, the War on Drugs, led to far less opportunities for their families for generations, as well as significantly higher modern poverty rates in black communities.

In the same vein, lingering systemic discrimination against African-American youth often leads to far harsher disciplinary action than their white counterparts face for the same behaviors, additionally reflected by statistics about black and white youth and police brutality. And as for affirmative action actively harming white people, there’s a difference between race and cultural experience being taken into account, and race and cultural experience being the deciding factors in admissions.

Statistics shared by Vox last year in the wake of the Fisher v. Supreme Court ruling indicate that white women have benefited from affirmative action more than any other group, despite being the least likely to support it.

After roughly two decades of affirmative action policies in place, white women held the majority of managerial jobs, rather than African American, Latino, or Asian American women, according to a 1995 report by the California Senate Government Organization Committee. Vox noted that women are more educated, successful, and are even increasingly becoming family breadwinners thanks to policies that have made higher education more inclusive.

Given this, it’s not uncommon for white anti-affirmative action activists to pivot and suddenly pay attention to Asian Americans as we saw in June 2016, solely to promote a narrative that benefits white people. There are, to be sure, some legitimate criticisms to be made of affirmative action and its effects on this demographic, but these criticisms, as always, do Asian Americans a disservice by lumping them all together and ignoring the different needs and experiences of different Asian communities.

These affirmative action opponents who self-servingly use Asian Americans as shields neglect to consider the existence of Cambodian, Laotian and Hmong Americans, who have some of the highest poverty rates and the lowest college attendance rates in the country. One 2009 study found white applicants three times more likely to be admitted to selective schools than Asian students with the same academic records, suggesting Asian Americans are, actually, beneficiaries of the policy.

And in either case, the silence of anti-affirmative action activists on mental health in high-achieving Asian American communities, and a host of other legitimate issues this demographic faces, is deafening.

At the end of the day, there really should be major reforms to how race and identity are treated in education, from protecting trans people’s ability to safely use restrooms, to investing more into communities like Flint, Michigan, where young people are more concerned about getting a drink of clean water than getting in to Harvard.

As a system, affirmative action is flawed in that it can distract from major issues that continue to plague the American education system for people of color, or be misrepresented as a cure-all solution when, in reality, it’s just the tip of the iceberg. Affirmative action is imperfect — but not because it hurts white people, which it doesn’t.