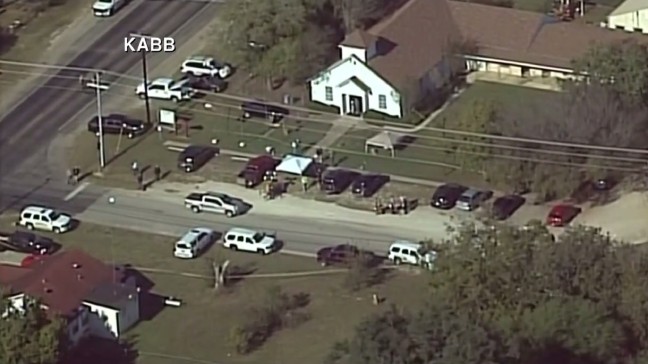 There has been much discussion over the past 24 hours about how Devin Patrick Kelley was able to obtain the firearms he used to commit the mass shooting at a Texas church considering he received a bad conduct discharge from the Air Force in 2014 following a court-martial due to domestic violence.

Well, we now have our answer.

In a statement released by the Air Force today, a spokesperson confirmed that Kelley’s criminal convictions didn’t make their way into the federal database.

Below is the statement, via Texas Tribune’s Alexandra Samuels:

Ann Stefanek, Air Force spox, makes it official: Devin P. Kelley should *NOT* have been able to buy or possess firearms under federal law. pic.twitter.com/Hp7Ie2mDbO

Kelley served 12 months in confinement after being convicted of two counts of domestic abuse against this wife and stepson. The Air Force stated that it is now reviewing how Kelley’s records were handled

The 26-year-old killed 26 people and injured 20 more after he opened fire on a Sutherland Springs church. He later died of an apparent self-inflicted gunshot wound following a high-speed chase.